‘Star Wars: The Last Jedi’ Director Had A Long List Of Options Before Deciding Who Rey’s Parents Were

Even though it’s been a massive success at the box office, last month’s Star Wars: The Last Jedi still seems to have divided fans and audiences. One of the biggest points of contention among purists is the film’s reveal of exactly who Rey’s parents were.

WARNING: THE REMAINDER OF THIS ARTICLE CONTAINS MASSIVE SPOILERS FOR STAR WARS: THE LAST JEDI!

Toward the beginning of the film’s epic climax, the villainous Kylo Ren helps Rey uncover the truth she has been dying to learn.

It turns out she’s known the truth all along: her parents weren’t special, they were simple junk traders who sold her off for drinking money.

Theories about Rey’s mysterious parentage had abounded among fans since the release of Star Wars: The Force Awakens in 2015.

The most popular hypotheses included her being Luke’s daughter, a descendant of Obi-Wan Kenobi, or perhaps even the daughter of the Emperor himself.

Director Rian Johnson has now revealed that before he began writing The Last Jedi, he had a long list of every possible option.

“I honestly listed everything I could think of,” says Johnson. “Even awful possibilities where I said, ‘This is not what we’re going to do.’

“I mean the less silly one was, ‘Is she a clone?’ Anything that’s a theory on Reddit now I guarantee was listed on that document.”

The worst idea on the whole list, according to Johnson, was the possibility that Rey was actually some kind of life-like robot.

So how did he decide to make Rey’s parents into nobodies, rather than any of the other more mythical possibilities open to him?

In the end, Johnson says it came down to “What is the hardest thing she could hear?” and the answer had to be the opposite of Darth Vader’s “I am your father” reveal from The Empire Strikes Back. In so doing, the director says he took what was a seemingly complicated question and gave it a simple answer. 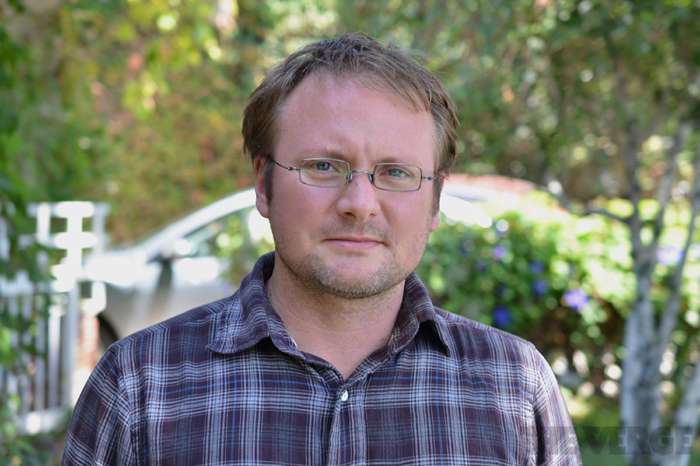 Megyn Kelly Getting The Ax From NBC Over Jane Fonda Drama?