According to new reports, Katherine Jackson has unfortunately suffered a stroke that left her struggling to speak or see. A number of sources have confirmed that the 87-year-old mother of the late Michael Jackson has been having huge health problems for a while now.

Currently, the matriarch is at home recovering, surrounded by her big family.

One source explained that ‘She suffered the stroke about a week ago. Katherine was in the hospital, but she is now at home again. She is having trouble seeing and speaking. But it is under control, the doctors are monitoring it. Apparently, this is not the first stroke that she has had. Rebbie and another of her kids are with her.’

For her newest health scare, Katherine was allegedly treated at a hospital in the San Fernando Valley area.

The woman has her loved ones to take care of her as the medical specialists are also continuously monitoring her state, so we can only hope everything is going to be Okay.

Another insider confirmed the reports as well: ‘She did have a small stroke. There have been a number of strokes over the years, and her overall health would be considered poor.’

Katherine Jackson was born in 1930, in Alabama and the mother of ten has contributed to the industry by raising one of the most musically successful families ever!

In 1949, she married music manager Joe Jackson and starting with the next year, and up until 1966, Katherine welcomed no less than ten kids, including twins Brandon and Marlon who sadly died just hours after being born.

In 2009, she also lost her most famous son, Michael Jackson, who passed away unexpectedly.

After his death, Katherine took over his estate and was also named the legal guardian of his three children – Blanket, Prince, and Paris. 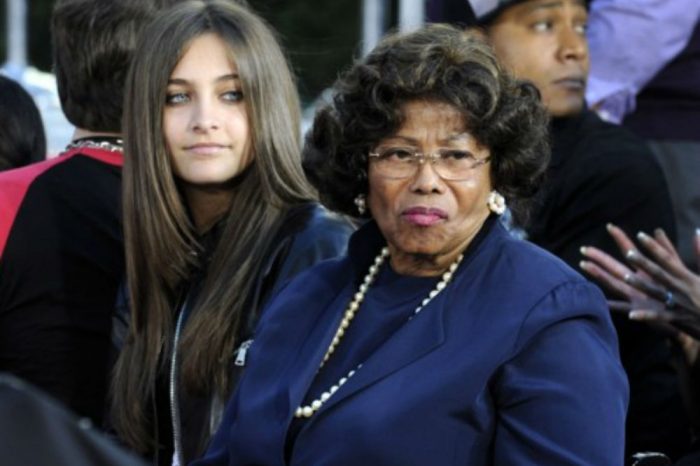 Michael Jackson’s Mother Abused For Years By Her Nephew! Read The Horrid Details!

Michael Jackson’s Mother In a Legal Battle Over His Estate!

Lindsay Lohan Admits She Would Like To See The 'Mean Girls' Musical - Will Tina Fey Allow It?

Radar Online lied. Lied like they always do when blogging about the Jacksons. She did not have a stroke.