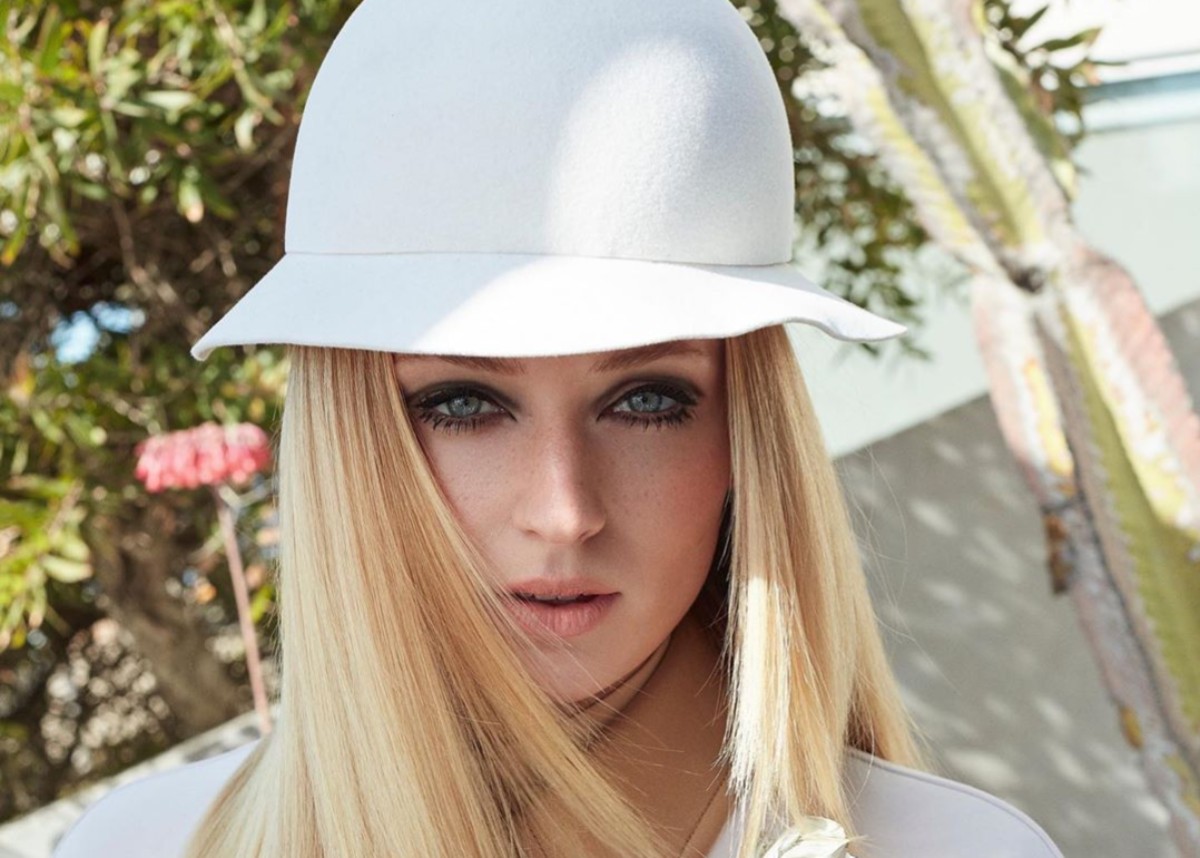 Sophie Turner can’t stop fueling pregnancy speculation after choosing to wear a number of adorable babydoll dresses that could absolutely serve as maternity wear. Sophie is celebrating not one, but two Elle magazine covers and though she’s making fashion headlines for covering Elle US and Elle UK, she’s also making news for her fashionable style. After wearing a plaid mini dress with white go-go boots, she donned a light blue, babydoll dress from Doen and photos of Sophie in the outfit are going viral. Sophie looks amazing in the baby doll dresses as the 5’9″ beauty has long legs that look stunning in each ensemble. Though Sophie or Joe haven’t officially announced a pregnancy, fan speculation is high and there have even been reports that they are expecting a baby this summer.

The dresses Sophie has been wearing not only leave plenty of room to hide a growing baby bump, but are loose, comfortable and very feminine. The blue babydoll dress, called the Chateau, features ruffles around the neckline and sleeves. Fans say that Sophie has the pregnancy glow and some have pointed out that whenever the paparazzi seems to snap a photo of Sophie, she appears to go out of her way to cover her stomach.

You may see several photos of Sophie Turner wearing the babydoll Chateau dress from Doen below.

Sophie loves to pair her baby doll dresses with boots and her blue dress was no exception. After wearing white go-go boots with her previous outfit, Sophie opted for a pair of black combat boots with her dress. She was seen with Joe Jonas who was stylish in Louis Vuitton.

Also fueling the pregnancy speculation is that Sophie’s wardrobe has changed over the past months. It seems everything she wears now is baggy or loose and leaves plenty of room around her midsection. It has been quite a while since Sophie has worn anything skin tight and fans believe they know why!

Here is a photo of Sophie Turner and Joe Jonas wearing a Louis Vuitton shirt with an out-of-this-world, planetary design.

You may see another of Sophie Turner’s babydoll looks below.

What do you think about Sophie Turner’s evolving style?

Do you think she is dressing as if she’s pregnant and accomodating a growing baby bump?