Tamar Braxton shared a really cute photo featuring herself in a Fashion Nova outfit, and while some fans liked it, others seem to have some issues. They accuse Tamar of promoting a brand which is not black-owned and which don't acknowledge her promoting their products.

Someone jumped in the comments and slammed Tamar: 'Fashionnova isn’t black owned! So can I ask why do you rep them so much??? They don’t even acknowledge all the promo you give..smh.' Some people agreed, but others said that maybe she just likes the brand so what's the problem in that. 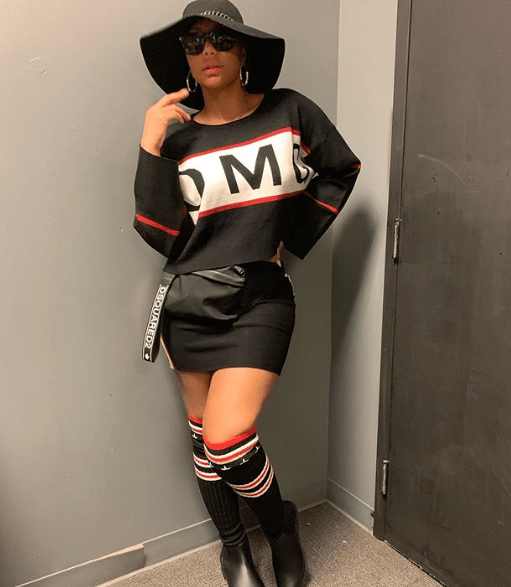 A fan said 'Girl that outfit is the BomB. Com. love to have an outfit like that,' while another commenter said 'ONCE AGAIN. you show em why you THE ONE! I love you 🔥'

Kandi Burruss' Husband, Todd Tucker Is In Love With Their New Restaurant - See The Video

One commenter said 'I keep telling y'all @tamarbraxton is not here to play no games! She's so damn pretty!! 😍😍😍😍 #Vocals4Dayz.'

A fan wrote: 'Yes and grow your hair out now please and thank you no shade because I will always love always have. Let's slay YOUR hair! I KNOW it can be done because you've always been beautiful 💋💋💋💋💖💖💖🤗🤗🤗💕💖💗💕'

Recently, Tamar blew her fans' minds in a red latex outfit that she wore during one of the Dungeon representations.

As you probably know by now, she’s been touring with Kandi Burruss and performing in the racy show called Welcome to the Dungeon.

She shared a video from the latest performance during which she rocked a latex outfit which showed a lot.

The tour was supposed to be over, but Kandi recently said that maybe she comes up with more dates and locations.