Kandi Burruss made fans happy a while ago when she announced that she's taking the racy show called Welcome to the Dungeon on tour. She also had people excited when she announced her guest stars. Among them, there was Tamar Braxton as well, and this surprised some fans.

Now, Kandi shared a clip to announce that she's heading for LA and San Francisco with the show but some people are addressing the fact that Tamar is also on her tour. Here's what they're saying.

'West coast we’re on the way! Tomorrow We’ll be in #sanfrancisco & Friday we’ll be in LA. I can’t wait!' Kandi captioned her post.

One follower whom people are later calling an 'instigator' has this to say: 'So Tamar B. is too busy and tired ....but got all the energy be part of your show🤔.....and you allow her to take part when she did nothing but talk shi* about you in her interviews when ya'll were on Big Brother 🤨.....u only said nice things about her when you were asked questions....and even came to her aid when Lolo Jones was going to show her not be fooled by her white girl features cause her pimp hand was strong....your name maybe Kandi but you sugary sweet when it comes to Tamar messy ass💅'

Kandi and Tamar's fans hopped quickly in the comments to defend the ladies' friendship even if more people agreed that Tamar should not be on the show. 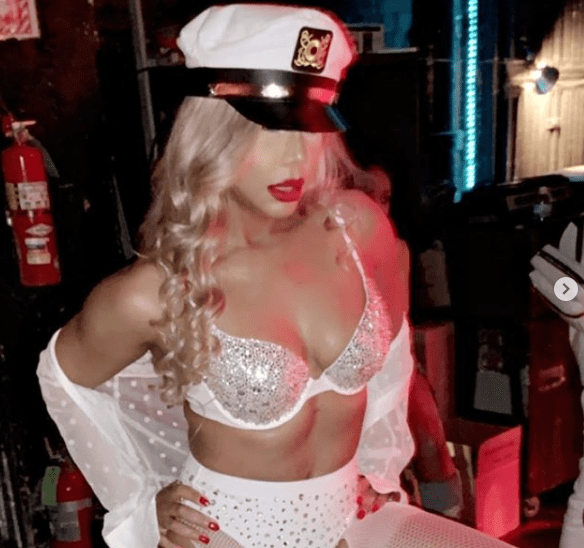 Someone said 'These two women have worked out their differences and their moving forward to building a stronger friendship. As far as her niece funeral goes unless you have been there, leave her alone. We just buried my niece last Saturday and I didn't go home for the funeral. Not because I couldn't, because I didn't want to. I couldn't handle seeing her put in the ground. Seeing my sister broken the way she was. So everyone deals differently and the death of a loved one is mentally tiring.'

Another follower defended Tamar and told the hater: 'stop LYING instigator. She never talked shit about her in interviews. They both said very nice things about each other.'

As already revealed, this week, Kandi and her amazing crew will be taking the show to San Francisco and LA .

Gabrielle Union Surprises Fans With A New Announcement: 'You’ve Got Anything Stronger? '