It seems that in Sofia Richie ’s case, revenge is a dish best served hot. And by hot we mean the hot looks she’s been rocking ever since she broke up with Scott Disick .

After Scott commented on his ex-partner Kourtney Kardashian ’s swimsuit body, Sofia showed off her fit body and killer abs in a yoga outfit. The 21-year old wore a blue cropped sweatshirt and tight leggings to the yoga class at Sunset Plaza.

Although the weather in Los Angeles was quite hot, Sofia chose a long-sleeved crop, probably wearing a sports bra underneath for the yoga session. She also wore a face mask since California requires its citizens to use it in public places amid the pandemic.

Sofia held her hair in a tight bun and covered her eyes with brown sunglasses, being barely recognizable to the paparazzi. However, her fit body and love for crop tops gave her away!

The beautiful model added white socks and Givenchy slides, later on choosing to take off her socks. She was on the phone for most of her walk to the Plaza. 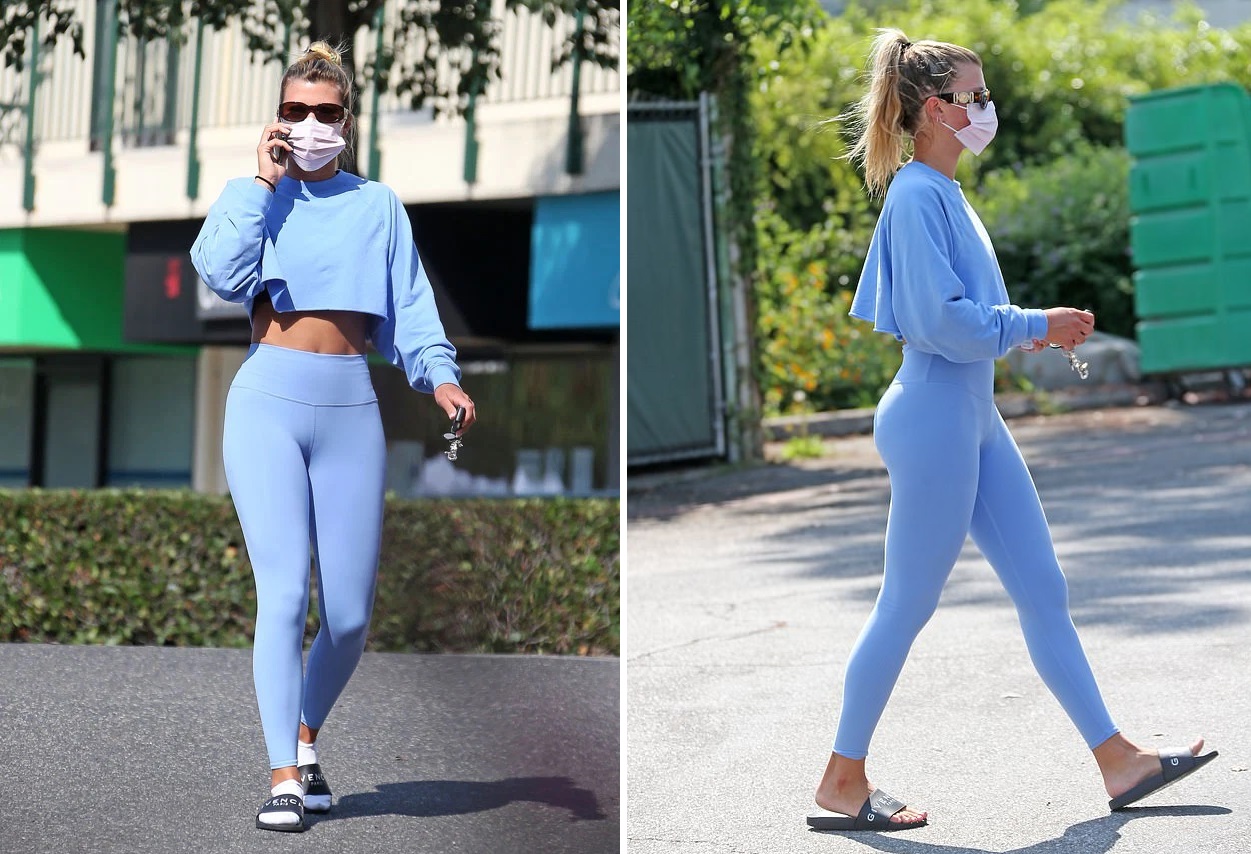 Just a few days before being spotted in this outfit, Sofia was in Santa Barbara, where she shared photos of herself in Frankie's Bikinis. She wrote in that photo “I have a beautiful friend that makes beautiful bikinis.” Holding a drink, the model flaunted her fit body in those pink and white bikinis.

Meanwhile, Scott was having fun enjoying the last days of his vacation with ex Kourtney and their three kids at Lake Coeur d'Alene. This takes us to his flirty comment on Kourtney’s swimsuit photo .

Although Sofia and Scott split in May after being together for three years, they reunited on the 4 th of July. According to an insider, Scott and Sofia’s relationship has “has taken a bit of a backseat and it's not either of their main priorities right now,” notes Daily Mail.

Amelia Hamlin Gushes Over ‘Light Of Her Life' BF Scott Disick On His Birthday - Check Out The Sweet Tribute!

KUWTK: Kim Kardashian Reportedly Gets Restraining Order Against Stranger Who Sent Her An Engagement Ring Amid Kanye West Divorce!

Angelina Pivarnick Accused Of Cheating On Her Husband In Jersey Shore Sneak Peek!