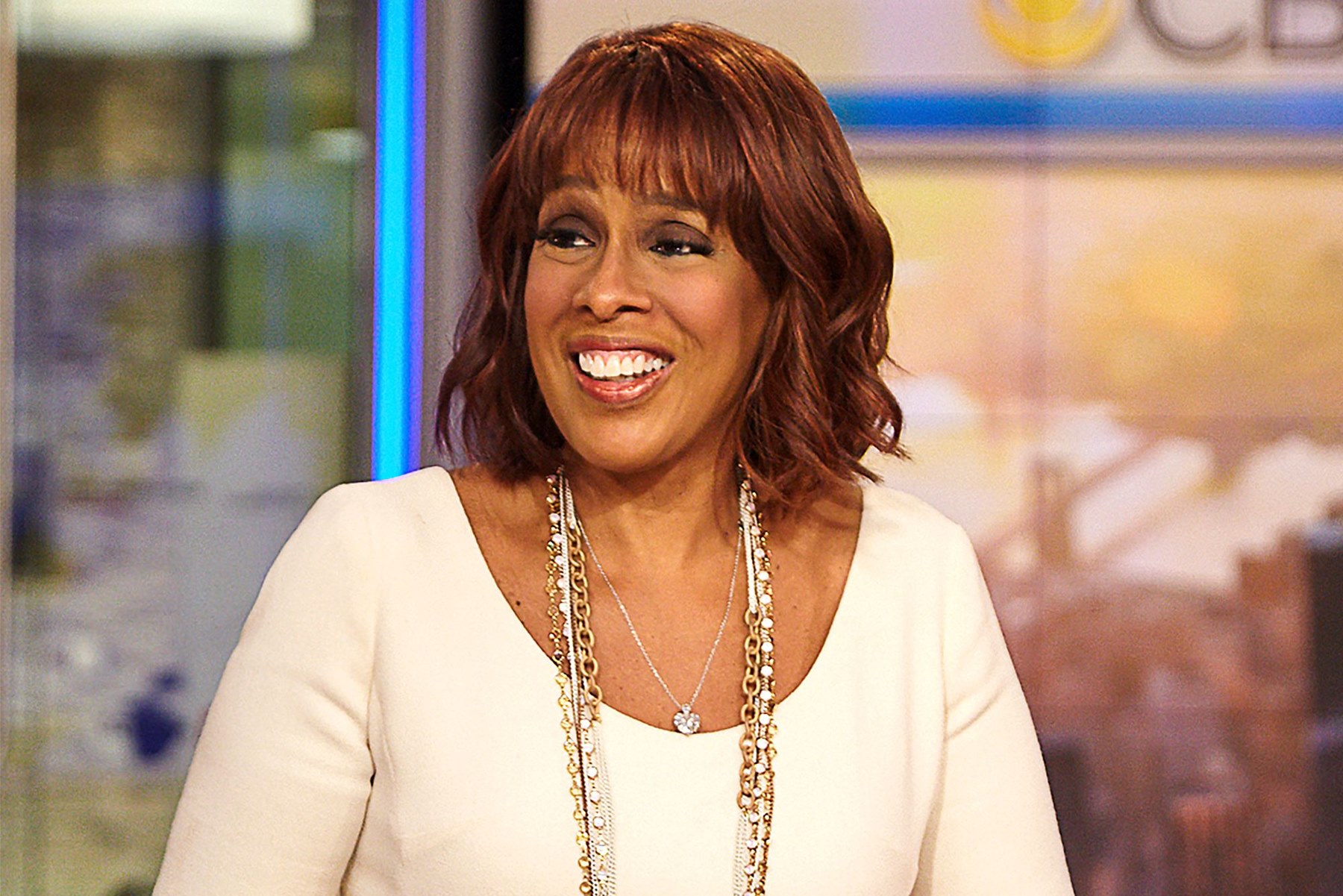 Gayle King is getting merciless dragged by people on social media, including Snoop Dogg, 50 Cent, and LeBron James, for her recent interview with legendary WNBA player Lisa Leslie where she questioned Kobe Bryant’s legacy.

The CBS This Morning co-host sat with WNBA player Lisa on Tuesday to talk about the shocking passing of Kobe and his daughter, Gianna Bryant. The pair and seven other people died in a helicopter crash two weeks ago.

This is despicable. Gayle King is one of the most principled, fair and tough journalists alive. Snoop, back the **** off. You come for @GayleKing, you come against an army. You will lose, and it won’t be pretty. https://t.co/nUxcYCLS62

Gayle asked: “It’s been said that his legacy is complicated because of a sexual assault charge which was dismissed in 2003, 2004. Is it complicated for you, as a woman, as a WNBA player?”

Lisa responded by: “The kind of person that would … do something to violate a woman or be aggressive in that way.”

After being bashed for the clip, Gayle decided blamed CBS for the drama.

She said: “Unbeknownst to me, my network put up a clip from a very wide-ranging interview. [It was] totally out of context, and when you see it that way, it’s very jarring. I’ve been advised to say nothing, just let it go. ‘People will drag you, and people will troll you. It will be over in a couple of days.’ But that’s not good enough for me because I really want people to understand what happened here.”

We waiting. Gayle 🎥. When is that interview gonna air

One person said: “Gayle and Oprah get on my eff’n nerves. They’ll find any opportunity… they so tired. This is so unnecessary and hateful. 🔥🔥”

Did that fake ass micheal Jackson shit to tarnish his name with them lying ass kids and here she is with a known rapist smiling and laughing. Fuck u and Gayle. Free bill Cosby.

This backer stated: “I know it’s her job “supposedly,” but why even ask that. Let the man Rest In Peace. The fuck I can’t stand Gayle. 🙄”

i apologize for his language in advance, to people who get distracted by words and miss the point. @snoopdogg expressing how he feels about Gale & oprah funky Dog Face LOL #starzgettheapp #abcforlife #lecheminduroi #bransoncognac

Another follower revealed: “I’m sick of Gayle and Oprah! I will be glad when the white people turn on them so they can pipe the hell down with the madness!”

One Instagrammer shared: “Thank you @lisaleslie for handling this with so much grace and elegance. My ass would’ve flipped the table. 👏🏾👏🏾👏🏾”

W. T. F. Is this another one it’s adding up now y’all not with us @lilduval Trade this bitch

This obsever stated: “Ummmm, she brought it up as the interviewer, then asked if it’s fair to talk about? Am I the only one confused? So people not noticing the industry has been using Gayla and Oprah to take down their OWN they are being used to kill black men LEGACY.”

Former Obama administration official Susan Rice, who does not like to play and is fierce, has come to Gayle’s defense and slammed Snoop for his attacks. 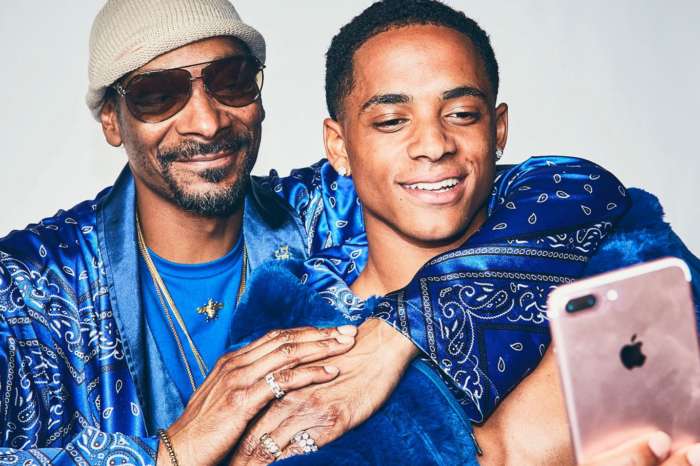 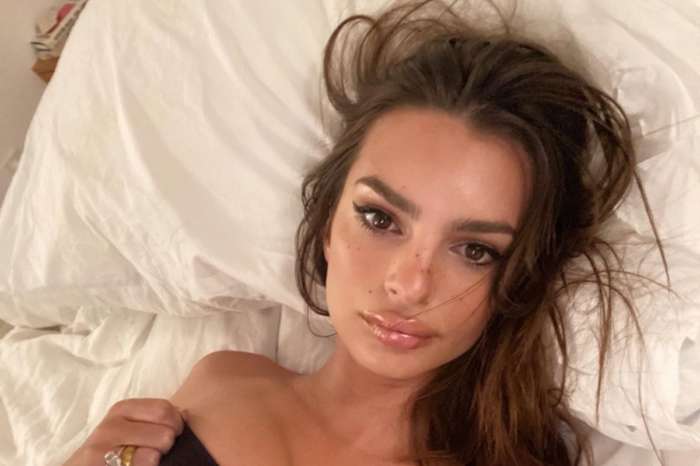 Gayle is human just like all of you who have criticized and disrespected her. Take a moment to reflect on a time or times when you made a mistake/s talking about someone died and or living? Yes! Kobe was loved and still is but think about what he would say? Would he call Gayle out of her name and try to degrade her?. You all are going against what he believed in for women and their rights? Gayle isn’t a vicious person as you all seem to want to believe. I have heard so much criticism and judgments about black and brown people. If you all knew Kobe then you wouldn’t be acting so disrespectful towards Gayle and Oprah. I am not rich or famous but I have been listening to Kobe’s many speeches about love, career, women, family, etc and I know he is turning over in his grave about this issue when you all need to focus on you lives. If you critics want to hate someone and destroy him or her then Trump is your man for he has and still is abusing his power by interrupting Stone’s sentencing and corrupting our nation? Stop the madness with people like Gayle and Oprah who have impacted our communities in a positive way! Focus on voting Trump out of office and using your money and words to destroy him. Remember we all make mistakes and you all can’t judge others when you for one wrong doesn’t make a right? Just keep in mine what Kobe would say and want for he would never had disrespected Gayle and Oprah. Just keep in mine that you all are putting more burdens on his wife and family as you feel Gayle has by keep posting negative and disrespectful things out there that she doesn’t need to read for she has too much grief to deal with! and you call hime your friend and leader!

Gayle is a smart women and she not take the easy way out, by blaming the network. No I don’t agree with the thread and the hate, but this women and his family lost him and a child. This was disrespectful and all kinds of wrong and the network is wrong, I don’t care if I’m the only one, but I I’m going to boycott them for a few days

Yes Gayle should have not made a comment about Kobe at this time. But these men that are speaking out so, try speaking out that loud for what your wives ,That has put up with your stuff.

There’s a reason you NEVER SPEAK ILL OF THE DEAD.

Why would you wait until this young man has passed away to bring a sexual assault case up ? This is sickening. Everyone should have prayers and positive thoughts for him and his family. This world needs more LOVE !

All that money Oprah’s got and used to turn Gayle into a journalist. Bought and paid for career that other’s had to spend tons of money for college to try and get their. This knock off sits here and do the dirty work they wouldn’t give to her white side kicks but I can’t blame for this…She wanted this task so that she could please master. These two sell outs is the enemy of our people. Why don’t Oprah expose who molested her if since she’s so down with exposing black men.Gayles intent was to discredit Kobe in the worst way possible. Keep crying your fake tears no one cares

Yet we say respect family then not only talk

There is a time and place for everything and we say

I’m concerned about supporting Kobe’s mom, sisters, wife, daughter, personal friends, colleagues at this time. Not to mention people all over the world who love him and the kids who look up to him.They need support, protection and respect at this time. He’s not even buried yet. Hard hitting journalistic pieces can come later. Gayle can do her perceived job later. Let the fam be in peace.