Snooki and her husband Jionni LaValle revealed on the YouTube channel of the ‘Jersey Shore’ star the sex of their baby. They will be having a boy!

‘Thank you all for your support. We are so excited, and we’re so grateful for everything that’s happened in our lives, especially our beautiful children,’ she said in the video.

‘So today is a special day because it’s my reveal party. I’m going to tell family and friends what we’re having, and you guys of course.’

Snooki and her hubby are already parents to 6-year-old Lorenzo Dominic and 4-year-old Giovanna Marie.

‘I decided that Lorenzo was going to hit a baseball and the baseball is going to come out with powder, and it’s going to be blue or pink,’ Snooki explained.

Back in November, it was reported that the celebrity was worried before she got pregnant for the third time that she was not going to be able to have more kids.

She took to her Youtube channel to document a sonogram appointment.

‘I’m just super excited to get this going. Jionni and I have been trying to have a baby since July, and now it’s finally happened. I was getting a little worried because it wasn’t happening as soon as I wanted it to,’ she said back then.

Since then she said that she was hoping to have a baby boy because they’re ‘easier to deal with.’ Well, it seems that her wish became true. 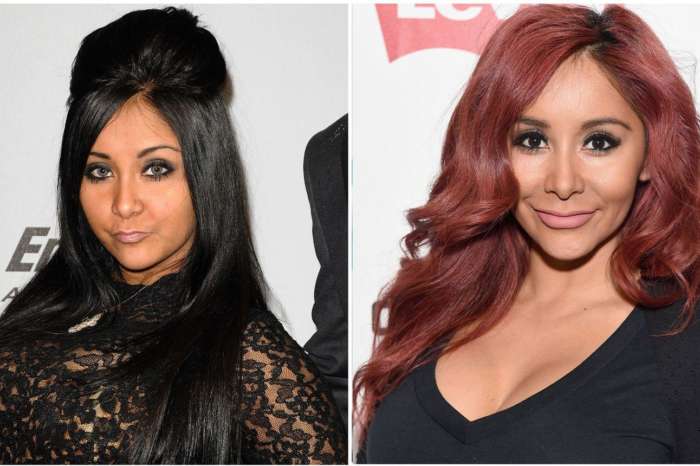