Sinead O’Connor may have left America and disappeared from social media, but a recent appearance in Ireland has assured fans the outspoken, protest singer is alive and doing well. On January 15, 2018, Sinead made a surprise appearance at the 60th birthday celebration for her good friend Shane MacGowan. The event took place in Dublin, Ireland at the National Concert Hall and many notable artists paid tribute, including Bono and Johnny Depp.

Sinead performed a cover of MacGowan’s song “You’re The One” and was met with a warm welcome and thunderous applause. O’Connor went through several public battles with mental health issues before appearing on the Dr. Phil show where she detailed the horrific abuse she and her siblings suffered at the hands of her mother. While Shane McGowan was the guest of honor for the evening, many news publications and social media outlets quickly picked up the story that Sinead was in top form and performed.

Sinead O’Connor and Shane MacGowan collaborated together on the hit song “Haunted” that was released in 1995. The two have enjoyed a long friendship that has lasted several decades.

Fans of both artists were happy to see Sinead there and performing the tribute to her good friend. As Sinead has been out of the spotlight since her public nervous breakdown, please for help against suicide, and time spent in a treatment center, the response to her tribute was well received.

You may see a video of Sinead performing “You’re The One” in honor of Shane MacGowan in the video player below.

You may see Sinead O’Connor and Shane MacGowan perform “Haunted” in the video player below.

Shane MacGowan was honored with the lifetime achievement award which President Higgins presented to him.

Fans across social media quickly reacted to seeing Sinead performing again and remarked that she looked healthy and happy.

Fans were deeply concerned for her safety and well-being, and many expressed concerns after seeing her on the Dr. Phil show.

Watching Sinead O'Connor singing a song by Shane MacGowan on the day Dolores O'Riordan died, I couldn't help but think about how we treat our artists in the media. I don't think we celebrate our imperfect but immensely talented artists as respectfully as they deserve.

Sinead O'Connor looks happy and healthy as she parties with Johnny Depp https://t.co/YupPSZRTaI via @MetroUK

Though fans were happy to see Sinead, it couldn’t go without notice that Shane MacGowan was being celebrated on the day fellow Irish singer Dolores O’Riordan passed away.

What are your thoughts about Sinead O’Connor leaving America and social media and returning to Ireland? Did you see her on the Dr. Phil show? What was your response? 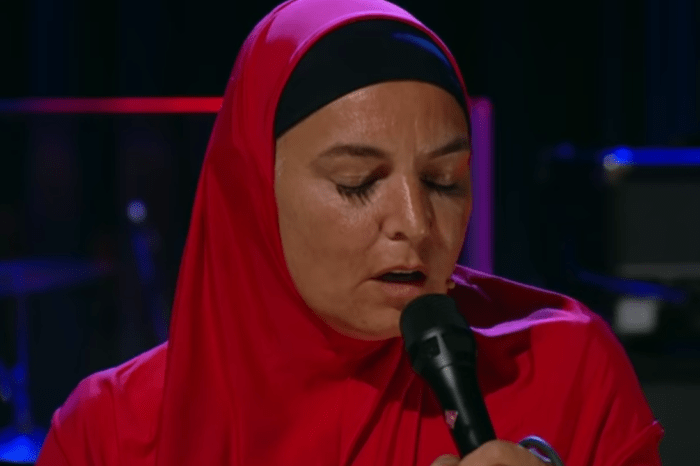