Selma Blair is showing off some of Draper James' most classic styles and she looks stunning doing so. Sharing several photos to her official Instagram page, Selma wore her good friend's Reese Witherspoon 's' clothing line and fans couldn't help but remark how radiant she looked. Selma has had plenty of health struggles as she continues to battle multiple sclerosis and for the 48-year-old beauty, some days are better than others. She looked magnificent while wearing the Short Sleeve Natalie Sweatshirt in Gingham paired with the matching Natalie Sweatshorts, also in gingham and fans want details on the look.

Reese named her fashion brand Draper James after her grandparents (Dorothea Draper and William James Witherspoon) and the garments exude classic southern charm and style. Reese and Selma starred together in 2001's Legally Blonde as Reese portrayed Elle Woods and Selma played the character Vivian Kensington. Selma is also known for her work in Hell Boy and the cult classic Cruel Intentions.  Though she faces daily challenges due to having multiple sclerosis, she hasn't stopped working.

RELATED: The Well-loved Diane Keaton Says She Only Has A Few Friends In Hollywood

Selma recently appeared in the 2020 film After We Collided and the television series Lost In Space and Another Life . She recently voiced the character Witch Hazel in the animated series Duck Tales.

Selma is also a poignant writer and those who follow her on Instagram quickly notice her writing style. You may see the caption she included along with two photos of herself wearing Draper James below.

RELATED: Selma Blair Gets Real On Her Struggle With Multiple Sclerosis - Says It Seems Like She's Getting 'Sicker'

What an excellent day was had yesterday... basking in the golden light of nostalgia and today. The warmth and fun of all of the artists, writers, and glam and wardrobe crews...To be a character in this hollywood classic that Elle Woods brought to sparkling life... it feels good. And then this perfect playful outfit (for the Vivian Kensington in all of us) arrived from Reese. By Reese. A lovely respite. I’m going to watch legally blonde with my son this week. Perhaps. If he will sit still.

RELATED: Reese Witherspoon's Draper James Fashion Label Tried To Give Dresses To Teachers Amid COVID-19 Pandemic, But It Turned Into A Marketing Disaster

Selma looked radiant as she basked in the sun wearing the Draper James' Natalie outfit. 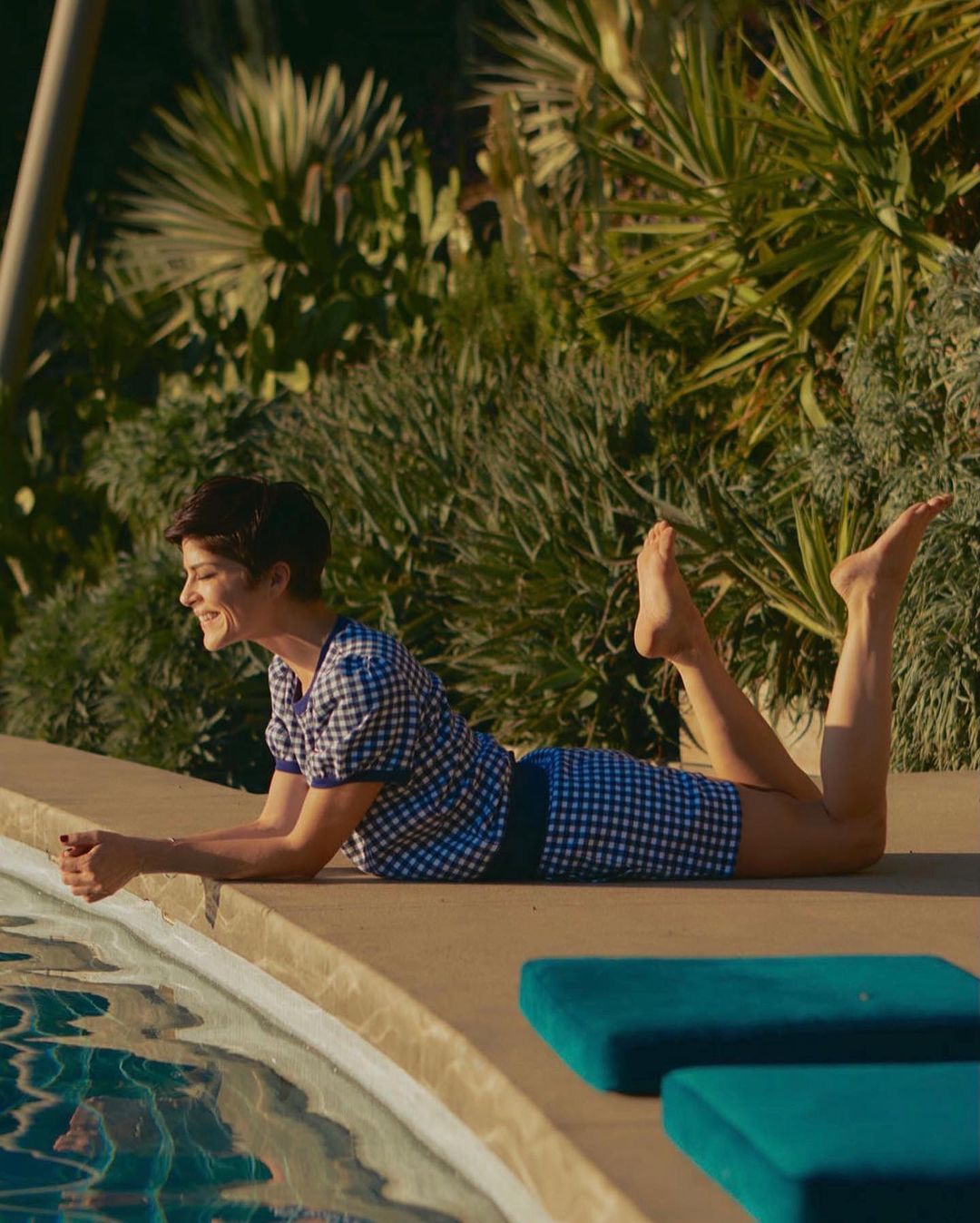 What do you think about Selma Blair 's Draper James outfit? Do you like the look?