Remember when Reign Disick had his long locks cut and his momma Kourtney gave him a buzzcut? At the beginning of this month, KUWTK star Kourtney Kardashian shaved her 5-year-old boy’s head and people have had very different reactions.

Some thought that baby Reign’s long hair was gorgeous, and what’s not to like? However, a critic wrote on one of the star’s videos “Bruh cut your son hair…smh…”

Kourtney clapped back at the critic and wrote “Most gorgeous hair on earth anyone who says otherwise ABCDEFG.” The iconic catchphrase meant that the argument was closed.

That was on April 13, but August 4, Kourtney decided to shave off Reign’s hair, and everyone that loved the adorable long-haired boy was shocked to see him with no hair!

Now that nearly a month has passed, Reign’s hair has started to grow. His father Scott Disick took to Instagram on August 26 and shared a photo on Instagram Stories of him with his son. 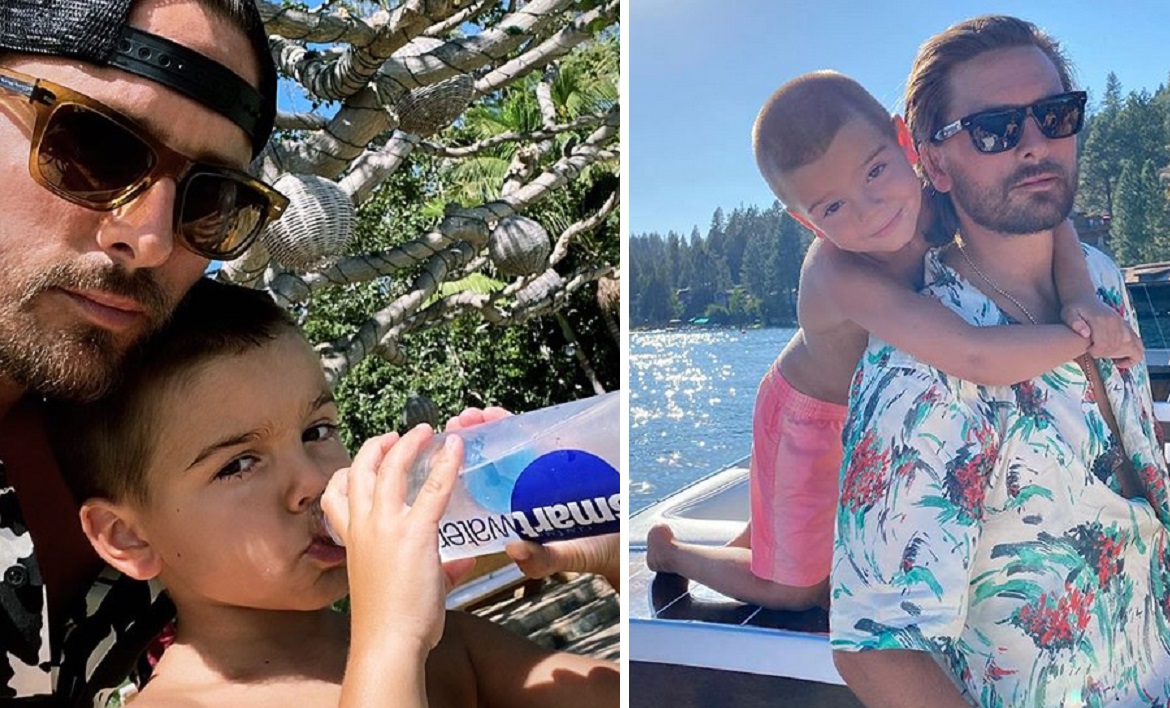 Scott is resting his face on Reign’s head, while the kid is drinking water from a bottle. Scott chose to wear a black baseball cap backward and a pair of shades.

Now that Reign’s hair grew a bit more, you can see it got darker than what it looked before. He looks more like Mason, his older brother.

Kourtney chose not to cut her son’s hair ever since he was born, so when she shared the major change on August 4 on Instagram, she captioned the photos with the message “I am not ok.”

Kourtney saved Reign’s long braid and took a few more photos of his hair’s cutting process. In one of the photos, Reign looked like a baby Leonardo Di Caprio. In the end, all the hair had to go and that’s why Kourt was shocked!

Since Reign got his new haircut, Scott went with him and the family on a trip, where they posed on a boat, with the lake and the trees in the background. “Just a little reign and sunshine,” captioned Scott the photo on the right.

Kourtney Kardashian Had Her 7-Year-Old Son Reign Interrupt Her