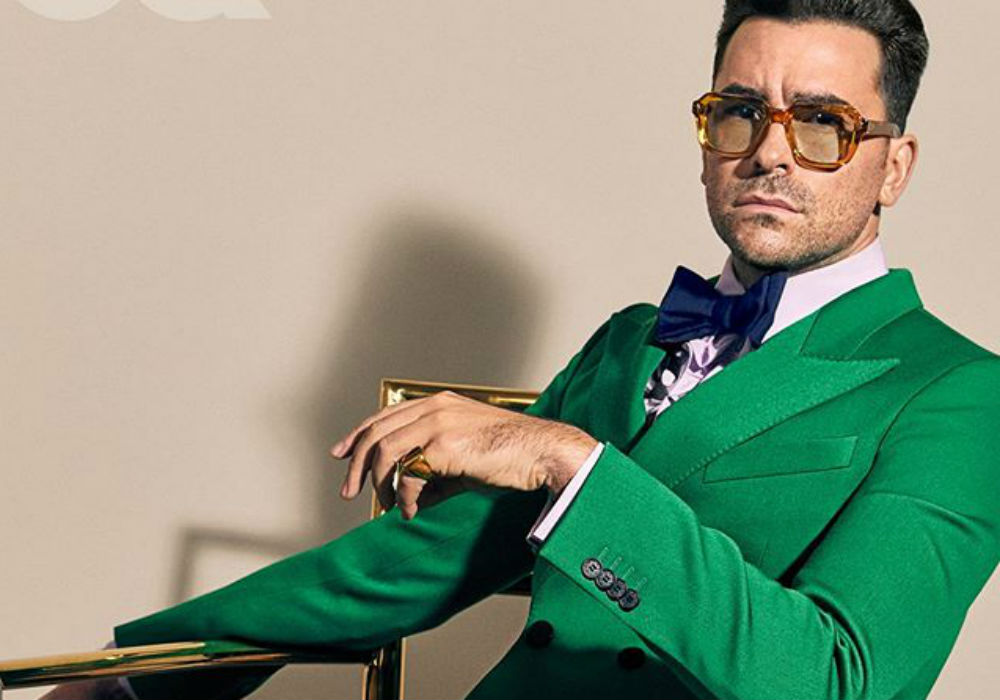 The popular Canadian sitcom Schitt’s Creek is kicking off its sixth and final season this week, and Dan Levy says that fans will be happy with how the story ends. The 36-year-old – who created the show with his dad, Eugene Levy – says that ending something is a daunting task, but the way the story came to him was so organic, writing the final episodes was simple and easy.

Schitt’s Creek features Dan Levy (David), Eugene Levy (Johnny), Catherine O’Hara (Moira), and Annie Murphy (Alexis) as the Rose family, who were once extremely wealthy. But, they lost everything due to a corrupt business manager, and ended up in a small town that Johnny bought David in the early 1990s as a joke.

Surreal to think of how far this show has come. Honored to get to share these last 14 episodes with you all beginning tonight with our season premier on @CBC and @PopTV. I hope you enjoy them as much as we enjoyed making them. X https://t.co/eSAOqI770W

The Roses had to start over when they arrived in Schitt’s Creek (the name of the town), and over five seasons they have grown in unexpected ways while finding their love for each other. The series has received high praise for the writing and for the amazing performances (it received four Emmy nominations last year and just received more noms for this year’s SAG awards). It’s also stood out because the town of Schitt’s Creek is void of prejudice, which is something never done before on TV.

Dan Levy admits he has felt “nervous” about fans seeing the final season because he cares so much about the quality of the show.

“The nerves are just excitement for people to watch this last chapter and hopefully enjoy it and be moved by it in the same ways that we were shooting it and making it,” Levy told People magazine. “I think the fans will be very pleased with how this story ends.”

For the cast of 'Schitt's Creek,' the end is near. That means one thing: heartache https://t.co/YPfRCKsl6D

Levy said that he has known for quite some time how he wanted to end the show, and he wanted to thoughtfully and carefully lay the groundwork for the end of the series in a way that felt easy, instead of it feeling like they were backloading a ton of info on people.

Levy explained that he watched the series finales of shows he really loved, and analyzed what made him love them and why they worked. He said the common thread was the final season had to build to an inevitable conclusion. And, that conclusion gave fans what they wanted, but also gave them something they didn’t know they wanted.

Dan Levy doesn’t want anything to be expected, and he called the last season is “a love letter” to Schitt’s Creek fans and the show’s characters.

Dog The Bounty Hunter’s Daughter Slams Him For Seemingly Moving On With Another Woman Only Months After Wife Beth Chapman's Passing!

I am soooo saaaaaaad this show is ending. I just loved it. It was simple and extremely funny. The characters were so genuinely funny in what appeared to be effortless.

Thank you for the laughs.