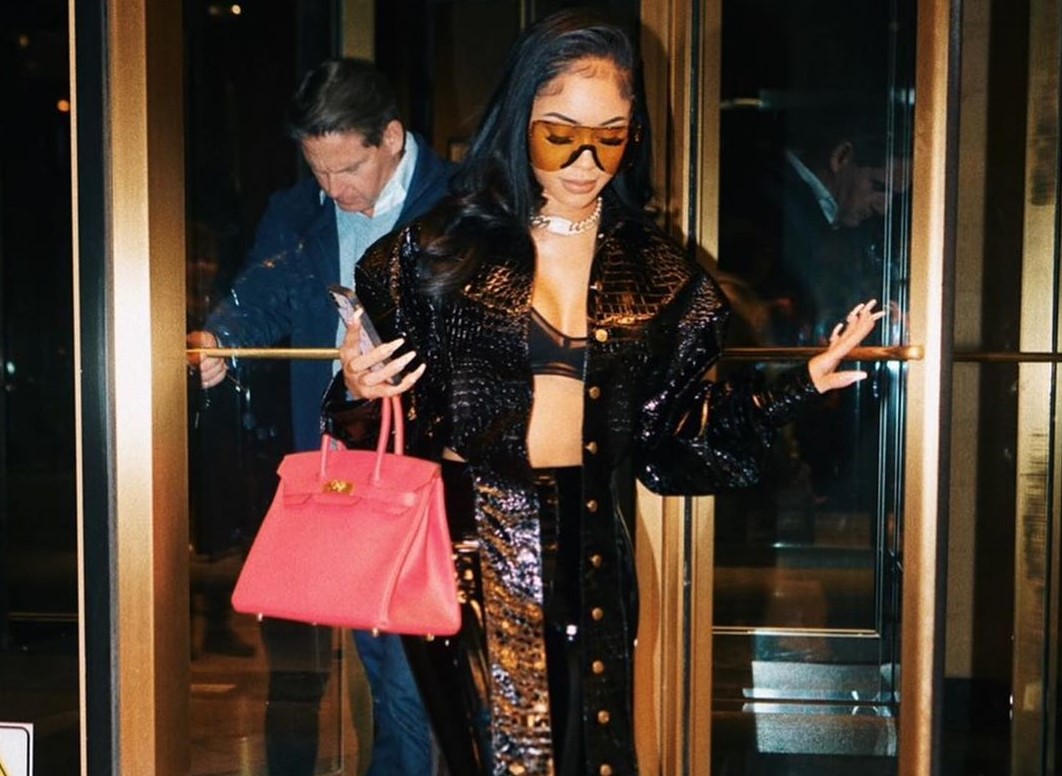 With the Hermès’ Birkin bags that seem to rise even more in demand, celebs like to show off their bag collection, be it ladies or men. But nobody is like Saweetie, who had actually created an Instagram account for her bags!

After sharing a hilarious video of her Birkin bags fighting over who’s Saweetie’s fave, the rapper revealed that she has started an IG account for the bags she owns. We’re not even amazed that the account already has 23.5k followers, although it has one single post!

Let’s check out the video Saweetie shared this weekend. She captioned it with the name of her bag’s account: “Someone tell @birkinbagbratz I ain’t got no favorites!!!! 😂😂😂😂”

Someone tell @birkinbagbratz I ain’t got no favorites!!!! 😂😂😂😂

Saweetie’s boo Quavo responded to this video, saying this was “🤣😂The funniest of all time.” In July, her boyfriend Quavo gifted her two of the bags she has featured in the video. She was very excited when she saw the bags, and shared the special moment on social media as well.

Fans were in tears as they watched the video! “I’m really looking at birkin bags wearing bonnets and durags omg,” wrote someone. Another one said that “if this was a show I would watch it💀.”

Model Winnie Harlow also reached out and added some emojis “😭😂😂😂.” Actress Jasmin Brown also said that “this is BRILLIANT.”

Now, as for her new IG account ‘birkinbagbratz,’ the description and the photo are funny as well: “We thought a b*tch who ain’t have five six figurez in they birkin said sum!”

relaxing at our mommy’s new home while she works on #PBM and no we ain’t telling you hoes nun !

The only photo she posted so far is of her four bags, with the caption “relaxing at our mommy’s new home while she works on #PBM and no we ain’t telling you h**s nun!”

Slim Jxmmi Punched His Pregnant Girlfriend In The Face, Knocking Her Front Tooth Out