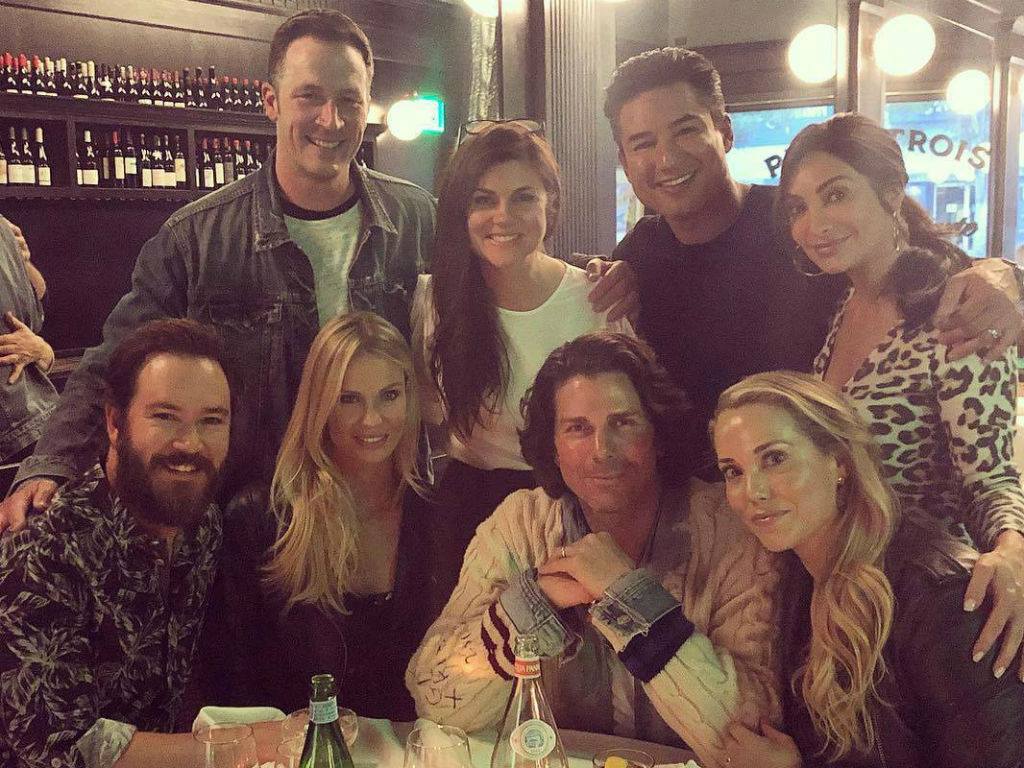 The Saved by the Bell cast had a mini-reunion last night leaving fans longing for the days of Bayside High School.

Four of the hit NBC show’s cast members got together for a night out with their spouses, as they celebrated 30 years of friendship over the holiday weekend. Mark-Paul Gosselaar, Tiffani-Amber Thiessen, Elizabeth Berkley, and Mario Lopez enjoyed a lovely dinner with their other halves at the French Bistro, Petit Trois in the San Fernando Valley on Saturday night.

“This is what 30+ years of friendship looks like,” Gosselaar, who played hunky Zach Morris on the sitcom captioned the photo.

Thiessen, Berkley and Lopez captioned the picture “FRIENDS FOREVER.” All parties involved also chose to comment on each other’s posts.

Lopez decided to showcase the night out with a video he shared on Instagram, discussing how full he and his wife were, as well as how the group was about to play credit card roulette for the bill.

Gosselaar went on to thank Lopez for taking care of the bill in a comment he posted on the Extra correspondent’s video post.

Noticeably absent from the Saved by the Bell’s mini cast reunion was Dustin Diamond, who played loveable but dorky Samuel Screech Powers on the NBC Saturday morning staple. There has been no love lost between Diamond and the other cast members over the years.

The actor has had his struggles since the show ended. Diamond also went public with certain rumors about his time on the show in a tell-all book. Last year Gosselaar admitted he had not spoken to his former costar in 25 years.

Also absent from the dinner reunion was Lark Voorhies, who played fancy and fashionable Lisa Turtle on the show. She has struggle with mental issues over the years and does not talk about her days on the show.

Fans were thrilled to see Lopez, Thiessen, Berkley, and Gosselaar back together again. It definitely stirred up nostalgia for the 1990s and the good old days of Bayside High.