Sanaa Lathan is flaunting her natural hair growth and looking sexy as ever while it, too bad, she has to compete with her adorable yet moody dog, Xena.

The talented Sanaa went blonde, got a bob, and eventually did the big chop for her critically-acclaimed film, Nappily Ever After.

Months after shaving her head bald, Sanaa is happy to debut her pretty curls, but she was upstaged by her dog that decided to give the side eye in the photos and fans are loving it.

One supporter said: “Lolz… I love that dogs look like an old man. your hair grew back really fast. The dog is a whole mood..”

Another commenter stated: “Your hair is growing ooo ..see your Dogs face very handsome. The movie was so good. I cried when you cut your hair. I felt like I shed some things with that scene. Why does she looks like this it’s unreal.”

This third follower claimed: “Damn best friend your hair is growing like wildflowers ? I hope mines do this! Why yo dog looks like that. I love your fur baby in the background. The dog is giving a side eye.”

While making the rounds to promote Nappily Ever After, Sanaa revealed that she has met many women in the entertainment industry who were mean to her.

She said: “Just coming up in the business, I have been treated just horribly by some women that you may know. I won’t call any names, but when you’re working with somebody who’s maybe a little older than you — now I’m the older one — you don’t expect to get competition, and jealousy, and weird vibes on set. And I was very hurt, very early on in my career by a couple of different women.”

So much fun last night celebrating the premiere of #NappilyEverAfter ??‍♀️ with my loved ones and family. Streaming now on #Netflix ? #SwipeLeft @netflix @strongblacklead

She went on to say that she is proud of Nappily Ever After because it represents “the beginnings of inclusivity” and added: “When I was coming up, we were read fairy tales, and fairy tales is kind of what helps us determine what our values are as little girls. And when you read Cinderella…and you don’t see yourself reflected, what does that do to you on a deep unconscious self-esteem way?”

Sanaa is still on top of her game at age 47. 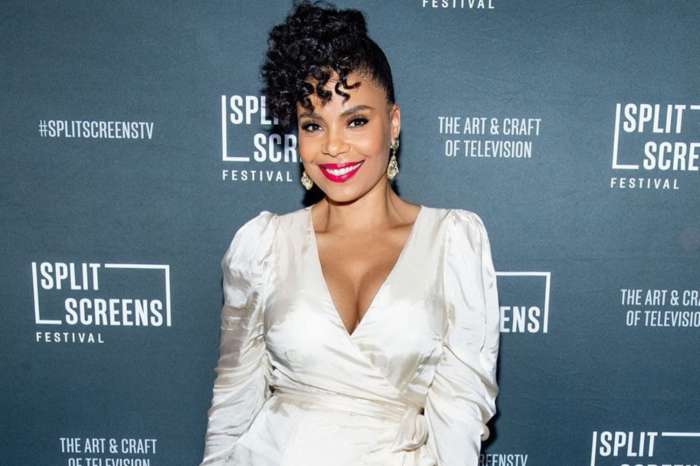