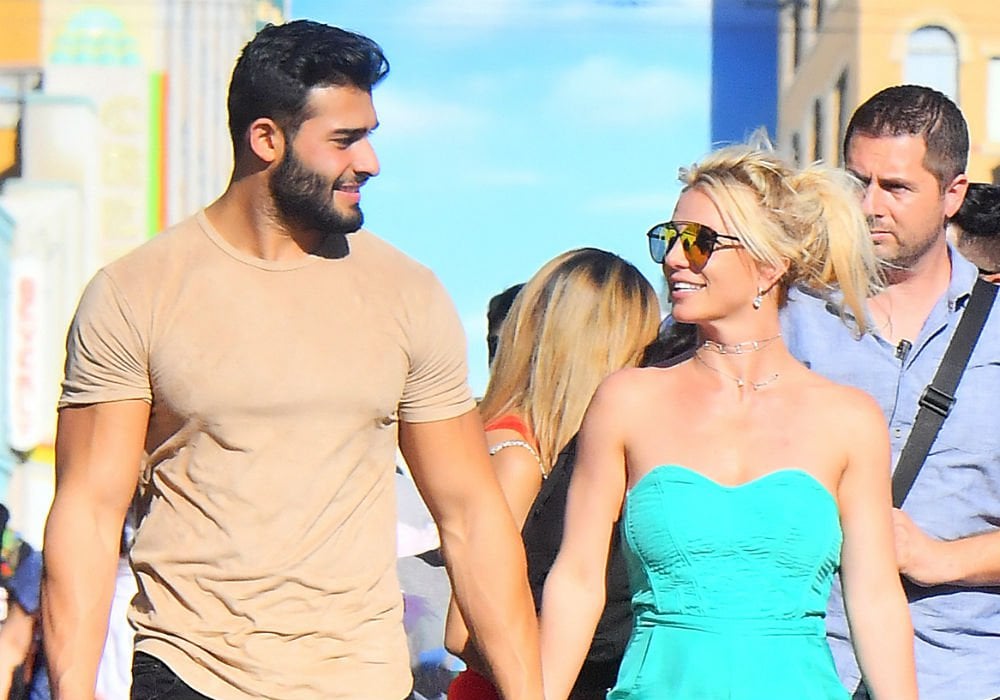 According to a report from Us Magazine, Sam Asghari recently revealed how he takes care of Britney Spears during some of her most difficult moments, including how he pushes her to facilitate her fitness and health goals.

On the 20th of September, at the 2019 Daytime Beauty Awards in Los Angeles, Asghari said to reporters from Us Weekly that he and Britney try to “support each other as best” as they can.

The 37-year-old “Toxic” singer joined her 25-year-old personal trainer at the ceremony where he was honored with the Outstanding Achievement in Fitness award. Britney showed off her bourgeoise looks, demonstrating her fit figure with a black mini dress along with heels.

As fans of the couple know, Sam and Britney frequently post work-out videos together including more unorthodox exercises, for instance, in one video, Sam does push-ups while Britney is on top of him doing her own set of push-ups.

I see people are still criticizing her for no apparent reason. She’s just having a good time with her bf at a movie premiere. What’s wrong with that? The queen looks stunning and happy and all the haters should kiss her beautiful ass✌️ #britneyspears #britney #britneyjean #britneyjeanspears #queen #queenofpop #pieceofme #missamericandream #glory #blackout #itsbritney #vegasney #femmefatale #queenb #popicon #legend #samasghari

Their appearence at the Daytime Beauty Awards came just two days after a court hearing on Wednesday on the 18th of September to reassess her father’s status as her conservator. Earlier in the month, Jamie stepped down from the position, which he has held for approximately 11 years.

Jodi Montgomery was the one to replace Jamie Lynn Spears, however, her father will resume his usual routine once Montgomery’s conservatorship finishes in January of 2020. A source who spoke with Us Magazine said previously that her father wanted to exit the role.

Britney’s mother, Lynne, stated to reporters that it was in her “best interest” for the conservator to be a “neutral third party.” With that said, Jamie hasn’t relinquished his control entirely. In fact, he still wants to control her estate which is reportedly worth $100,000,000.

Another source who spoke with Us Magazine said that Jamie wasn’t “opposed to being removed as the conservator of Britney as the person.” Moreover, the insider claimed Britney’s finances were deteriorating fast before Jamie finally took over. In 2007, she was nearly bankrupt.

KUWK: Are Kourtney Kardashian And Younes Bendjima Really Back Together? - The Truth!