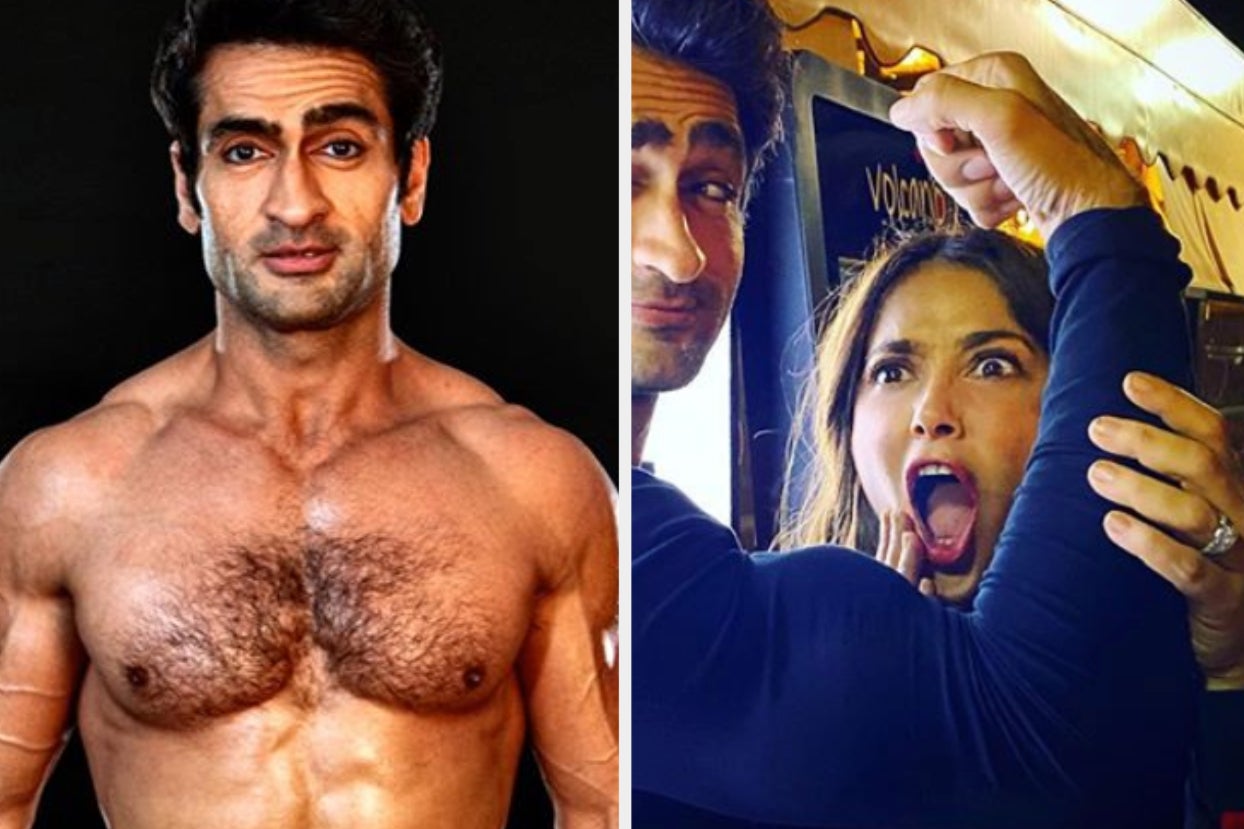 Kumail Nanjiani’s incredible body transformation impressed a lot of people and it turns out that his Eternals co-stat, Salma Hayek is one of them! The actress opened up about it in an interview for ET while in attendance at the Like a Boss premiere!

As those who are looking forward to watching the Eternals know, the upcoming movie stars both Nanjiani and Hayek alongside Angelina Jolie and other big names in the industry such as Kit Harington, Brian Tyree Henry, Lauren Ridloff, and Richard Madden!

About this great cast, the actress told the news outlet that ‘They’re so amazing. It is such a diverse cast, not just our backgrounds and our ages, also in personalities and it is incredible how this director picked these people who are so different that can bond together so well. We are going through a journey that’s so intense and you get a family feeling because it might continue for many, many years.’

I never thought I’d be one of those people who would post a thirsty shirtless, but I’ve worked way too hard for way too long so here we are. You either die a hero, or you live long enough to see yourself become the villain. I found out a year ago I was going to be in Marvel’s Eternals and decided I wanted to transform how I looked. I would not have been able to do this if I didn’t have a full year with the best trainers and nutritionists paid for by the biggest studio in the world. I’m glad I look like this, but I also understand why I never did before. It would have been impossible without these resources and time. So big thanks to @grantrobertsfit who started working with me at the beginning of the year and made me understand true physical pain for months and months. Then, once we started shooting, a massive thanks to @davidhigginslondon and his team (@ellispartridge, @thebeardypt, @tomcheesemanfitness) for training me almost every day and making me strong, limber and injury free. I can almost touch my toes now. (And thank you for forcing me to do cheat meals David.) Matthews Street Catering for their delicious and healthy meals. And finally, the biggest thanks goes to @emilyvgordon for putting up with me complaining and talking about only working out and dieting for the last year. I promise I’ll be interesting again some day. #thirstyshirtless (Photo by @markupson.) (edit: I left off one very important person: @lancecallahan who trained me for 6 years and helped me build the foundation I could use to do this. Thank you!)

In the meantime, Nanjiani took to his platform just last month to post a couple of shirtless pictured in which he was showing off his ripped body!

The actor, turned complete thirst trap, talked about his transformation in the post’s caption, admitting that he’d never thought he’d be the one to pose for such pics.

However, he mentioned how he felt like he’d worked way too hard to reach those results to not show it off!

The man then told his followers that finding out he was going to star in the Marvel movie was what ultimately made him want to change his appearance.