Saint West Is Adorable In A Buggy With Mom Kim Kardashian 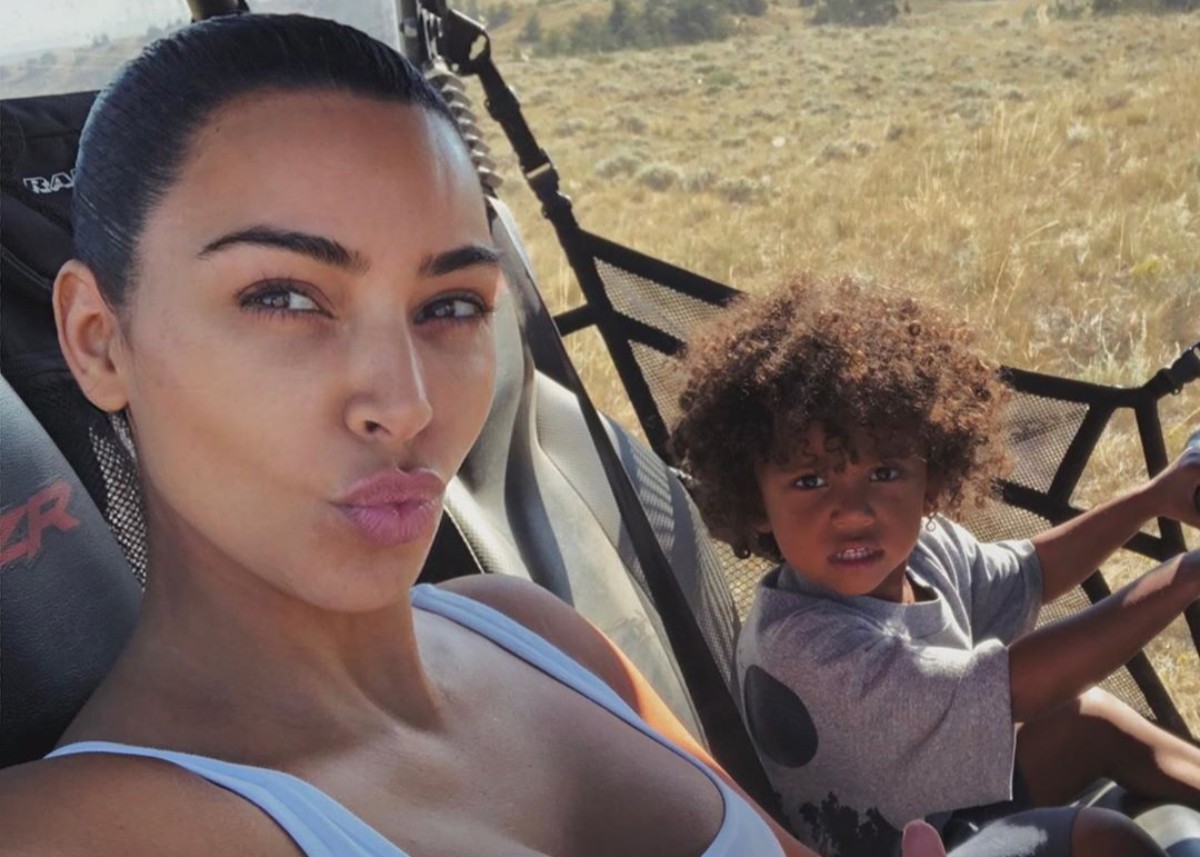 Though Kim Kardashian has been the subject of much fashion news due to being in Paris for fashion week, she shared a photo of herself with four-year-old Saint West riding in a buggy on their Wyoming ranch. If Chicago “Chi Chi” West is Kim Kardashian’s twin, Saint West is Kanye’s.  Saint is usually hamming it up for the camera and is often seen dancing on video at Kanye’s Sunday Services, but in the photo that you may see below, Saint is looking at the camera with a serious expression. Kim Kardashian is puckering her lips and flashing a peace sign at the camera.

Kanye and Kim purchased the Wyoming ranch in 2019, and many suspect they may eventually build a church on the property with more than 4,500 acres of land, Kim and Kanye can build anything they want. It was reported that Kanye has a music studio on the ranch and that is where he finished recording his album Jesus is Born. In addition to the music studio, there is reportedly a restaurant and plenty of room for outdoor activities.

Kim Kardashian has shared multiple photos of herself and the children from the Wyoming ranch on her Instagram and other social media accounts.

You may see the photo that Kim Kardashian shared with her 161.5 million Instagram followers below.

Over the weekend, Kim Kardashian shared a throwback selfie of herself from high school. Immediately, people began comparing the 39-year-0ld mother of four to her two-year-old daughter Chicago West. The resemblance between the mother and daughter is clear and Kim’s followers were in awe of how much little Chicago looks like her mother.

The same is always said about Saint, who is the couple’s oldest son. Psalm West is eight months old and though he looks a lot like Kanye, it is still too early to tell who he will resemble the most.

You may see a side-by-side comparison of Kim Kardashian and Chicago West below.

What do you think about Kim Kardashian and Chicago West? Do you agree with those who say she is her little twin?

Do you think Saint West is the spitting image of Kanye?