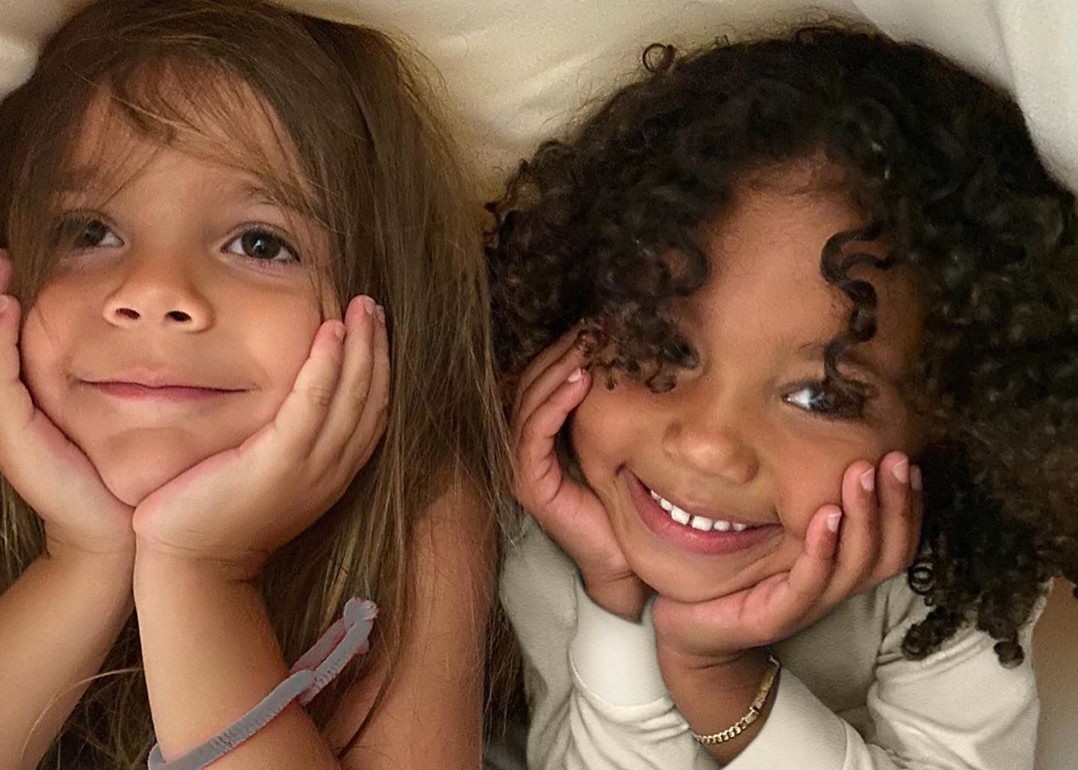 Kim Kardashian has shared the most adorable picture of her son Saint West, 4, and his cousin Reign Disick, 5. The photo comes as the Kardashians and Jenners are finding themselves under intense scrutiny for what appears to many people as defiance of social distancing orders. It had appeared that the Kardashians and Jenners were staying away from each other and several milestones came and went while the family was under quarantine. Khloe Kardashian’s daughter True Thompson celebrated her second birthday without a huge party, Easter came and went, and even Kourtney Kardashian celebrated her birthday while being separated from her loved ones.

Now, nearly a month later, and it looks like the kids are spending time together as well as their parents. Scott Disick celebrated his birthday in Utah with Kourtney, Kim, Kylie, Kris Jenner, and Khloe along with the children and people are livid. Photos and videos of Chicago West playing with True Thompson have surfaced along with Kim’s posting of Saint West and Reign Disick and while people have questions regarding if the family is breaking the rules, they can’t deny that Scott and Reign are simply adorable.

Kim shared the following caption along with the picture.

The photo featured the cousins with their faces cupped in their hands smiling big for the camera. One thing about the next generation of KarJenner kids — they each have a best friend in the family!

You may see the sweet photo that Kim Kardashian shared with her 172.5 million Instagram followers below.

OMG I cant with these two 😍

Kourtney Kardashian co-parents Reign with Scott Disick and many people have questions as to whether the two may end up getting back together now that he is rumored to have split with Sophia Richie.

Kim Kardashian and Kanye West have four children together and reports have circulated suggesting the two are having marriage issues and may be on the verge of separation. Neither Kim nor Kanye have confirmed or addressed the reports and the couple celebrated their sixth wedding anniversary on Sunday, May 24, 2020.