Safaree And Erica Mena Share Cute Video With Their Baby 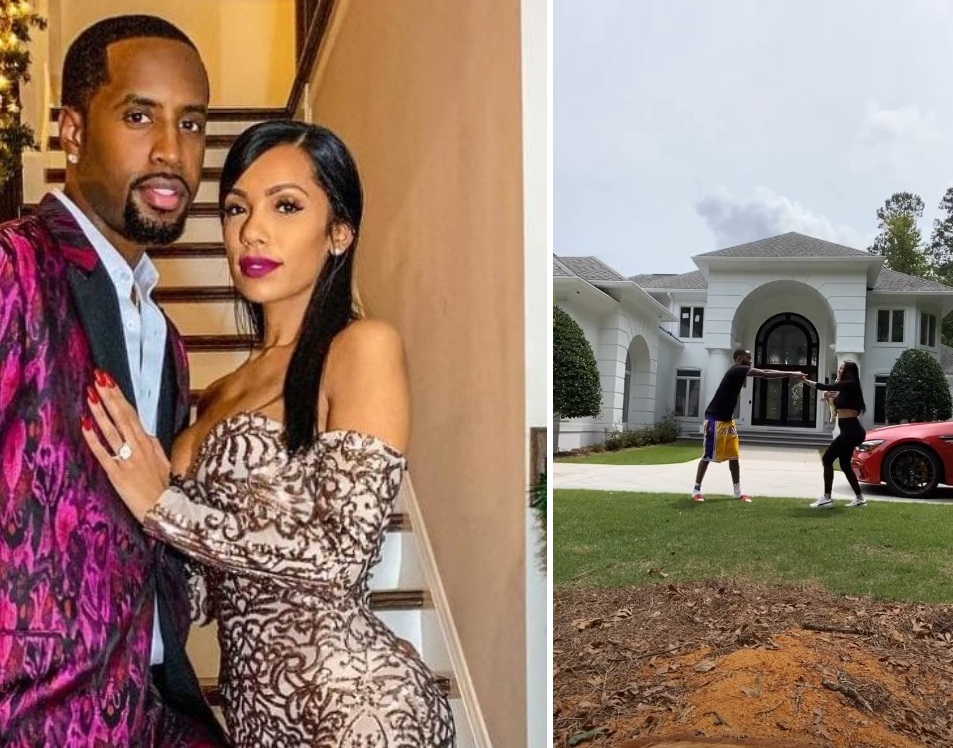 Safaree and his wife Erica Mena have the time of their lives while quarantining at home with their little daughter. They are dancing around, and the moment was so wholesome, the pair had to share it on Instagram.

Safaree and Erica Mena have been sharing a lot of sneak peeks from their lives. We have to say, it did make people talk quite a lot – especially when it came to some racy photos and videos.

The couple has recently created OnlyFans pages that contain some hot photos and videos. However, this video was different from the steamy content most of their followers have been accustomed with.

The short video shows Safaree and Erica in the yard, dancing salsa with their baby daughter. The couple spins around and is having a great time together. The Shaderoom reposted the video that Safaree shared on his Instagram Story.

#PressPlay: #TSRFamilyAffairz—#Safaree and #EricaMena getting their dance on with their baby girl 💃🏿

People were amused, commenting that the “Baby dizzy af,” and that she will throw up right after that. Others said they loved seeing them together like that: “I actually love them together ❤️”

“They bored in the house too huh 😂,” wrote another person, while others agreed that “they seem like they have fun so I’m not hating.” The pair seem to live their best lives together and Erica always supports her husband’s work.

Recently, Erica praised her husband’s remix of WAP in an Instagram post, saying “I swear I F***ing LOVE My Life! – Sincerely this WAP 🤑😻 @safaree Refix BAD/WAP.’ However, social media aimed a lot of jokes at Samuels, turning his audio into memes.

“Nobody asked him for this,” wrote someone on Instagram, while others said they liked his version more. Whatever the popular opinion was about the successful WAP and the BAD remix, there are plenty of people out there still taking offense at the steamy content.