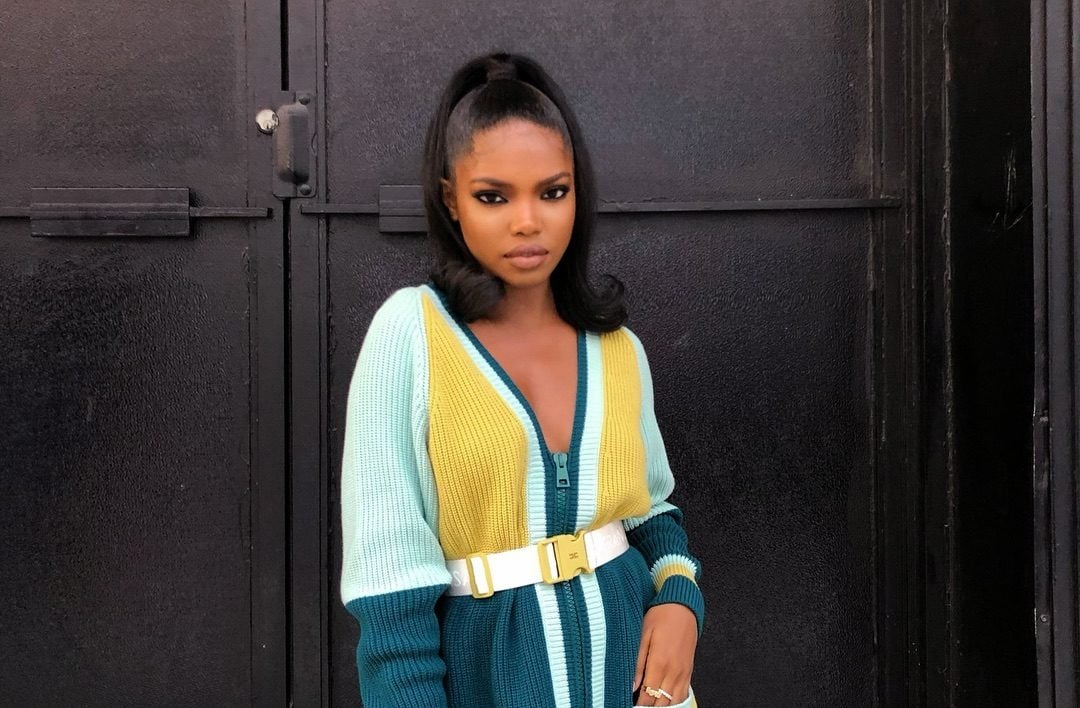 Ryan Destiny is being described as the Gabrielle Union of the Gen Z generation. The 24-year-old just landed a recurring role on Freeform’s Black-ish spin-off titled Grown-ish which has just started the production of their third season.

Grown-ish stars Yara Shahidi as Zoey Johnson, a college student who is learning what life is like in the real world without the comforts of her well off parents.

Ryan’s character is described as ‘a transfer student from an HBCU who has come to study filmmaking at Cal U. Smart, worldly, and cultured, Jillian can talk art and music with Luca, politics and activism with Aaron, and also fits right in with Zoey and her eclectic crew of girls.’

The actress was holding the role of Alexandra Crane in Fox musical drama Star. The program revolves around three girls who moved to Atlanta and rose to fame.

Unfortunately, shortly after Jussie Smollett’s alleged staged attack drama, it was announced that the Lee Daniel’s produced series was getting the ax whereas Empire was renewed for one final season.

Of the shows that the network gave the boot to, Star and Whiskey Cavalier were the two that fans pushed for resurrection the most.

Lee promised his fans that viewers of Star will get their closure by all means necessary. Although he was unable to get the show picked up, he was able to get the green light for a two hour TV movie that he announced to anxious fans via social media.

‘The bad news is that ‘Star’ is not getting picked up for series. The good news is we are doing a movie of the week to wrap things up for you all. We are going to make something real special for you to scream about, with all of our cast members – even the dead ones.’

Followers were upset to find out that Daniel’s wasn’t able to revive the nail-biting program but were happy to know that they’d get some kind of closure.