Rupert Grint Photographed Carrying His Little Daughter In His Arms On Set!

Rupert Grint's baby daughter, Wednesday, was on the set of his Apple TV+ series titled 'Servant' and the adorable pictures of him cradling her in his arms have made their way to the internet! Check out the cute images here!

The Harry Potter actor seemingly loves nothing more than his new role as a father.

With that being said, he proudly took the toddler on set to introduce little Wednesday Rupert to everyone there the other day!

As you know, Rupert welcomed his first child with his partner, Georgia Groome, in May of 2020 so she's already one year old!

With that being said, Georgia also joined her man and their daughter on the set of the series' newest season.

In the pics, the actor can be seen carrying little Wednesday in his arms while Georgia was walking behind them, pushing the empty stroller.

Both of them were dressed casually in comfy T-shirts and were wearing protective masks to avoid getting COVID-19 amid the pandemic. 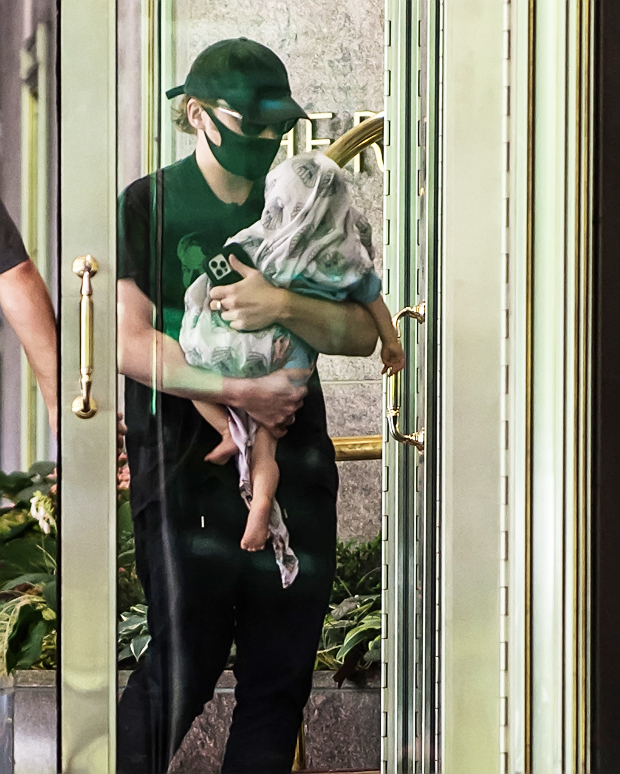 Previously, Rupert Grint opened up about parenthood during an interview for Glamour back in January.

He told the publication at the time that 'It's so much fun. I feel like I have changed as a person for sure. It is interesting, experiencing all of it during a pandemic. I think it has made the whole experience even more intense and insular. It has just been us, working it out in a house… It has been a very calming process for me.'

A few months after, during another interview, this time for Esquire, he also got candid about some of the difficulties of parenthood!

According to him, upon welcoming his daughter, he felt like he was having an 'identity crisis.'

'I struggle with that, being a dad. Had a bit of an identity crisis. I don't know, do I change the way I dress now?' he explained.