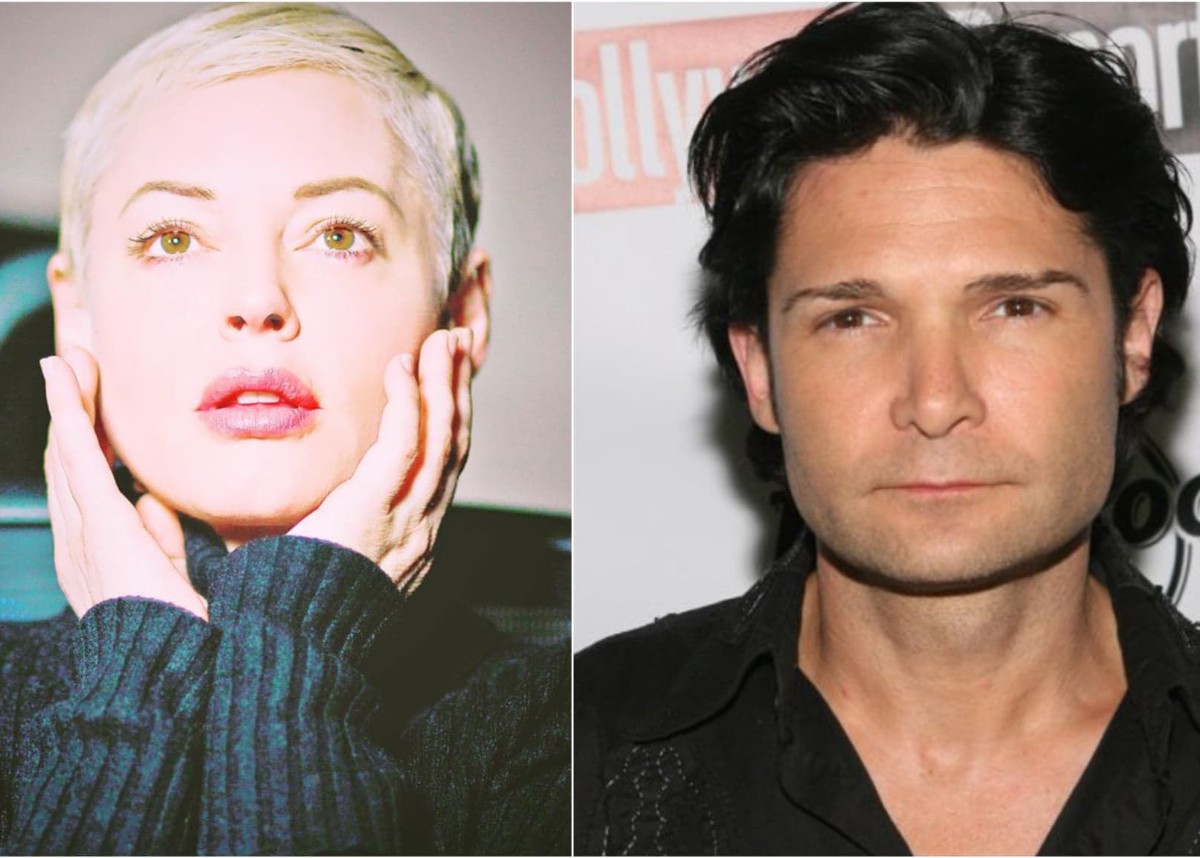 Rose McGowan is lending her support to Corey Feldman who releases his documentary My Truth: The Rape of 2 Coreys on March 9, 2020. Rose knows all about steadfastly speaking your truth despite all deterrents as she was one of the first voices to sound off about Harvey Weinstein. Ambra Battilana Gutierrez went to police in 2015 after she says he assaulted her and even wore an undercover wire, but it wasn’t until Ronan Farrow’s expose and Rose McGowan leading the voices of protest in 2017 before the world took notice and was ready to serve justice. Rose went up against the establishment and wouldn’t back down and now she is supporting Corey Feldman as he prepares to do the same thing — only for children.

Corey Feldman will release the name of six Hollywood predators and pedophiles including the name of the man he says raped his former co-star and best friend Corey Haim. The name has captured the attention of people worldwide as it is believed there will be a Harvey Weinstein-type fallout after the name is revealed.

Though Corey Feldman has been speaking out about his abuse since 1993, this will be the first time that he speaks the names of the alleged predators without hindrance.

Corey has stated that he believes after he reveals the high-profile Hollywood personality who allegedly raped Corey Haim, more victims will come forward and seek their own justice.

It is too late for Corey Haim to have justice — he passed away from complications due to pneumonia on March 10, 2010. This is the closet thing to justice Corey Feldman can get for his best friend.

Rose shared the following tweet and showed her support to Corey saying that he is brave and his truth should be heard.

I support Corey Feldman. I hope he takes takes the bad guys down, there are so many. His documentary airs on Monday (google it.) Corey is brave and his truth should be heard. #coreyfeldman #itssohard #respect https://t.co/QnibsS2SSm

Corey Feldman has stated his life is on the line as he speaks out against his and Corey Haim’s abusers through his documentary. He has also stated that a group called the Wolfpack has been tasked with silencing him for the past two years. Early Thursday morning, Corey Feldman tweeted that a calendar was left at his residence that bore the words “Wolfpack” and featured three wolves. He viewed the materials as a threat, contacted the police, and announced he will leave his home until the movie’s premiere.

When asked if the threat would stop him from releasing the movie, Corey Feldman emphatically announced that nothing would delay his movie premiere.

Those who want to see Corey Feldman’s documentary My Truth: The Rape of 2 Coreys may purchase tickets at the movie’s website at MyTruthDoc.com.

Disclosure: Charisse Van Horn has had personal interactions with both the Wolfpack and the Feldfam in pursuit of the truth regarding this story.

Wendy Williams Slams Ashley Graham For Changing Her Baby's Diaper On The Floor In A Store Aisle!

It is beyond my realm of understanding WHY he hasn’t told who did this to him and to his friend. These animals need to be held accountable for what they did. Corey has lived with this for a very long time, unburden yourself brother, its time…