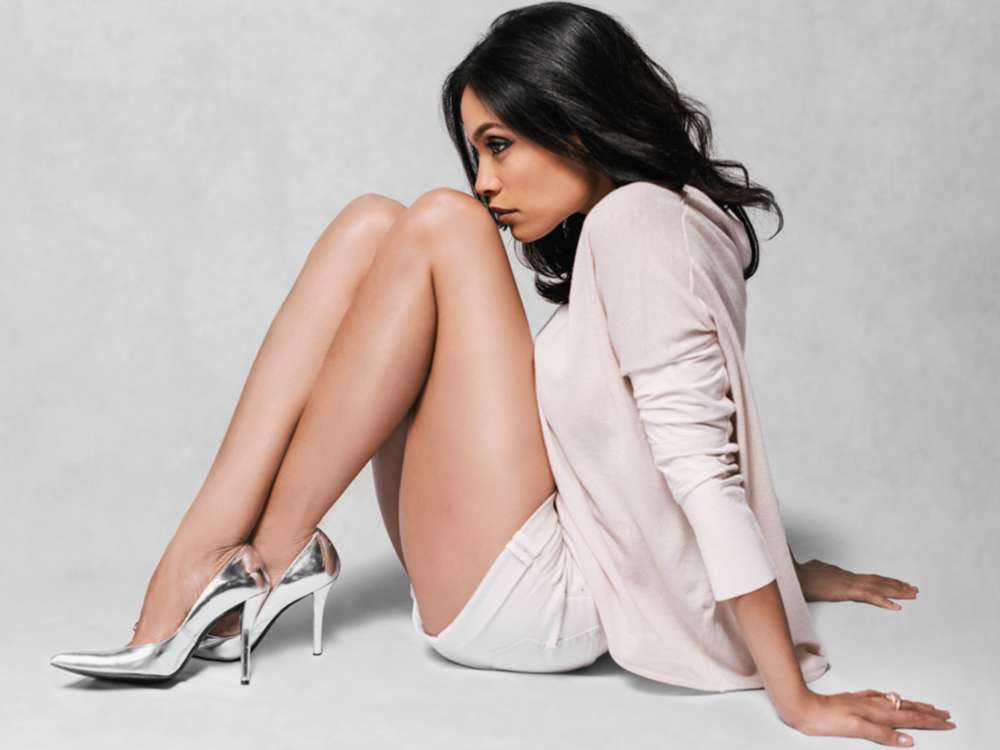 Fans of Rosario Dawson know that she has frequently been vocal regarding her political opinions and positions. Additionally, her boyfriend, Cory Booker, also happens to be a politician. BET recently reported on an Instagram post from the 9th of March in which the star revealed she was going to support Bernie Sanders, the Senator of Vermont.

Ironically, Booker recently endorsed Bernie Sanders’ rival, Joe Biden, who used to be the vice president. On her IG account, Rosario shared that she was going to vote for Bernie for the second time, and she did. Dawson went on to urge people to talk about it, but “actions speak louder than words.”

The Seven Pounds alum encouraged her followers and fans who are sitting on the sidelines to get out there and vote. According to Dawson, now is the time for people to really stand up for what they believe in, and also communicate that they “stand for something bigger.”

Dawson never addressed the fact that her boyfriend was endorsing Joe Biden. However, she did indirectly comment on the recent criticism of Bernie Sanders and his base, who have supposedly been “bullying” other candidates supporters on social media.

Not Me Us I got to vote for Bernie again and I did. Whoever it is that you’re supporting I hope that you are doing it consciously, with heart and with a ballot. Talking about things helps but actions speak louder than words. To all of you on the sidelines, we need you. Please register and vote. Make this election one for the history books. Turn out needs to be historic to drive home the message that we stand for something bigger and better than what we have now. That we truly stand for each other. Earthizen Humanity First! Please-No more bullying. No more mocking. No more trolling. We can be better than that so why not be? Let our decency, honesty and humanity ring loud and true. It’s much more constructive, believe me. March to the polls and let’s make sure folks are registered and able to vote by any means necessary. PS: Upset about our primary/electoral system? Elections and much else (equity much?) aren’t fair. Voter suppression efforts like redistricting, gerrymandering and voter purging (among many other issues) have long since made that clear. That’s why voting is only one of many ways we can transform our system for the better (fill out your census!). So please stay in the game, no matter what, and continue the fight our ancestors fought with fewer means and resources, not just so that we could bicker on social media, but so that we could continue to improve conditions for each other and make the path that much better, healthier and clearer for the generations to come. Blessings to you all. #NotMeUs

Clearly, Rosario is not supportive of such behavior. The actress asked for people to show they’re better than that online. As for why she chose to endorse Bernie, on her Twitter account, Dawson wrote her reasons for voting for Bernie as “absolute thinking.”

Earlier this year, Rosario was in the headlines for a reason slightly less political. In an interview with Bustle, which the New York Post later picked up on, the star reflected on an Instagram post in which she supposedly insinuated she was bisexual.

Rosario stated that while her initial post from 2018 was never a “come-out” post, she actually does consider herself as bisexual, although, she never actually said it in that way. Rosario said in the interview with Bustle that it wasn’t “inaccurate,” but the post was never meant to be a “come-out” post.

Since then, fans have read between the lines and assumed she means she’s bi-sexual.