At the premiere of his new movie Damsel, Robert Pattinson talked about some of the women he has worked with in Hollywood, but his ex Kristen Stewart wasn’t on his mind. It took a little prompting before the 32-year-old mentioned his Twilight co-star, but when he did, he had only positive things to say.

Pattinson told Entertainment Tonight about the amazing women he has worked with. “I mean, I’ve worked with some real powerhouses,” he said. “Definitely Mia is one of them, obviously. Kristin Scott Thomas, Uma Thurman.”

The reporter then asked about Stewart, and Pattinson said she is also part of his list of powerhouse women, as well as Catherine Hardwicke.

Yes, Robert Pattinson talked about Kristen Stewart in an interview and we will NEVER RECOVER. https://t.co/aU0nN2PAD8

Even though it’s been years since they split, Twilight fans are still dreaming of the day that Pattinson and Stewart will get back together. The former couple met when they were auditioning for the movie franchise, and she got the part of Bella Swan while the director cast him as Edward Cullen.

According to Life & Style, Stewart once said that Pattinson got the role because of her. She said they did just one day of auditions and many guys came in to read for the part. Then, the director (Hardwicke) asked her what she thought, and Stewart said Pattinson was the obvious choice.

Rumors have swirled recently that the two started talking again after his relationship with FKA Twigs ended last fall.  Stewart is still in a relationship with Stella Maxwell, but cameras did catch the Twilight stars together earlier this month outside of Lily Rose Depp’s birthday party.

Insiders say that the two have become close again and their friends “would love to see them back together.”

In the pictures taken outside of the party, the two hung out and talked. This was the first time cameras caught them together since November 2012, and at that time they were still a couple.

Lol. When was the last time we heard Robert Pattinson say Kristen Stewart’s name? TONIGHT he did! And was that 3x?! ❤️?? pic.twitter.com/JTG5QS8soH

Back in February, witnesses tweeted that Pattinson and Stewart were drinking together at the Silver Lake Bar in LA, and they “seemed like two friends hanging out.” They dated for four years but split in 2013 after Stewart cheated with her Snow White and the Huntsman director Rupert Sanders.

Last year, Stewart came out as bisexual, but even though she is currently with Maxwell, she has said she can see herself dating men again. The 27-year-old says being bisexual is not confusing for her, but she decided to let people know about her sexuality because she realizes that her private life affects a lot of people.

She added that coming out was an opportunity to make another person feel good about themselves, and when she was dating Pattinson, her biggest enemy was the public. But, “that is no way to live.”

Robert Pattinson and Kristen Stewart have not commented on the rumors surrounding their relationship. 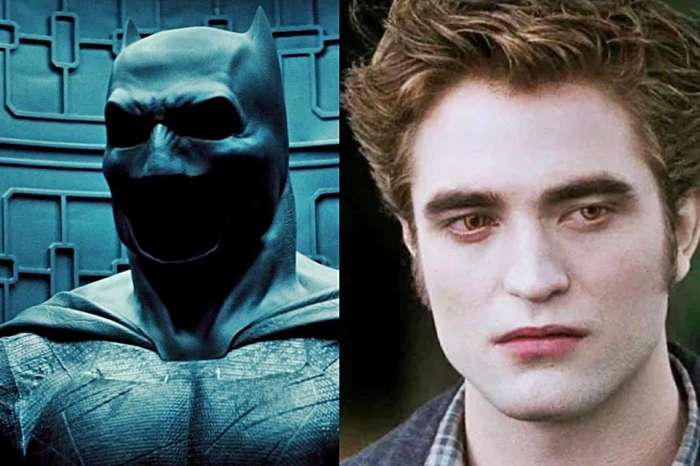 KUWK: Khloe Kardashian Says That Her Father Would Be Proud Of Rob Kardashian Ahead Of Father's Day In Blog Post