Robert Pattinson And Katy Perry Finally Dating After His Split From FKA Twigs?

It has only been a few days since Robert Pattinson and FKA Twigs reportedly split, and the rumors are already starting to fly about Pattinson and Katy Perry. Now that the actor and singer are both single at the same time, will the long-time friends finally start dating?

According to a source Pattinson and Perry are constantly “talking and texting,” and the American Idol judge is helping the High Life actor get through this major change in his life. But, does that mean a romance is blooming?

The insider says that the two are getting extremely close and there is chemistry and attraction between them. However, Pattinson is careful not to turn Perry into a rebound romance and risk ruining their strong friendship.

Back in August, the two were spotted having a quiet, cozy dinner together at the Sunset Tower Hotel after Perry split with Orlando Bloom, however, neither Pattinson nor Perry has confirmed anything more than a friendship.

It was just reported last week that Pattinson and Twigs called off their engagement after three years together due to drifting apart from each other over the last few months.

The two kept their relationship extremely private and have not made an official announcement about their breakup, but there are reasons to believe that the reports from anonymous sources are true.

Movie Pilot points out that Twigs, whose real name is Tahlia Barnett, was recently photographed in Ibiza without her engagement ring while promoting her new album, a follow up to LP1, which she released back when she and Pattinson started dating.

The two also never actually confirmed that they were engaged, the closest comment coming from Pattinson back in July when he told Howard Stern on his radio show that the two were “kind of engaged.”

He added that Twigs is “super-talented, ” and the two were from different worlds, but there didn’t seem to be much commitment in his words.

If the two have split and Pattinson is attempting to move on, there is nothing stopping him from taking things to the next level with Perry, but sources say the actor must be in the right place mentally before he can make a move with the singer.

It seems the two will remain friends for now, and Robert Pattinson will focus on shooting a new sci-fi film and embrace his life as a single man. 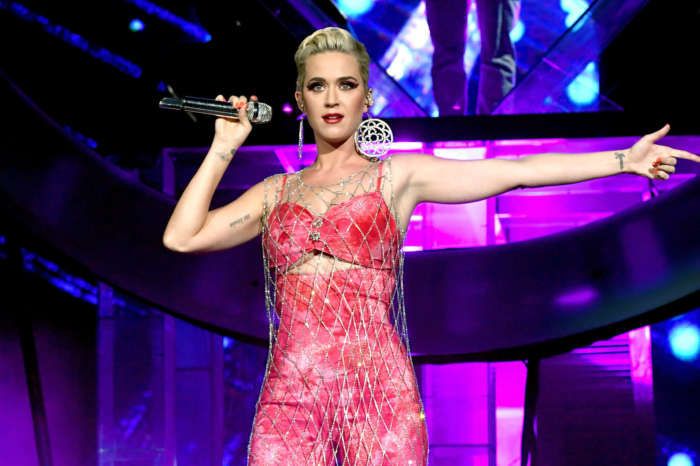