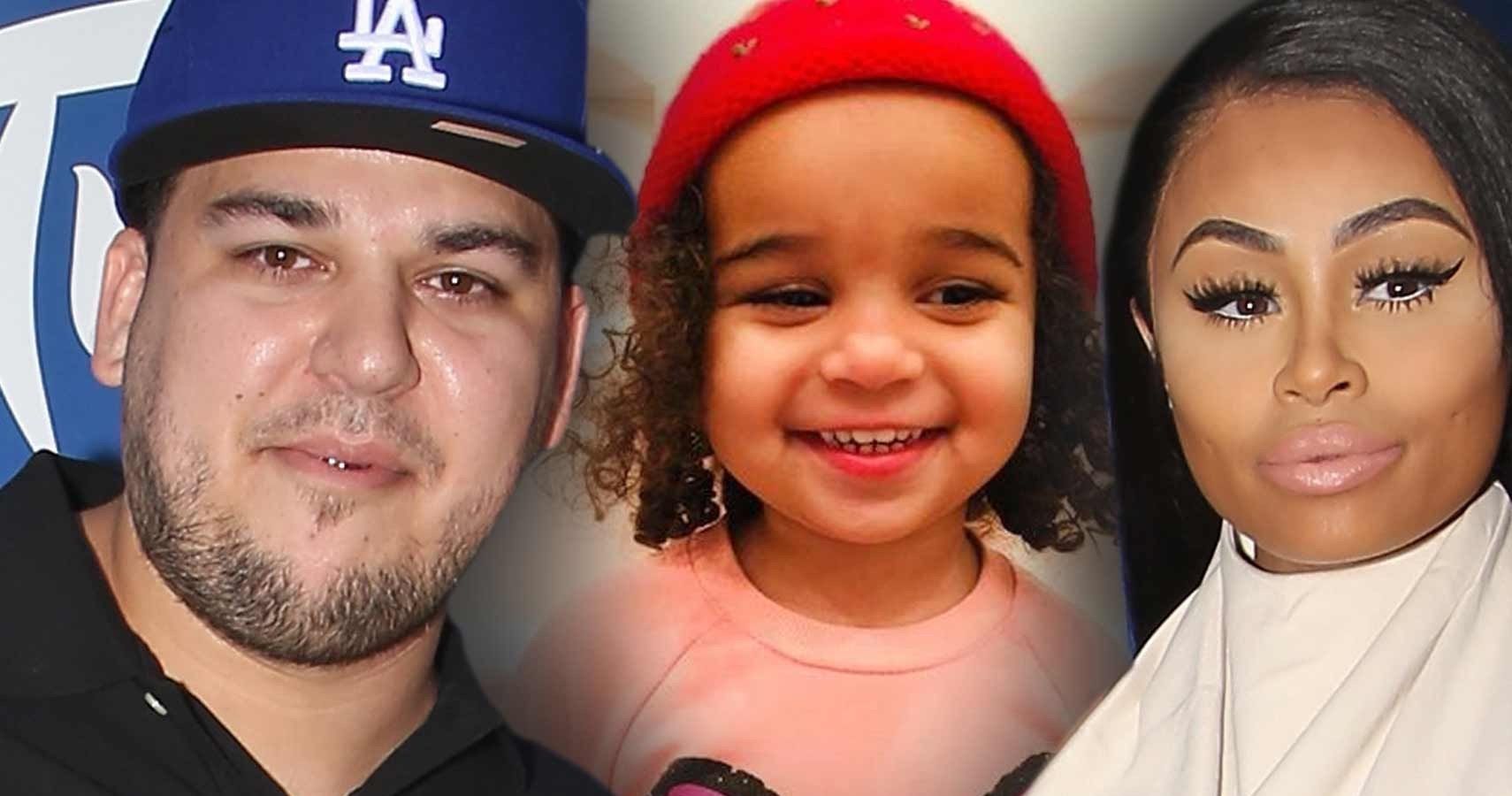 Rob Kardashian was in the spotlight not too long ago, when it’s been reported that he wants full custody of his baby girl, Dream Kardashian. In a report, it seems that he also made sure to detail the reasons for which he believed that it’s best for Dream to stay with him.

TMZ knew more about this and revealed some pretty shocking information.

It seems that Rob claimed that his baby mama is excessively drinking, has strangers frequently partying at her house, and more than that, Chyna allegedly uses cocaine.

Dream is also allegedly copying gestures from Chyna, including ‘naked twerking, and acting out sexual positions’ according to the TMZ info.

Rob continued and claimed that when Dream comes back to his home from spending time with her mom, she has dirty hair, nails, and teeth.

Anyway, Rob shared a video featuring Dream happy and having the best time, and this will definitely melt your heart.

A lot of people referenced the fact that Dream is drinking from that bottle and she’s too big for that.

Someone said: ‘Whew Chile. She swung just like Chyna. Having Hands must be genetic lol.’

A follower posted this: ‘I knew someone was going to say something about that bottle. It’s time for the sippy cup,’ and one person wrote: ‘Here go everyone wanting to parent someone else’s child instead of enjoying the video for its intended purpose.’

One other follower also talked about that bottle: ‘Why does she still have a bottle when she is clearly holding full conversation??’ and one other fan agreed: ‘Okkkkkk we are all here for Dreams cuteness but not the BOTTLE it’s time to put that down baby sis and drink out of a cup.’

Meanwhile, Chyna is sharing working out clips on her social media account, wanting to prove the world that she’s leading a healthy life.

Courteney Cox Thinks Jennifer Aniston And Brad Pitt’s Reunion Was 'Beautiful' But Not For The Same Reason As Everyone Else!