In a fresh interview, the pop singer, Rita Ora, talked about her duet with the former One Directioner, Liam Payne, and the new Fifty Shades of Grey film which will be the last of the franchise.

The 27-year-old songstress said despite the fact that her song with Liam is currently topping the Billboard Hot 100, she’s not considering it to be a “comeback” track.

Rita said she doesn’t feel like she’s “gone anywhere or taken a break” for a simple reason. In the last year, she has spread her creative energy throughout several different outlets before finally making new music solely in her own name rather than for TV shows and other productions.

Ora, who left Jay-Z’s label, Roc Nation, in 2016, said “this is a great time” for music because she loves the craft and is always looking forward to getting back out there.

Additionally, Rita is incredibly thrilled to start a new tour which is sold out; she can’t wait to see her fans once again. It’s great for her to see that some of her old fans have stuck with her through thick and thin, and of course, she’s “made some along the way” as well.

I’m still in the holiday spirit with my @tezenisofficial bra ??? I don’t want the holidays to be over yet!! ❤️

As for her collaboration with Liam, Rita said, fortunately, she and Liam got to record the parts for the track in the same studio, which doesn’t often happen these days.

Because of the recent breakthroughs in technology, it’s now easier than ever to send a recorded track through email or Dropbox. However, because of that same technological progress, sometimes it feels like it has become less personal.

And while Rita’s grateful that she was able to record the song with Liam in a more personal and up-close manner, another aspect of her personal life is coming to a close, the new Fifty Shades Of Grey movie is set for release.

Rita revealed she was “really sad” filming the last scenes because it’s done so well. A lot of work went into it, and it’s sad to say farewell to the cast and crew. However, she’s excited about its release. 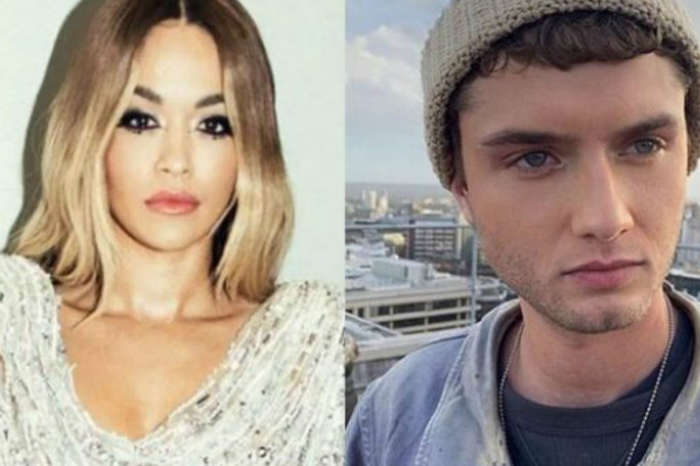 Blake Griffin And Kendall Jenner Take A Break And Might Be Ending It For Good - Here's Why!