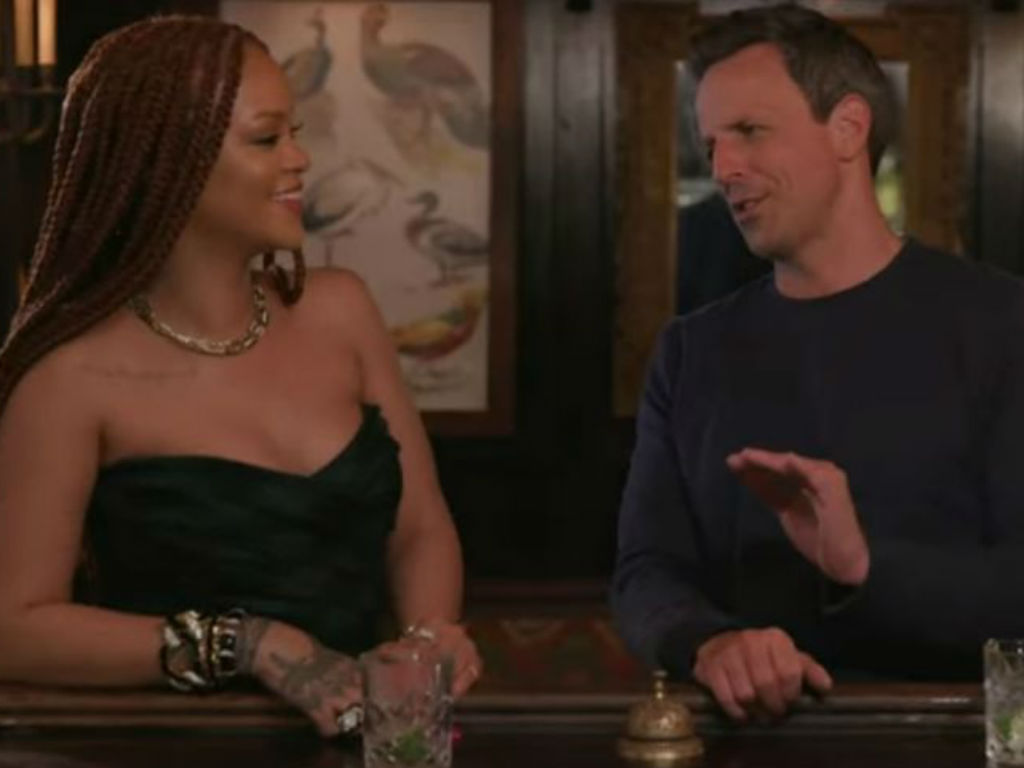 Rihanna and Seth Meyers recently embarked on a day full of drinking shenanigans that turned slightly disastrous. Thankfully it was all captured on video, so fans could witness what happens when the talk show host had the chance to get his drink on with famous singer.

The Barbados beauty appeared on Late Night With Seth Meyers in an enticing episode titled “Seth and Rihanna Go Day Drinking.” Although the hilarious video was just released, Meyers and Rihanna have been teasing fans for days with glimpses of their good time on social media.

He referred to some of the candid photos from their day drinking adventure to the greatest moments of his life. Meyers, of course, excluded marrying his wife and becoming a father. The ‘Umbrella’ singer told her followers it was a day “starring two complete disasters.”

Tonight it happens – DAY DRINKING WITH RIHANNA. I’d show you a picture of her but I know what you really want to see is this picture SHE took of ME at the end of the day. #LiveYourLife

Their day begins in a posh New York City hotel with RiRi looking stunning, as she sits on a plush green couch next to the funny man.

Things start to go awry when Meyers begins mixing his own Rihanna inspired cocktails at a bar called Jane. One he called the “Diamonds in the Rye,” which is made with Blue Diamond almond milk, something the Fenty Beauty founder does not like.

“I don’t even like milk. This is scary,” RiRi tells the late-night host.

Oh, that was just the beginning. Rihanna had to show Meyers how to open a bottle of champagne. He thanked her by dumping a Twinkie in her glass because what pairs better with a little bubbly than a Twinkie.

After a few sips of Bitch Better Have My Bunny, which is a chocolate Easter Bunny filled with Tequila, the duo played their first drinking game. It was no ordinary game of quarters or never have I ever.

The game consisted of the talk show host asking the singer where she was at the exact moment the paparazzi captured photos of her in specific outfits. For example, she remembered she wore ripped jeans and blue lipstick to the dentist.

Seth Meyers and Rihanna’s day drinking of shenanigans saves the best for last. The duo is several drinks in when the conversation turns a little scandalous and disastrous. Meyers ends up getting a Fenty makeover, that is accompanied by a couple of insults flung at him by the singer.

It is one of the most hilarious videos around that gives fans some insight into what it might be like to drink with RiRi. Who hasn’t thought about getting a little lit with the famous singer? 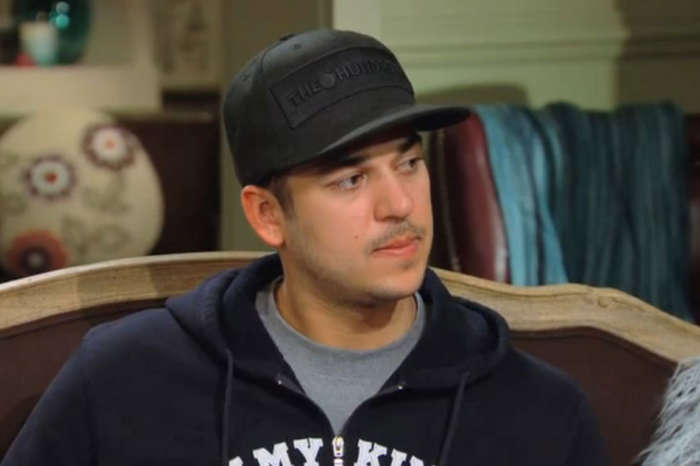 Inside Rob Kardashian's Big Plans For A Comeback