A giggly Hassan Jameel was seen getting very cozy with Rihanna in Paris, France over the weekend.

It is not known if the power couple is in Europe for business or pleasure, either way, they seem to be enjoying each other’s company.

Rihanna wore no makeup and a black outfit as Jameel also in dark colors stood behind her.

The photos were snapped on the balcony of what is described as an “appartement privé” or “private apartment” in The City of Light.

Several media outlets reported the news of the pair staying in a private apartment.

Fans are wondering, are the lovers on vacation or are they buying a home together?

One supporter said: “Could it be a business and pleasure trip?
I wonder what this trip is for? It’s so random and out of the blue. Doesn’t appear to be for work.”

Another claimed: “Rihanna has a man that can look after her and make her happy and make her feel like the queen she is. i’m Muslim haha. And some people are negative about the fact that Hassan is Muslim. FYI: Hassan travels to the US often, when she is here. When “they” don’t want him to be seen or reported on, he isn’t.”

A third commenter explained: “All jokes and trolling aside, I’m glad that Rihanna has been successfully balancing her thriving career and love life for over a year now. You can’t beat that. Hassan is a lucky guy.”

The photos surfaced after rumors claimed Rihanna was engaged. However, a source told Hollywood Life that is not yet the case.

The insider said: “Rihanna is not engaged. If she were engaged, she would let the whole world know about it very fast. That is news she would want to share with her family, friends, and fans. They have been spending time together, and Rihanna would love to get serious, move to the next stage. But at the moment Rihanna is just playing with people. She loves the attention she gets wearing big rings like that, and she is trying to send a not-so-subtle message to Hassan too.”

Those photos seem to show the romance is real and is going well. 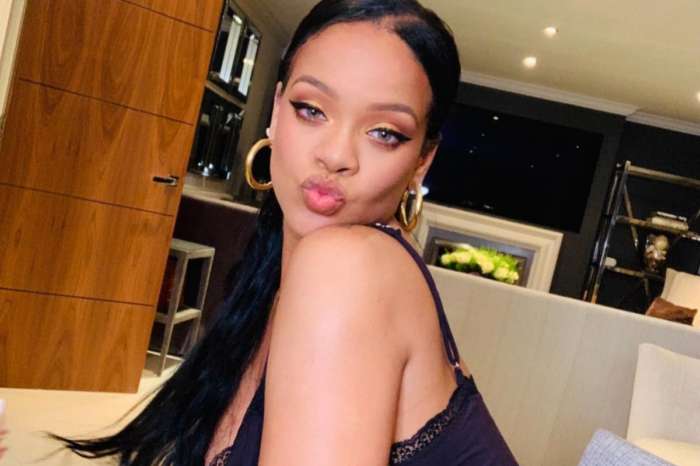