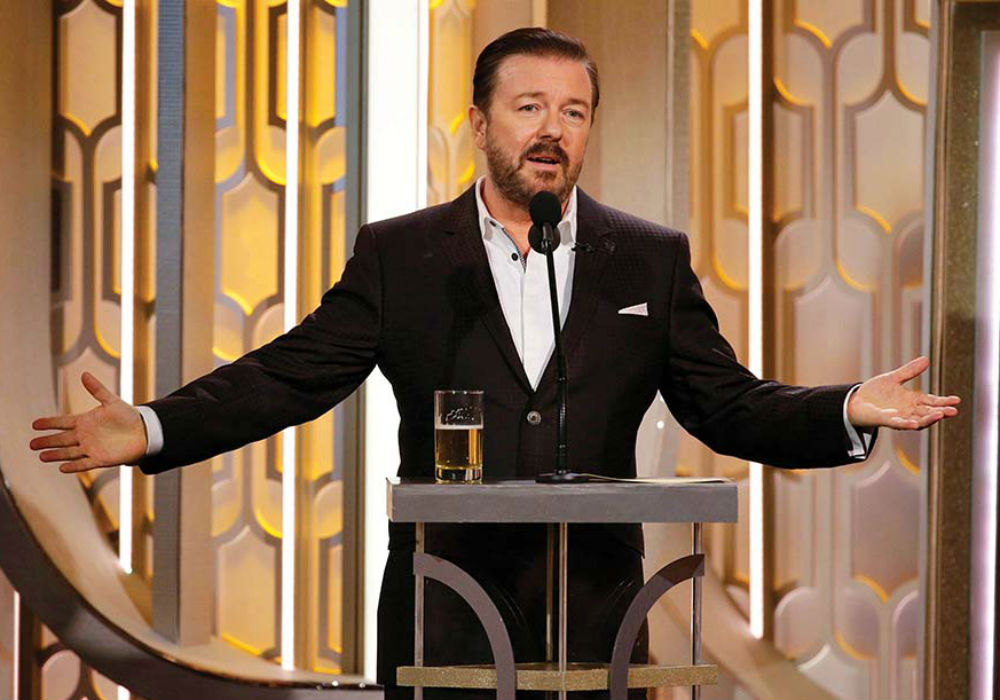 Ricky Gervais doesn’t hold back when he hosts the Golden Globes, as he always seems to cause some controversy with his biting wit and serious burns against the A-list celebrities in the crowd. However, ahead of Sunday’s Golden Globes – which will be his 5th time hosting – Gervais says that he doesn’t plan to target anyone this time around.

The 59-year-old comedian said that he will go after “big, nebulous things” so no one feels like he is picking on one person. Gervais added that he will never point at someone and say, “You had a bad year, mate!”

Gervais does admit that in the past he has called out celebrities like Mel Gibson, Charlie Sheen, and Ben Affleck after they’ve made some less-than-positive headlines. He says that he might do the “odd” joke against a person on occasion, but he is all about forgiveness. Gervais explained that when someone gets drunk and says something awful, he can tease them. However, bad behavior is not always a “terrible, criminal, punishable offense.”

Gervais points out that sometimes celebrities embarrass themselves, and there are a thousand people in the room who have probably done something worthy of ridicule. But, they aren’t hunting Nazis, says Gervais. Instead, he’s going after people who were a bit rude or got drunk and insulted a waiter.

The Office creator confessed that there was one actor he wished he wouldn’t have called out. Gervais explained that one year Tim Allen and Tom Hanks were presenting an award, and he introduced them by saying, “Our next two presenters, the first has won five Oscars, combined box office of five billion dollars. And the other, Tim Allen.”

Gervais said that it was a “fine joke,” and he was teasing Allen. However, he regrets it because the Toy Story star took it the wrong way. The comedian said that anyone standing next to Hanks – unless it’s Dustin Hoffman, Robert Redford, or Robert De Niro – could have been the butt of that joke. But, it happened to be Allen who was presenting with Hanks.

Gervais says he has nothing against Allen, and he is a good actor and a nice guy. Ricky Gervais said that there was no malice and he can justify the joke comedically. However, he never wanted Allen to think that it was written specifically for him.

The 77th annual Golden Globe Awards will air live on NBC from The Beverly Hilton in Beverly Hills on Sunday, January 5th.