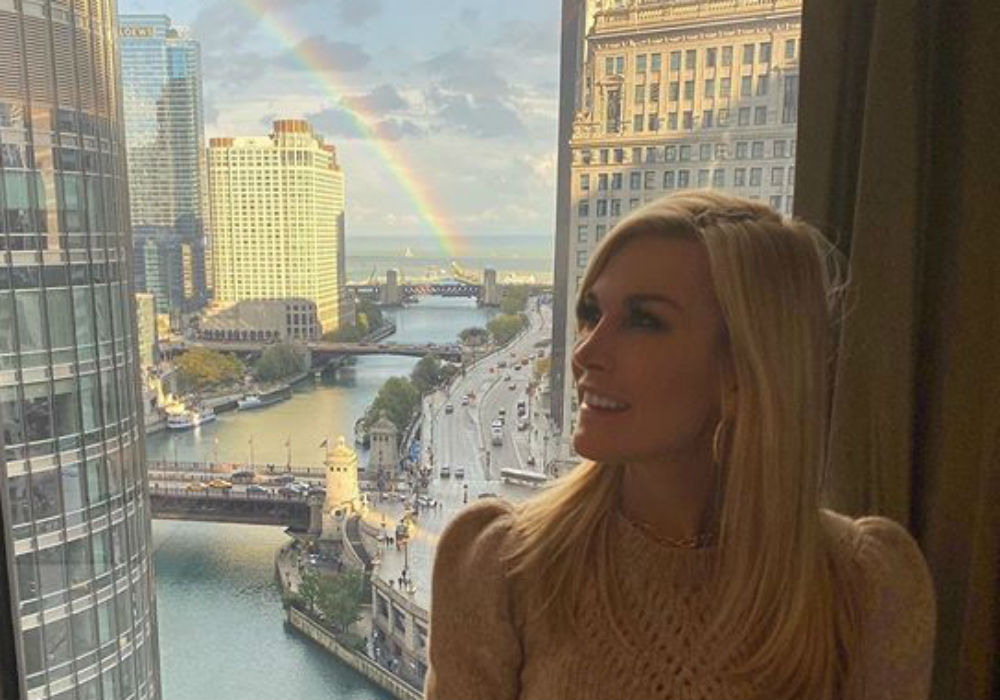 Real Housewives of New York star Tinsley Mortimer recently made headlines when she didn’t show up for a shoot at the Eventi Hotel in Midtown with the rest of the RHONY cast, and that led to rumors that Mortimer has quit the show. Now, another report has surfaced claiming that she is moving to Chicago to be with her boyfriend Scott Kluth because he’s getting ready to propose.

According to Page Six, when Mortimer unexpectedly ditched her co-stars, they assumed she had quit. However, one insider claims it’s “not black-and-white yet,” while another says that Mortimer was in Chicago with the Coupon Cabin founder and wasn’t available for filming.

The #RHONY couple made their first public appearance after getting back together.https://t.co/AG4VmekKFa

Rumor has it that Kluth bought Mortimer an engagement ring and asked her to go to his hometown. Insiders also insist that Mortimer’s relationship with Kluth isn’t part of her story line this season, and her top priority is her personal life, not RHONY.

At this point, no one knows if Mortimer is just taking a break or if she quit for good. While her cast mates believe she is done, insiders claim that Mortimer will be part of Season 12 in some capacity.

Us Weekly is reporting that Mortimer is planning to move to Chicago because she is “finally getting her happy ending.” And, the 44-year-old is expected to leave New York for good once filming for Season 12 wraps.

One source says that Kluth is “proposing soon,” and a second insists that Mortimer is “moving for love.”

“This is a very happy time in her life right now and everyone is rooting for her and Scott,” says the source. “They have addressed all their issues and no longer want to live without each other. She is very, very happy!”

As fans know, Mortimer and Kluth have been on-again, off-again for a while. After Carole Radziwill introduced the couple in 2017 during Season 7, they started their tenuous relationship. And, they rekindled their romance just last month after splitting at the end of Season 11.

#TinsleybyRuMe launch is right around the corner and I’m so excited! 🥰 These designs were inspired by my personal style and I cannot wait for you to see them! 💕🌴💖 @myrume #ComingSoon #TravelEssentials

When Mortimer revealed she and Kluth had taken a break back in June during her appearance on Watch What Happens Live, she explained to Andy Cohen that it’s just what she and Kluth do.

“We break up all the time,” said Mortimer. “It’s so hard to be in a relationship, particularly when we don’t live in the same town.”

Around the same time, Mortimer revealed in an interview that she cried a lot about her relationship with Kluth. But, now that it was over, she felt much more free.

Tinsley Mortimer has laid low since she skipped filming earlier this month. However, on Thursday she posted on Instagram for the first time in two weeks to promote her new bag business. She made no mention of RHONY.

Season 12 of Real Housewives of New York will premiere on Bravo in the spring of 2020.