Harry Dubin is back and making his way through the RHONY, and Ramona Singer is his latest victim.

It is no secret that Harry Dubin is a big fan of the Real Housewives of New York City, but he’s not just watching the popular Bravo show on TV. Dubin was married to former cast member Aviva Drescher for three years, he almost got engaged to Sonja Morgan, and he also dated Luann de Lesseps. And now, it looks like he has hooked up with another RHONY star.

Being a serial RHONY dater has made Dubin a fixture on the show for years, and it looks like he might just pop again next season because he was spotted making out with Ramona Singer last Friday.

There are even photos of the makeout session, and TMZ published the images of the two getting cozy at their private table at Pomona restaurant in Midtown NYC.

Tinsley Mortimer – who has been a friend of Durbin’s for years – was also out with Singer that night. Mortimer met Durbin in Miami when he was hanging out with former RHONY star Kelly Bensimon. Dubin and Singer have also been friends for a long time, but there haven’t been any romance rumors until now.

Singer told Andy Cohen in June 2017 during an appearance on Watch What Happens Live that she would never date Durbin, but she did explain why Dubin was so popular in the Manhattan singles crowd.

“He’s extremely charming and personable and fun to be with. And he’s kind-hearted and warm and generous,” said Singer.

The 62-year-old reality star has stayed single since her 20-year-marriage to ex-husband Mario ended in 2014 after his cheating scandal. Their divorce became final in 2015, and she has actively dated since then, but she told People Magazine that “no one has stuck yet.”

She added that the ideal man for her would be someone who has been married before because it shows he is willing to make a commitment. And, he also needs to be social and ready to jump into life’s adventures.

“I’m very social, so I need someone who’s really social,” says Singer. “This one gentleman that I’m dating, I said, ‘Okay you ready for the Hamptons? We have like 10 parties to go to, and these are all parties at my friends’ private homes, and each party is anywhere from 70-200 people.’ And he was like, ‘Let’s go!’ ”

Even though cameras caught Singer and Dubin with their tongues down each other’s throats, they say they are just friends and that night was just a booze-fueled makeout session. Insiders added that the two friends are not dating, not having sex, and they are not going down the “friends with benefits” road. 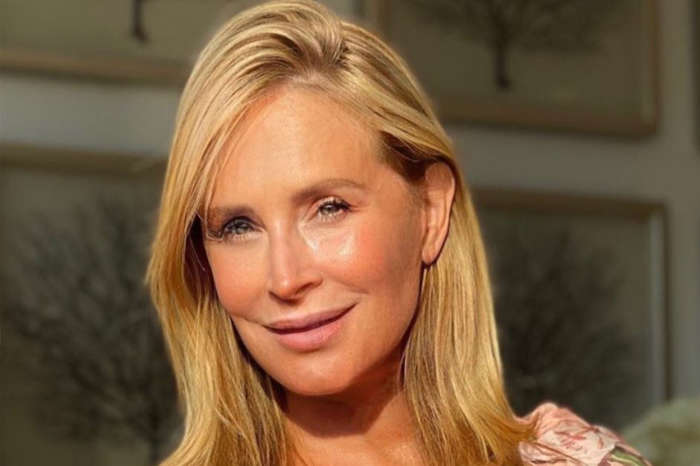