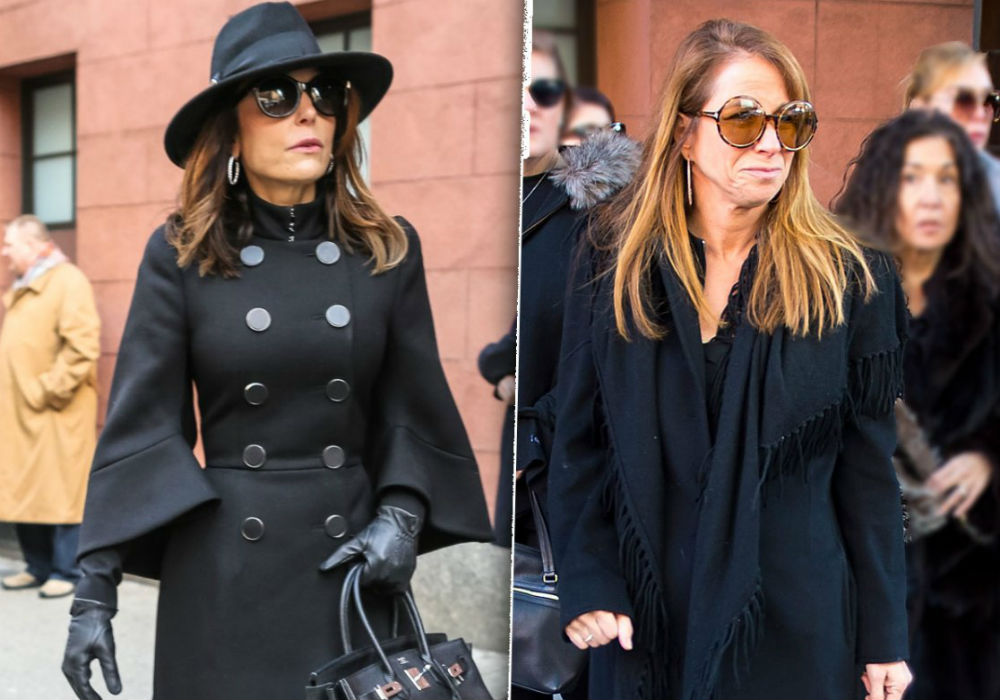 Bethenny Frankel and Jill Zarin are finding common ground following Dennis Shields’ tragic passing earlier this year. The Real Housewives of New York star reportedly bonded with her former frenemy and even filmed a scene with her shortly after Shields’ untimely death.

This past Aug., Frankel’s on-and-off again boyfriend overdosed on prescription medication in his New York apartment.

Shields was featured on the hit reality show, and, although they were no longer dating, his death devastated Frankel.

Fans will reportedly watch Frankel deal with Shields’ death on the new season of RHONY, but they’ll also see her reach out to Zarin for some much needed support.

According to Radar Online, Zarin and Frankel put their difference aside and filmed one scene together at Shields’ memorial service.

Sources say that Zarin, who her lost her husband, Bobby, in 2017, shared a touching moment with Frankel that left them both in tears.

“It was something that was unavoidable to get on camera,” the source revealed. “Jill asked her about Dennis and the cameras definitely catch Bethenny’s reaction to what went on surrounding his death and there were tears.”

While Shields’ passing will be addressed on the new season, Frankel has officially moved on and is currently dating Paul Bernon.

We do not know if Bernon will make an appearance on the show, but the couple confirmed their romance with an adorable post on Instagram.

Frankel and Bernon snapped photos of themselves posing in the Dominican Republic over the Christmas holiday.

This includes an image of the two watching the sun go down and another of Frankel resting her head on his cheek.

The #RHONY mogul shared photos from their "#healingretreat."https://t.co/WTTKlYotUk

Frankel tagged the image as a healing retreat, though she did not elaborate exactly what she meant by it.

The reality star was recently in the headlines after suffering a near-fatal allergic reaction. Frankel says that she was minutes away from dying after mistakenly eating soup that contained fish.

Fortunately, Bernon was on hand to call emergency services, who arrived and administered a life-saving EPI pen.

After recovering in the hospital, Bethenny Frankel thanked Bernon for saving her life.

The Cast Of 'Friends' Does Not Need A Reported Reboot, They Are Still Raking In The Dough