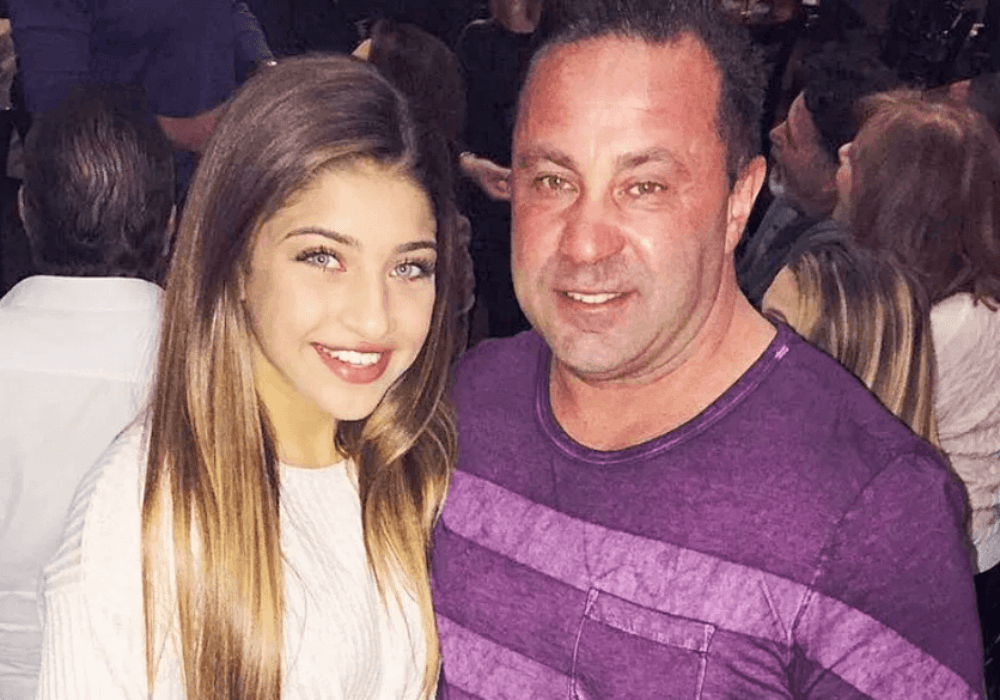 It’s no secret that Real Housewives of New Jersey star Joe Giudice loves his four daughters – Gia, 19, Gabriella, 15, Milania, 14, and Audriana, 11 – who he shares with his estranged wife, Teresa Giudice. Joe is a girl dad through and through, and the 47-year-old recently debuted his brand new chest tattoo on Instagram to honor his oldest daughter.

Giudice posted a series of videos to show off his new ink, with the first being a clip of the tattoo artist creating the image.

“Alright Gia, I just want you to know that I’m doing this because of you. This hurts and I hate it,” said Juicy Joe in the first video.

Giudice kept making it clear how much pain that getting the tattoo was causing him, but his actions didn’t match his words. The father of four looked cool and calm while the tattoo artist worked, and Gia wrote in the comments that the new ink “looks so good.”

Fans got a close-up look at the tattoo in the second video as Queen’s Bohemian Rhapsody played in the background with Juicy Joe attempting to sing along. The new tat is a dark silhouette of an eagle flying near a mountain under a larger bird’s head.

“This is it Gia hope you like it 😘! I got this to symbolize that I will always be my girls 🦅 because it flies higher than any other 🐦. I want to give them strength to mount up with wings as eagles, they shall always run and not be spent,” wrote Joe in the caption.

This is it Gia hope you like it 😘! I got this to symbolize that I will always be my girls 🦅 because it flies higher other 🐦. I want to give them strength to mount up with wings as eagles, they shall always run and not be spent. My girls will always be powerful and courageous women. I promise to look over you as strength and shield them from 😈 . Daddy loves you forever. #tattoos #couragetochange #loveyou #empowerwoman #daughters #power #walk #queen #singer

He added that his daughters will always be powerful and courageous women, and he promised to look over them as a source of strength and a shield from danger. He ended the post by writing that he will love his girls forever and he also added numerous hashtags, including #tattoos, #couragetochange, #loveyou, #empowerwoman, and #daughters.

Joe Giudice also tagged all four of his daughters, and Gia wrote in the comments of the second video that she loved her dad and she hoped he liked her tattoo, too. However, fans have yet to get a glimpse of the college freshman’s new ink.

The latest season of RHONJ recently wrapped. But, new episodes of Real Housewives of New Jersey will return to Bravo later this year.