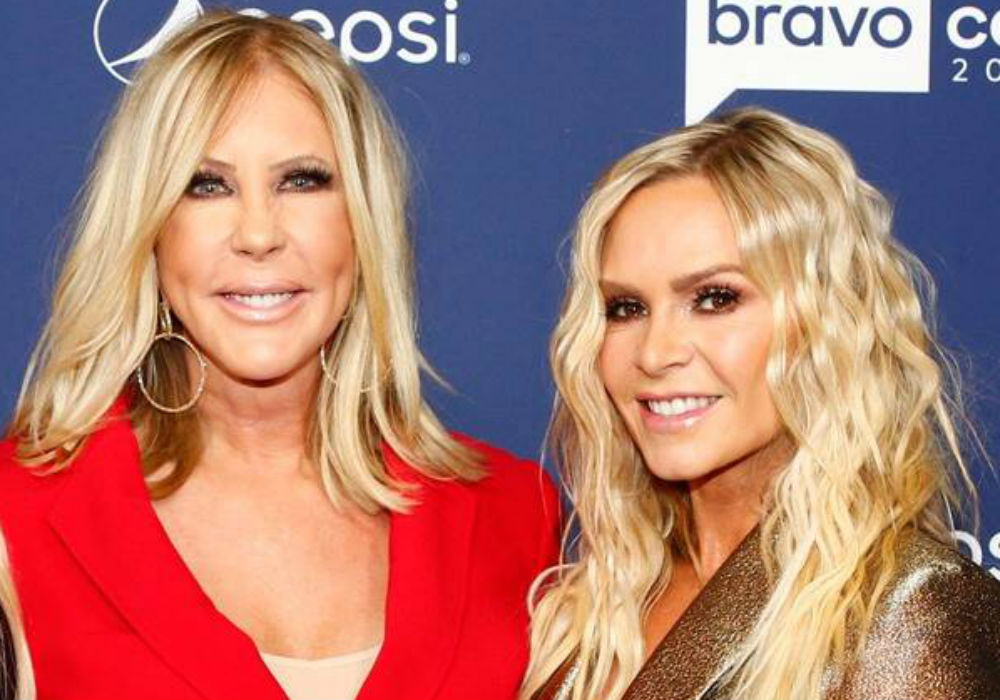 Real Housewives of Orange County stars Vicki Gunvalson and Tamra Judge both announced last weekend that they were leaving the show after starring on the series for more than a decade. Gunvalson – AKA the “OG of the OC” – has been on RHOC since day one, and was a full-time cast member for 13 seasons before being demoted to a “friend” of the show for Season 14. Judge was a full-time cast member for twelve seasons.

On Friday, Gunvalson wrote on Instagram that she will always be the OG of the OC, but it’s time to say goodbye.

Love you Andy! “ Don’t cry because it’s over, smile because it happened” dr. Seuss

“It’s been an incredible ride for 14 years and I want to thank all of you for your support, for your love and for ‘whooping it up’ with me along the way. I’ve been working on new projects that will be exciting, empowering and inspirational,” wrote Gunvalson.

The Coto Insurance founder added that she is launching a new podcast titled Whoop It Up with Vicki.

Just one day later, Judge revealed that it was also time for her to move on. The CUT Fitness owner said it’s been a “wild 12 years,” and she is sad about leaving, yet excited for her future.

Gunvalson actually popped up in the comments section of Judge’s announcement and wrote that they’ve shared so many great and not-so-great times together. She added that it has been the ride of their lives, then referred to herself and Judge as “Thelma and Louise” and asked where she wanted to go next.

According to Us Weekly, Judge turned down an offer from Bravo to stay on RHOC as a friend of the show with a three-episode contract for $20K per episode, but Judge turned them down because it was too much of a cut from her $900K salary as a full-timer. She said that she wanted to leave on her own terms.

I will always be the OG of the OC, but it’s time to say goodbye to The Real Housewives of Orange County. It’s been an incredible ride for 14 years and I want thank all of you for your support, for your love and for “whooping it up” with me along the way. I’ve been working on new projects that will be exciting, empowering and inspirational. My podcast with Westwood One will be launching soon and I will have much more to say about this on “Whoop it up with Vicki” . I hope you will join me with my new journey so please stay tuned. I love all my fans, and I want to thank Bravo and Evolution for this incredible experience which my family and I have will never forget. #bravo #rhoc #whoopitipwithvicki @westwoodone @bravo @whoopitupwithvicki

Executive producer Andy Cohen confirmed on Radio Andy that Judge was offered a part-time role to wrap her story, but she didn’t want to do that.

“Listen, she’s been on the show for 12 years, we wanted to give her a send off,” explained Cohen. “She has been an incredible housewife, she’s been dramatic, she has been great! We had been wanting to — not reinvent, but shake it up for a couple years.”

Cohen added that he hopes Judge will come back in some form during upcoming seasons because she’s someone he always wants to know about and check in on. The St. Louis native also talked about Gunvalson on Instagram, captioning throwback photos with his memories of her first RHOC reunion.

Cohen said that he and Gunvalson’s eyes would meet when he was grilling the other ladies, and she would wink at him “optimistically and effervescently.” She continued to do that year after year, and it always made his heart smile.

I remember the first reunion I did with Vicki Gunvalson. Occasionally our eyes would meet as I grilled the other women, and she would wink at me optimistically and effervescently as both of her deep dimples shone. She kept winking at me Year after year, and it always made my heart smile. Vicki is an original, who remained her authentic self from her Family Van-freakout through her last reunion. It’s so hard to remain exactly who you are after being on television for so long, but Vicki is one of a kind. Thank you for everything, @vickigunvalson – what a ride. And it’s not over. (This pic is actually from the Season 3 Reunion, and I always really liked it..) ❤️ 🍊 #RHOC

Braunwyn Windham-Burke told Us Weekly that she is grateful for the opportunity to be a housewife, and her friendship with Judge is one of the reasons why. She added that she’ll miss filming with Judge, but knows she has a friend for life.

Alumnae Heather Dubrow called both Gunvalson and Judge “iconic,” while Lydia McLaughlin said it was the “end of an era.” Gretchen Rossi declared that Gunvalson had an incredible run, but celebrated Judge’s exit.