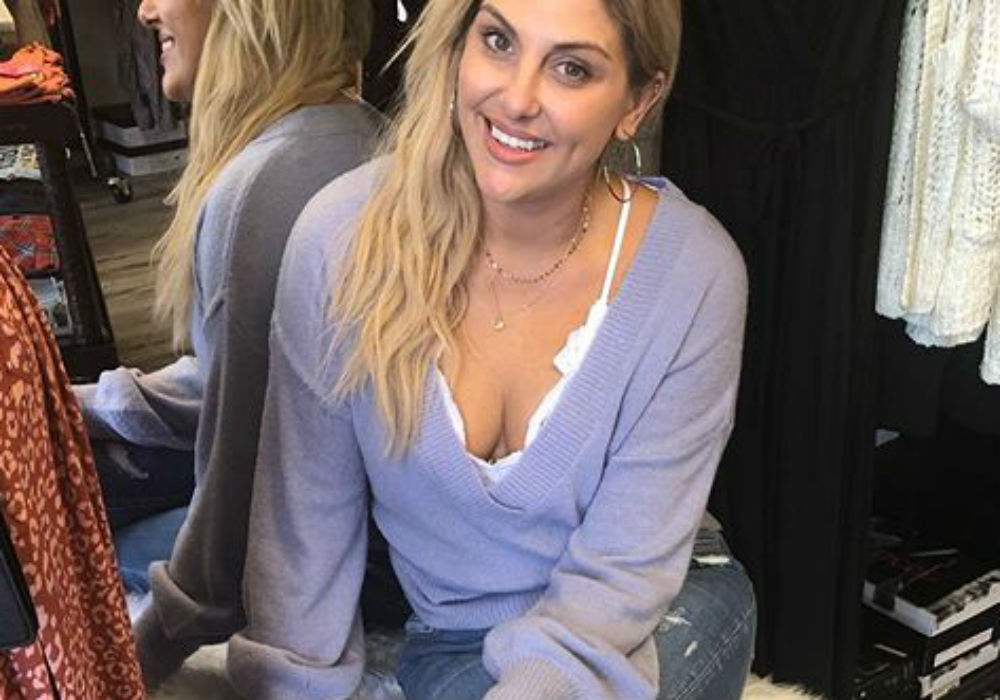 Real Housewives of Orange County star Gina Kirschenheiter is near the end of her divorce drama with her ex, Matt Kirschenheiter. And, while she admits it’s been hard watching the split play out on RHOC, she says she is now blissfully happy in her new relationship, and the three children she shares with Matt are “doing really great.”

“I think it’s always been kind of hard for me to watch my own story line because it is pretty real and raw and intense and hard,” Kirschenheiter recently admitted to Page Six.

This past year-and-a-half has been a difficult one for the 35-year-old. She filed for divorce from Matt in June 2018 after wrapping filming on her first season of RHOC, and things remained amicable between her and Matt for a year. Fans are currently watching their broken relationship play out on Season 14, even though Matt doesn’t appear on camera at the request of his former employer.

But, after filming wrapped for the current season, Gina and Matt’s divorce took a nasty turn when he showed up at her home in the middle of the night this past June and allegedly assaulted Gina. Police arrested Matt that night, and later the prosecutor filed domestic violence charges against him.

This led to Gina getting a restraining order against her estranged husband so she could protect herself and her three kids – Nicholas, 7, Sienna, 5, and Luca, 3 – who make frequent appearances on RHOC.

Always find a reason to laugh. It may not add years to your life but will surely add life to your years ❤️

Gina Kirschenheiter admits that her kids were struggling after she filed for divorce, but things are getting much better since she and Matt finalized their split in August. The divorce will be official on New Year’s Eve and the restraining order continues until January 15th. Gina says now that she’s in a new relationship with her boyfriend, Travis, she’s much happier and her kids are in a better place.

“So I’m happy to report in that my kids are doing wonderful and they’re thriving. And I mean, they’re still fresh sometimes, but they’re their mom’s kids so it is what it is!” said Gina.