Real Housewives of Orange County rookie Emily Simpson has faced some body-shaming on Twitter this season, and she fought back by telling haters that she is comfortable with her body. But, that doesn’t mean that everything is 100 percent real. Just like her castmates, Simpson has gone under the knife several times since joining the cast earlier this year to subtly enhance her appearance.

According to her plastic surgeon, Dr. Tim Sayed, Simpson’s busy social calendar, taping schedule, and career as a lawyer, led the 53-year-old to want some small corrections.

“Emily is most interested in results such as small corrections to soften wrinkles around the eyes and forehead, brightening the appearance of the eyes, and treatments with an overall anti-aging effect,” said Dr. Sayed.

When fans recently asked Simpson if she had work done on her lips, she said no. So, was she lying?

Dr. Sayed said that Simpson is a celebrity in her own right, who has her own look and personality, so he wouldn’t expect her to come right out and ask him for lips like Angelina Jolie because she already has full lips with no filler added. He added that Simpson is proud of that.

He says that the focus of Simpson’s current treatment is Botox and fillers. However, they are exploring options like laser resurfacing to enhance her complexion and some long-acting fillers to enhance the mid face.

However, Radar Online reports that Simpson isn’t as comfortable with her curves as she lets on. Even though she claims she is proud of her fuller figure, Simpson has discussed minimally invasive body contouring technology like cool sculpting instead of traditional liposuction surgery.

During her first season on RHOC, Simpson has struggled to become friends with star Shannon Beador, and she wrote in her Bravo blog after this week’s episode that she was shocked by Beador’s constant tardiness. But, to make matters worse at their dinner in Jamaica, Beador was mocking their conversation and making rude comments.

“Toned, tan, fit and ready Turn it up cause it’s gettin’ heavy Wild, Wild West Coast, these are the girls I love the most” ???? Who’s ready for an all new RHOC tonight as the #jamaica drama continues! ☀️?☀️?☀️?☀️? And then make sure to watch my girl @ginakirschenheiter on #WWHL tonight!!! ?????? TAG your #rhoc crew below and remind them not to miss this crazy episode! @rhoc_kellyddodd @tamrajudge @bravotv #vacation #funemily #ilikechampagne #only1glasstho #whereisshannon

Simpson wrote that Beador has her own time agenda and suggested that Beador should always lead the dinner conversation since she has such “riveting” things to discuss.

She added that Beador’s reaction to Tamra Judge bringing up the fact that she treats Simpson and Gina Kirschenheiter poorly and doesn’t acknowledge their existence was ridiculous. Emily Simpson said that Beador’s time management excuse was “lame,” especially since they were all on vacation at the time. 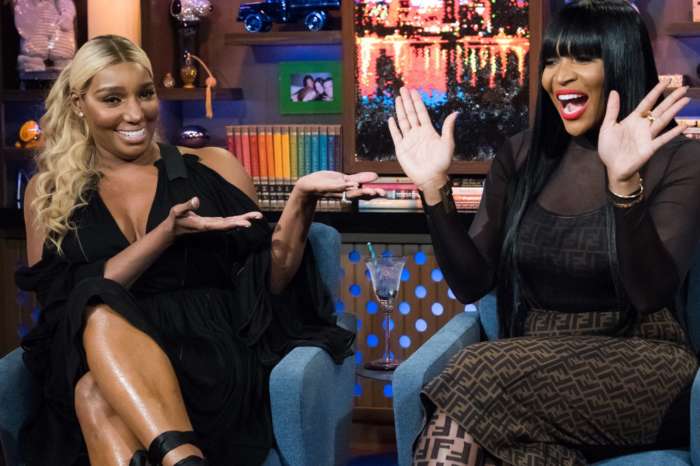 NeNe Leakes Shares A Behind The Scene Photo From The RHOA Set With Marlo Hampton – Fans Say Marlo Looks 21!

KUWK: Kylie Jenner Posts Side-By-Side Pics Of Stormi And Her As A Baby Proving They Look Strikingly Alike!