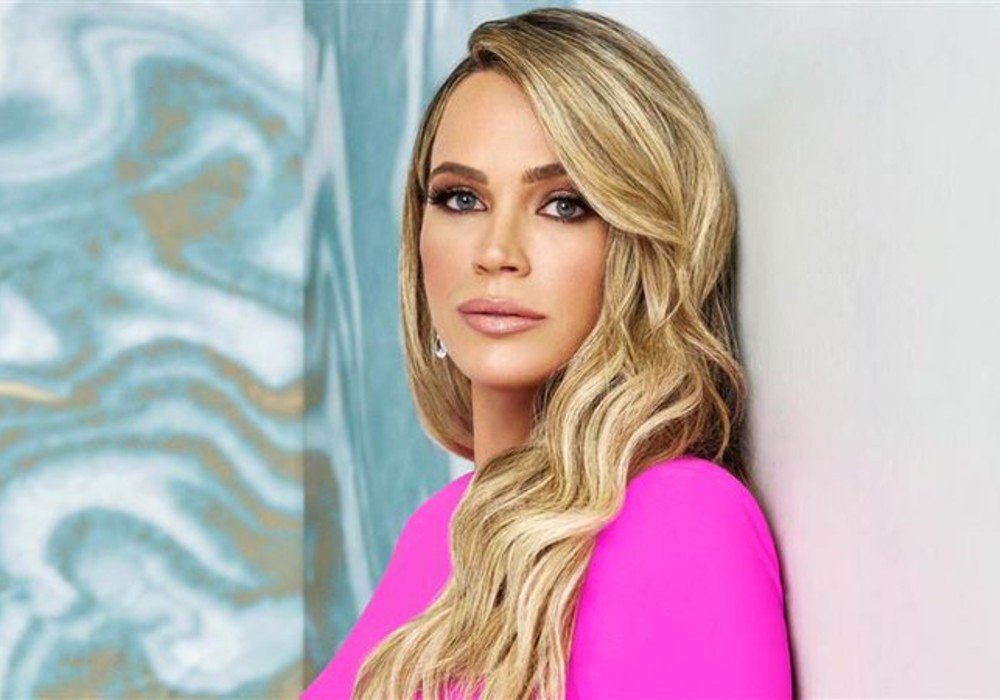 Real Housewives of Beverly Hills star Teddi Mellencamp just gave birth to baby number three, and that means it’s time for a new hairstyle. The 38-year-old took to her Instagram Stories earlier this week to show off her new pink hair, which she did herself in the middle of the COVID-19 lockdown.

Mellencamp opted for Overtone Pastel Pink Coloring Conditioner instead of a permanent or semi-permanent box dye. She posted several pics of her new hair while asking her fans for their opinion of the new look.

After having a baby, I always do something drastic with my hair. This time, I thought pink! And while @tedwinator said it looked “hawt” Cruz said I looked crazy 😜 Whose side are you on? (*Conditioner color @overtonecolor in pastel pink)

“Ok so what do we think?” asked Mellencamp in the video. “I’m pretty sure it’s going to wash out pretty quickly but I think I’m liking it.”

In the caption of the post, Mellencamp explained that she always makes a big change with her hair after having a baby.

“After having a baby, I always do something drastic with my hair. This time, I thought pink! And while @tedwinator said it looked ‘hawt’ Cruz said I looked crazy 😜 Whose side are you on?” wrote Mellencamp in the caption.

In the comments section, the Bravolebrity explained that she colored all of her hair, but the color only took to the parts of her hair that were blonde. She noted that because of this, all of the underneath parts of her hair – plus the roots – were still dark.

Back in February, Mellencamp gave birth to her third child, a daughter named Dove. The baby girl was Mellencamp’s third child with her husband Edwin Arroyave. They also share a seven-year-old daughter named Slate and a five-year-old son named Cruz. Arroyave also has a daughter from a previous relationship named Isabella.

Mellencamp has been candid on social media about her “postpartum reality” since welcoming baby Dove. Three days after the baby arrived, the RHOBH star posted a pic of herself in a black bra and underwear. In the caption, she wrote that she and Dove already shared an incredibly powerful bond, and they had an unbelievable, unconditional love.

Teddi Mellencamp has also posted numerous pics and videos of her newborn on Instagram, and she says she gets “tears of joy” when she watches Arroyave “light up” when he’s with their new daughter.

Miley Cyrus: Here's How She Feels About Sister Noah Singing About Living In Her Shadow!