Real Housewives of Beverly Hills star Teddi Mellencamp has just given fans an update about her daughter Dove after the five-month-old underwent neurosurgery. On Saturday, Mellencamp revealed on her Instagram story that the operation was “successful,” but it was a “long night.”

Dove had surgery on Thursday for a rare skull condition called Lambdoid Craniosynostosis, which can result in an abnormally shaped head. In one post, Mellencamp shared a black-and-white pic of herself lying in a hospital bed. 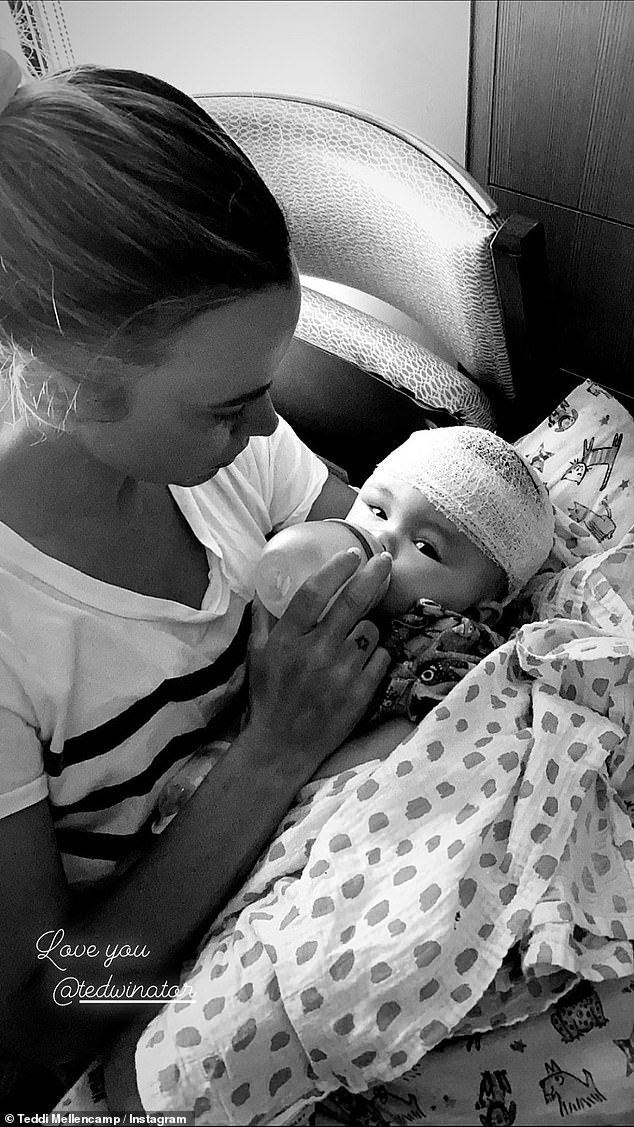 “Long night for my angel baby but wow she is so strong and resilient. Love her so much,” wrote Mellencamp in the caption.

In a second black-and-white photo, Mellencamp can be seen feeding her daughter - who has her head bandaged. And, in a sweet video clip, Dove can be seen smiling and making baby noises.

Mellencamp also shared an inspirational quote that she received from a fellow “cranio mama” that read: “Sometimes life is about your dreams, hopes and visions for the future. But there are some days where life is just about putting one foot in front of the others. And that's okay.”

The messages of love and support from her more than 900K Instagram followers immediately started to pour in. Flipping Out star Gage Edward commented that he was thinking of Mellencamp and baby Dove and added a red heart emoji.

Another fan wrote that both Mellencamp and her daughter are “warriors,” and one follower told the RHOBH star: “You got this.” The inspirational message hit home for one person who wrote that it was something “we all need sometimes.”

They also thanked the daughter of rock legend John Mellencamp for posting the message and let her know that their prayers were with “that sweet baby and your whole family.”

After Thursday’s surgery, Teddi Mellencamp said on her Instagram Story that she had “so much gratitude” for Dr. Danielpour and Dr. Urata - Dove’s “amazing surgeons.” She also thanked the “loving nurses” who are continuing to help her care for Dove while she recovers.