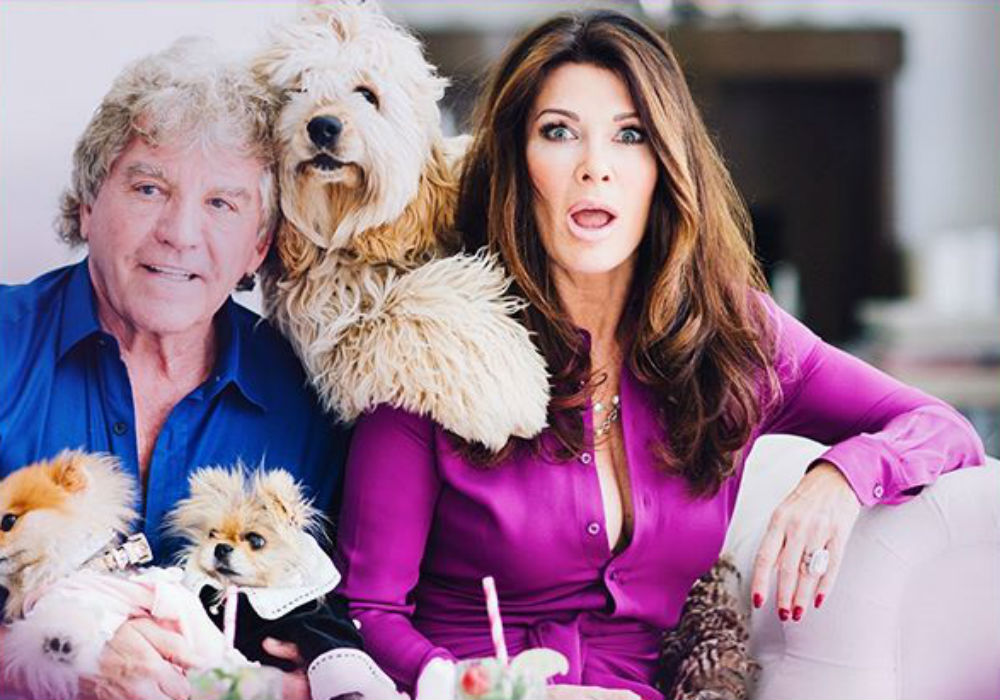 Earlier this year, Lisa Vanderpump decided to quit Real Housewives of Beverly Hills after starring on the Bravo reality series for nine seasons, and her husband Ken Todd says she is a “different person” now that Housewives is behind her.

Todd recently told Too Fab at the 4th annual Vanderpump Dogs Foundation gala that his wife is doing great post-Housewives because “she’s got eight b*tches off her back.” He added that he’s had “no contact” with any of his wife’s former co-stars, and Vanderpump’s focus is the “dogs, not the b*tches.”

Amongst all the #BravoCon excitement, it’s important to stop and smell the roses … and the rosé! Thank you @Pepsi for partnering with @Bravotv to create this dream space. Cheers to a great weekend! #ad

As fans know, Vanderpump left RHOBH after she had a major falling out with her co-stars over #Puppygate. And, she also admitted in a recent interview that she wasn’t ready to return to the show last season because she was still grieving over the loss of her brother, Mark, who committed suicide.

Now that the OG has exited RHOBH, she is keeping busy with her restaurants – including the new Vanderpump Cocktail Garden in Las Vegas. LVP also has her charity work, and she is still a major part of Vanderpump Rules.

“There’s so much going on in my life with other things I’ve been doing,” explained the philanthropist and restaurateur. “Vanderpump Rules is a big show, we’ve opened up Vanderpump Cocktail Garden, we’ve been working with the rescue, we’re opening next door to TomTom, I’m talking about other projects, so it’s a lot. I’m doing something else for Caesars [Palace], so there’s a lot going on. I haven’t really given it [RHOBH] the attention that maybe other people think it deserves.”

Vanderpump did reveal that she ran into Kyle Richards and her husband, Mauricio Umansky, at BravoCon in New York. LVP says that Richards stopped and said hello on the way to her table. Vanderpump was having dinner with friends, but Umansky did stop and give her a hug. Still, Vanderpump says she has “no idea” if she and Richards will ever reconcile.

Oh my goodness I am so thankful and excited that the second Bill that we @VanderpumpDogs championed has been passed in Congress!!!! Congratulations @repteddeutch !! #thePACTAct

Vanderpump also shared her thoughts on Camille Grammer’s decision to return to RHOBH as a friend of the show this season after a brutal Season 9 reunion had her threatening to quit. Vanderpump – who is still friends with Grammer – says that she didn’t watch the reunion, but Grammer told her it was upsetting and she was devastated after filming.

Season 10 of the Real Housewives of Beverly Hills will premiere on Bravo in 2020. And,  the new season of Vanderpump Rules premieres on January 7th.