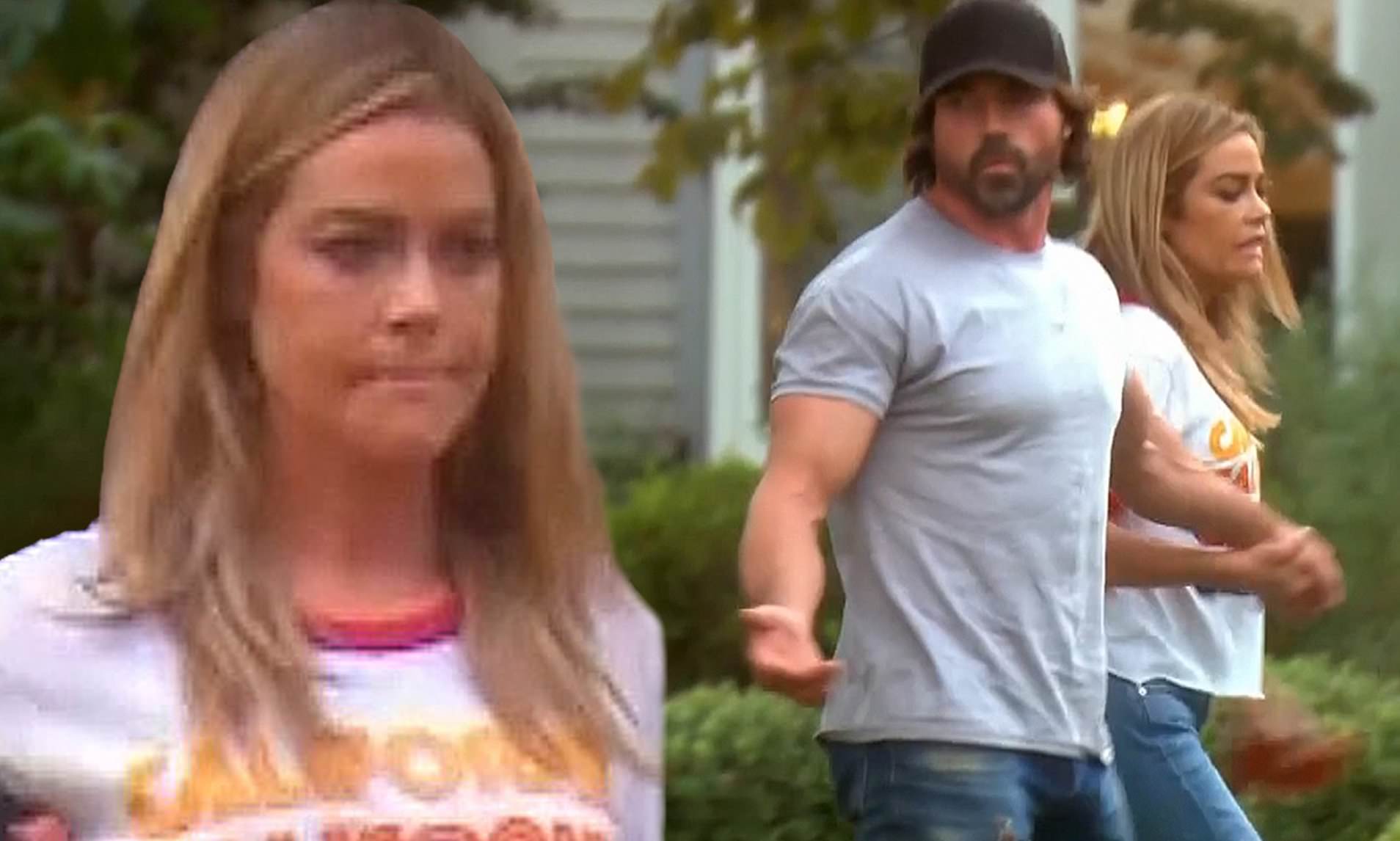 The beginning of the most talked-about upcoming storyline on Real Housewives of Beverly Hills started on last night’s episode. Denise Richards’ husband displayed some troubling behavior that is worrying fans.

Denise Richards was confronted by some of her co-stars about not bringing her children around after they heard an inappropriate conversation between the ladies. The actress didn’t have to stand up for herself because Aaron Phypers did it for her.

After she decided to leave Kyle Richards’ house, Denise and Aaron got up and were chased out by Kyle. Denise was adamant about telling Aaron not to say anything because the cameras were rolling.

As she repeated herself, the husband could be heard saying: ‘Don’t tell me what to say I’m going to crush your f****** hand stop it.’

The warning was a sign that Denise may be a victim of abuse for viewers.

One watcher tweeted: ‘he seems like he might be on something. I am starting to wonder if the Brandi story coming to light posed a safety concern for Denise.’

While another made an observation about their relationship: ‘That’s what I said, seems his & denise’s vibrational frequency is very low & the relationship seems based on sex & violence (or @ least threats of violence) if he felt comfortable saying this 2 her out in public it’s obvious it’s been happening 4 a while. Usually worse in private.’

Another fan added: ‘When I saw this my whole mindset changed. Omg.. now I feel worried for her. The ladies maybe didn’t know or still don’t know that maybe she doesn’t want this out because she’s she’s scared.. legitimately.’

There were some who thought that the clip wasn’t as big of a deal as everyone was making it.

However, when watched with the preview for the second half of the season — it may seem even more relevant.

In the upcoming episodes, the alleged affair between Denise and Brandi Glanville will come to light. Glanville can be hard revealing in one scene that Denise told her Aaron could never find out.