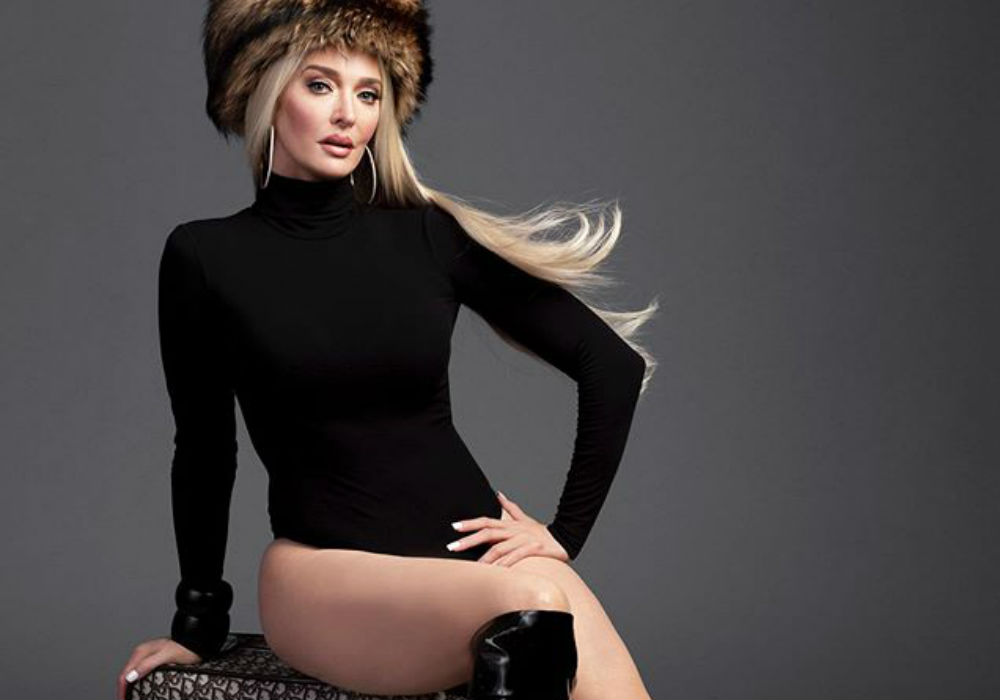 Real Housewives of Beverly Hills star Erika Jayne is currently in rehearsals for her upcoming Broadway debut in the award-winning musical Chicago. Jayne is taking on the role of Roxie Hart while she is also filming Season 10 of RHOBH, and rumor has it the upcoming season is so boring that they had to bring in Camille Grammar and numerous alumna to bring some drama.

Jayne recently spoke with Page Six, and she said that her rehearsals for Chicago feel great right now, but she admits that when opening night arrives on January 6th she will “probably vomit in a bucket off stage.”

Jayne explained that starring in a Broadway show is a lot different than being a full-time cast member on RHOBH.

Fans might be surprised to know that Jayne is not the first RHOBH cast member to play Roxie Hart on Broadway. Back in 2007, Lisa Rinna took on the role opposite her husband, Harry Hamlin.

Bravo cameras have followed Jayne in recent weeks as she temporarily relocates to New York and prepares for her Broadway debut. But, numerous reports claim that filming for the upcoming season hasn’t been going well without Lisa Vanderpump, and that forced producers to bring back Grammar – who said after the Season 9 reunion she wouldn’t return – and other alumna like Brandi Glanville, Kim Richards, and Eileen Davidson.

Thelma and Louise found a Ferrari 💋

When a fan asked producer Andy Cohen on Twitter why they would bring back old cast members if Season 10 was going so well, he had a simple explanation.

“Because we try to bring them back pretty much every single year at some point,” said Cohen.

As for Jayne, she says that a lot has been going during Season 10, and it’s “all great stuff.” She then added, “Pressure makes diamonds.”

Season 10 of Real Housewives of Beverly Hills will return with new cast members Garcelle Beauvais and Sutton Stracke – plus all of the cast from last season, sans Vanderpump – in new episodes that will premiere on Bravo in early 2020.

Wendy Williams Happier Than Ever Since Her And Kevin Hunter's Divorce - She Reportedly Feels Finally 'Free!'