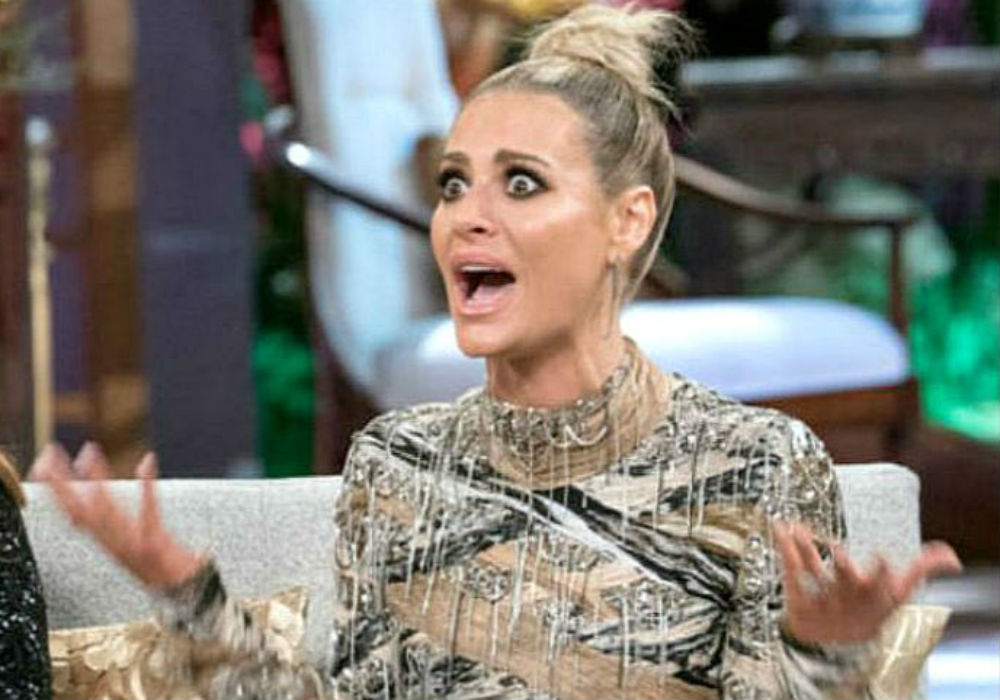 As the #puppygate drama continues to play out on this season of the Real Housewives of Beverly Hills, more details are starting to emerge about what really went down between Lisa Vanderpump and Dorit Kemsley over Lucy’s botched adoption. As accusations fly from both sides – with allegations of lying and manipulation – Dr. John Sessa, executive director of Vanderpump Dogs, is attempting to set the record straight.

Earlier this week, Dr. Sessa appeared on the On the Rocks radio show to explain his side of the story, and he made it clear that Bravo cameras missed a lot.

This season is disgusting. Why is everyone comforting @doritkemsley1 ? WHAT ABOUT THE DOG? #RHOBH

As RHOBH fans know, last summer Kemsley adopted Lucy Lucy Apple Juice from Vanderpump’s rescue center. Later she claimed that the dog bit her husband and children, so she had to find the pet a new home.

During a recent appearance on Watch What Happens Live with Andy Cohen, Kemsley insisted that she immediately told Vanderpump about the situation, and Kyle Richards backed up Kemsley’s account in her blog.

During the Season 9 premiere, fans saw Dr. Sessa introduce Lucy to Richards and Teddi Mellencamp-Arroyave, and later Lisa Rinna accused Vanderpump of using the doctor to set up Kyle and Teddi so they would expose the story.

Dr. Sessa said that Vanderpump and her husband, Ken Todd, told him to waive the $5,000 penalty that Kemsley agreed to when she signed the adoption contract, but he refused because he wanted to protect the foundation and the dogs, not Kemsley.

So, @doritkemsley1 and PK are out here committing fraud/not paying their bills for Doritos swim suit line. Dorit gets confronted about that IN THE BAHAMAS. And we, the viewers, get this lame ass dog storyline. #unimpressed #rhobh

He also insisted that Vanderpump did not have some kind of master plan to expose the situation, and it upsets him that people think she did. Dr. Sessa says that Vanderpump was busy with Tom Tom and her new Vegas location, and she texted him while on a plane to Vegas to tell him to “shut it down.”

However, he didn’t want to shut anything down because he doesn’t push bad things under the rug just because it involves a celebrity.

“You guys have to understand that PK and Dorit are Lisa and Ken’s longtime friends, and Lisa always — which, Lisa and I have multiple arguments about, I’ll admit that — we always fight about her defending Dorit because Dorit has done several things. She’s not only done things to me, but she’s done things to Lisa, who I care about, and now she’s done something to a dog that I hand-reared,” Sessa explained.

He then said that he went to Vanderpump’s home to talk to her about the situation, and he admits that Vanderpump was torn between her friends and him. However, Sessa wasn’t going to ignore all of the foundation’s procedures just because the situation involved a star of RHOBH.

Mellencamp claimed in her blog that she had been used as a pawn to make sure #puppygate went public, while LVP could lay low and “pretend like she had Dorit’s best interests.” But, Sessa says that isn’t true, and he has the receipts to prove it. He then revealed even more juicy details.

Here’s the deal @LisaVanderpump runs a dog adoption agency. @doritkemsley1 thought she could do whatever she wanted bc she is friends with LVP. She took advantage.The other girls are latching on bc they have been waiting to take LVP down. This is gross behavior #RHOBH

“Here’s something else that no one else knows: This is the second dog that Dorit had returned to us, or rather, given up,” Sessa said. “She adopted a 3-to-4-year-old beautiful Yorkshire Terrier. So Dorit adopted the dog. She loved the dog, Madison. And a week later, two weeks later, she says, ‘I’m sorry, it’s just not gonna work out with the family. The dog is biting my family.’ Similar to what she said the second time around. I’m not sure what happened. I did see there was a photo with bite marks on PK’s nose. So the first dog, we take back.”

Sessa then explained the adoption process at Vanderpump Dogs, saying that the coordinator, Hannah Bortz, does a pre-check and a final home check. And, they reached out to Kemsley two separate times to find out how Lucy was doing but didn’t get a response.

He says that Bortz trained the first dog Kemsley returned, and he hand-reared Lucy in his home until she was eight weeks old and never had any issues.

“This is a dog that was born in my house, bottle-fed by me,” he said. “And then Hannah spent three weeks training Dorit on how to take care of the dog. We took the dog back for spade and neutering. We never do any of this, just so you know. So then Hannah’s reaching out, trying to find out what’s going on with the dog, and Lisa finds out. Sunday I get a message from — I won’t say the shelter name — but a kill shelter in Orange County that said they have one of my dogs.”

Sessa then revealed that the shelter told him that a “reality celebrity” had dropped Lucy off, and when he discovered it was Kemsley he was furious.

However, Dorit Kemsley still maintains that she gave Lucy to a good home, and claims to have no idea how Lucy ended up in a kill shelter.

To watch more of the drama unfold, tune into new episodes of Real Housewives of Beverly Hills Tuesday nights on Bravo. 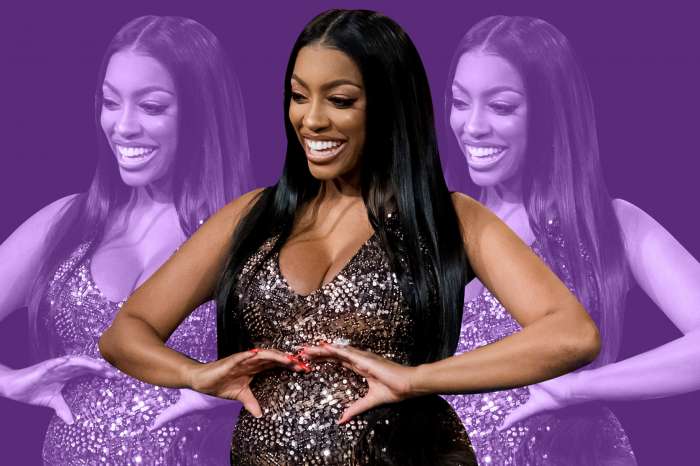 Porsha Williams Gushes Over Her Lavish Baby Shower: "The Room Was Filled With Laughter And Zero Stress"

I don’t know how LVP puts up with these constant attacks by women who are such witches. The jealousy oozes from their pores. Rinna, Erika, Dorit – no class, never had any, never will. The show is failing because of these three. Time to fire them.
Believe me darling, I know a bch when I see one.