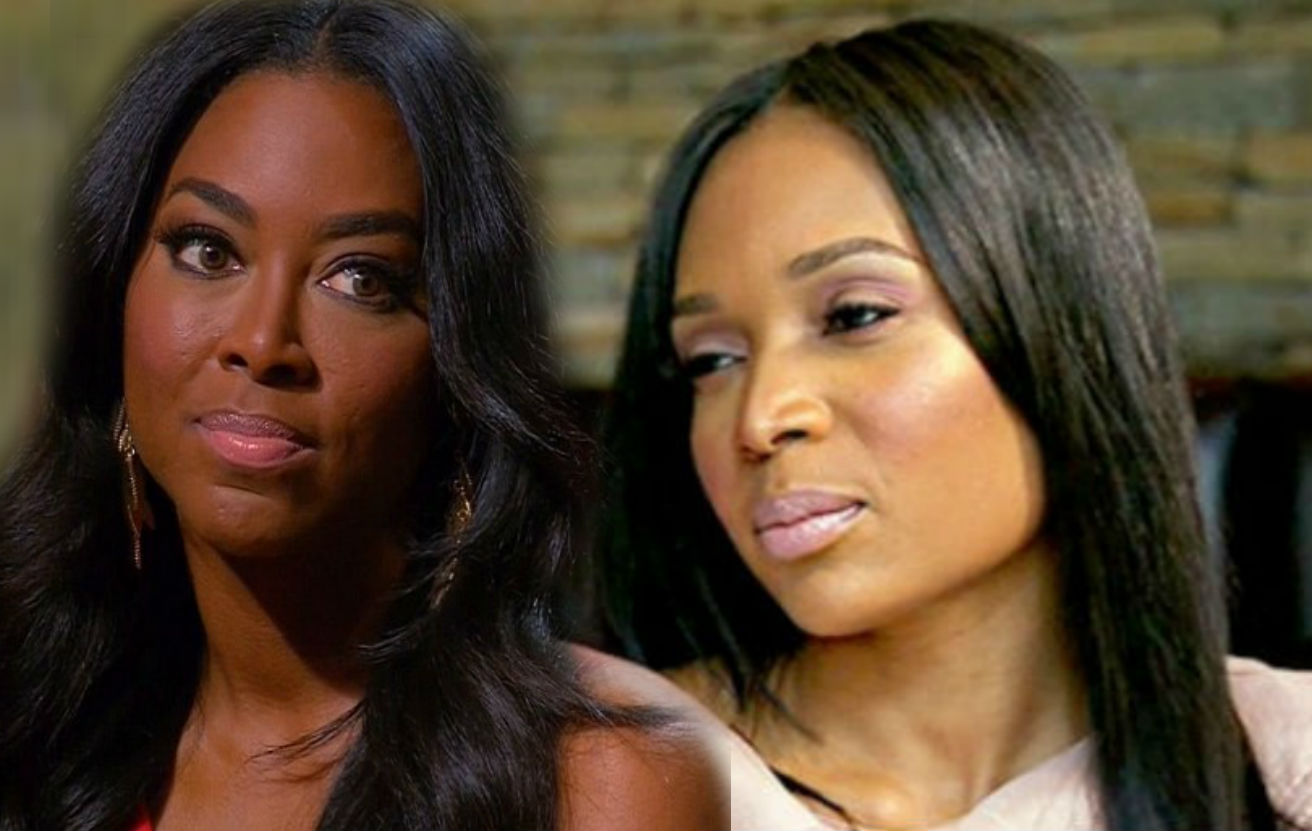 Source: All About the Tea

Filming for the upcoming season of Real Housewives of Atlanta is turning all eyes to the blogs to keep fans updated on what antics to look forward to. At the first all-cast event, Kenya Moore and Marlo Hampton allegedly had a huge showdown.

Marlo has been promoting the launch of her new venture Her Hair Collection by Marlo Hampton. At the anticipated event, it is said that the entire cast was together for the first time — including Nene Leakes who started filming late due to contract disputes!

According to multiple reports, Leakes left early when one of the women showed up. It’s safe to say from the videos that hit the internet Nene wants nothing to do with Kenya Moore who twirled in and made a huge scene.

Moore showed up in a gorgeous orange dress where she stole the spotlight from Marlo by bringing Kenya Moore hair care products! In a clip posted by a RHOA fan page, you can hear the rivals arguing.

Kenya promotes her products when Hampton takes the microphone and asks if it helps with ‘the grays.’ Unconfirmed sources say that the argument got pretty intense.

“Now tell me does it help with the greys?!” #KenyaMoore crashed #MarloHampton’s event! It appears Kenya brought her own products @kenyamoorehair to the @her_hair_collection event 🤭 Looks like Cynthia, Porsha, Tanya, Kandi, Shamea, and Yovanna were all present! 👀 All of the ladies look amazing 😍🎥 #RHOA (Oop! Looks like Kenya was actually invited by Marlo! But it appears she came with the antics 😂)

A commentator claimed: ‘Marlo called Marc rent-a-husband. Kenya asked Marlo if Ted Turner was an investor in her wig line. The exchange was actually heated.’

This is the second rumored confrontation that Kenya was involved in.

Another source claimed that Eva Marcille and the 48-year-old got into it because Eva didn’t bring her children to Kenya’s event for Brooklyn Daly due to the fact that that she didn’t like ‘Kenya’s energy.’

As you can probably predict, Kenya didn’t take kindly to the comment which allegedly led to a dispute between the two.

Fans are split on how they feel about Kenya’s return. While some miss the quick-witted insults and hilarious antics others wish that Kenya would have shown some growth by now.

What do you think about these rumored spoilers? 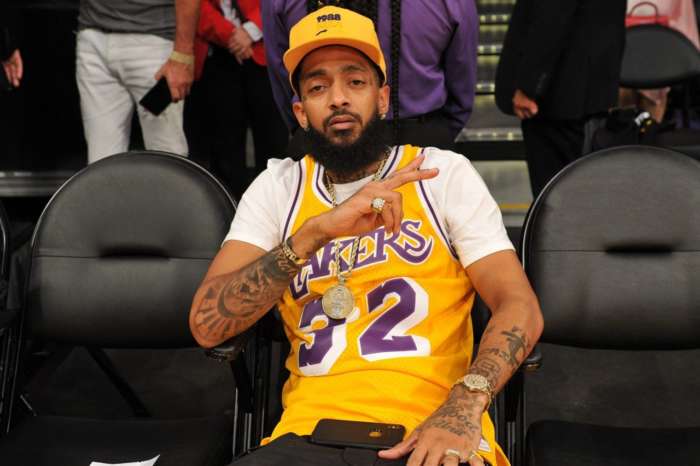 Nipsey Hussle's Iconic Lakers Jersey Idea Is Getting More Support After The Game Shared A Photo Of What It Should Like -- Will LeBron James Put His Weight Behind This?

I can see why Kenya is getting divorced. She behaves like a psychotic two-year-old.

Everyone knows RHOA is the Nene Leakes show co starring Kenya Moore….dont get it twisted.

Very tacky of Kenya to show up at an event with her own products. I’d have hope she’d have grown up some. Apparently not. SMH