RHOA Shamari DeVoe Demoted To A ‘Friend’ For Season 12! Who Else Will Lose Their Peach? 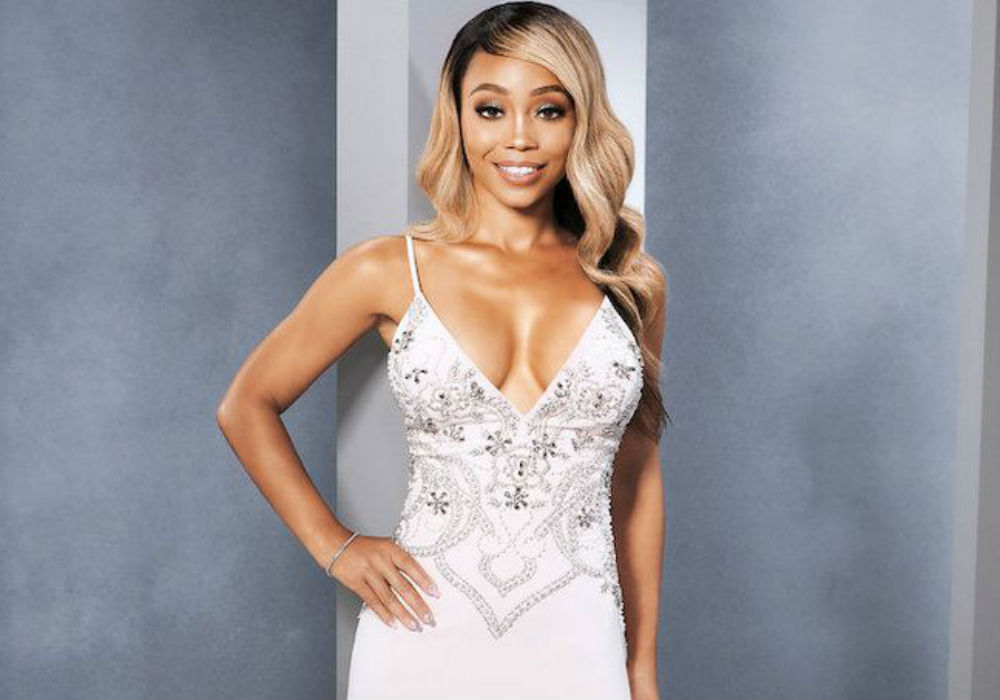 Some major shakeups are afoot for the cast of the Real Housewives of Atlanta. Season 11 ended in a bad way, with most of the cast members at odds with NeNe Leakes. With their friendships in pieces, producers are allegedly looking to introduce some fresh faces in Season 12.

The first RHOA cast member on the chopping is rumored to be Shamari DeVoe. Sources claim that DeVoe, who is married to Ronnie DeVoe of New Edition, is losing her peach next season and will be demoted to friend status. If the reports are true, then Shamari is basically the new Marlo Hampton.

According to Madame Noire, producers are also thinking about booting Eva Marcille from the show. The only thing that might save Marcille from losing her peach is the fact that she is recently married and has two children. But if producers find a suitable replacement, it is entirely possible that her time on the show is over.

Speaking of replacements, rumors have been running wild that Kenya Moore will be back in action next season. Moore gave up her spot on the show after Season 10 so that she could focus more on her family. She also famously refused to allow cameras to film her husband in Season 10, so that would definitely have to change if she wants to return.

While Moore was not a full-time cast member in Season 11, she did make a brief appearance. In fact, Moore’s inclusion last season caused some major drama between the cast members, especially Cynthia Bailey and Leakes.

🗞️BREAKING NEWS 🗞️For all my #twirlers, we have an EXCLUSIVE special announcement….. Contracts are finished and Kenya Moore WILL be a full time housewife for season 12 #RHOA🍑. #WelcomebackTWIRL
Are we excited for her return?
👇Retweet & Comment your thoughts belows?👇 pic.twitter.com/RYPhuwnLVe

As far as the current cast is concerned, Porsha Williams, Bailey, Leakes, and Kandi Burruss are all expected to return for Season 12. That said, Bravo has not made any casting decisions, so there is really no telling who might lose their peach.

Production on the new season of the Real Housewives of Atlanta is expected to begin later this year.