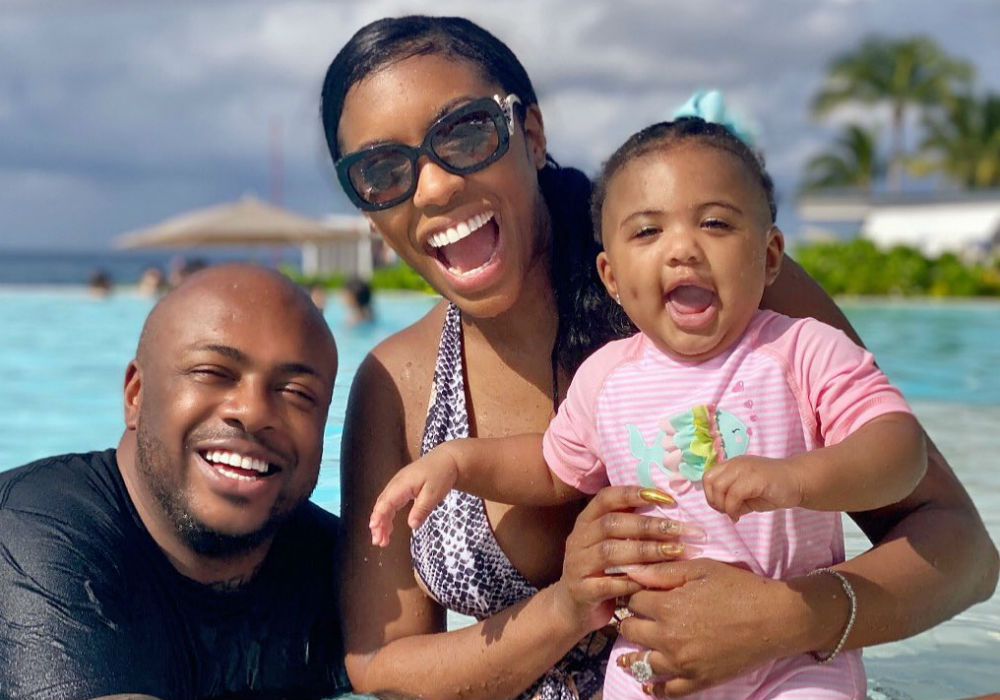 Fans of the Real Housewives of Atlanta have watched Porsha Williams and Dennis McKinley’s relationship fall apart this season due to his infidelity. McKinley’s cheating led to Williams ending their engagement, but they managed to reconcile a few months later. Williams and McKinley are now engaged once again, so why was he at an Atlanta diner this past weekend with four women at four o’clock in the morning?

According to Radar Online, they obtained photos and a video of McKinley at the Majestic Diner in Atlanta at 4 a.m. on Saturday, January 4th. The outlet also talked to an eyewitness, who said that Williams’ fiance was sitting at a table with “four beautiful women” and Williams wasn’t there.

#RHOA star Porsha Williams’ fiancé, Dennis McKinley, was spotted out with four gorgeous women who were not her. Watch the video: https://t.co/V5ViGyPY9R

“Porsha was not with him. Dennis was the only man in the group and all of the women were flirting with him,” revealed the snitch. “The girl in black had her head on his shoulder. It was like he was on a date with all of them.”

The eyewitness added that McKinley – who is the father of Williams’ daughter Pilar Jhena – was flirting with the women, and he also paid the bill for the entire table. Apparently, one of the women told another that she met McKinley after he “slid into her DMs.”

The group ended up leaving the diner together in a black Escalade, and they had a driver.

In the video, McKinley is wearing the same purple hoodie that he wore in pics that he posted on Instagram about one week earlier. The source said that they knew it was McKinley the moment he rolled in with the women, and immediately noticed Williams’ absence.

All of this comes after McKinley confessed to cheating on Williams when she was pregnant with Pilar. As fans know, Williams and McKinley started dating in the summer of 2018, and within weeks they were engaged and expecting.

McKinley proposed to the RHOA star in front of Bravo cameras with a $750,000 diamond ring. But, not long after the birth of their daughter, the couple called it quits. McKinley revealed his infidelity during a therapy session that was also caught by Bravo cameras. He blamed his actions on Williams’ pregnancy and her postpartum depression.

After they reconciled, McKinley re-proposed in front of Bravo cameras AGAIN. Porsha Williams said yes, and they are now planning a summer 2020 wedding that will be filmed for RHOA.