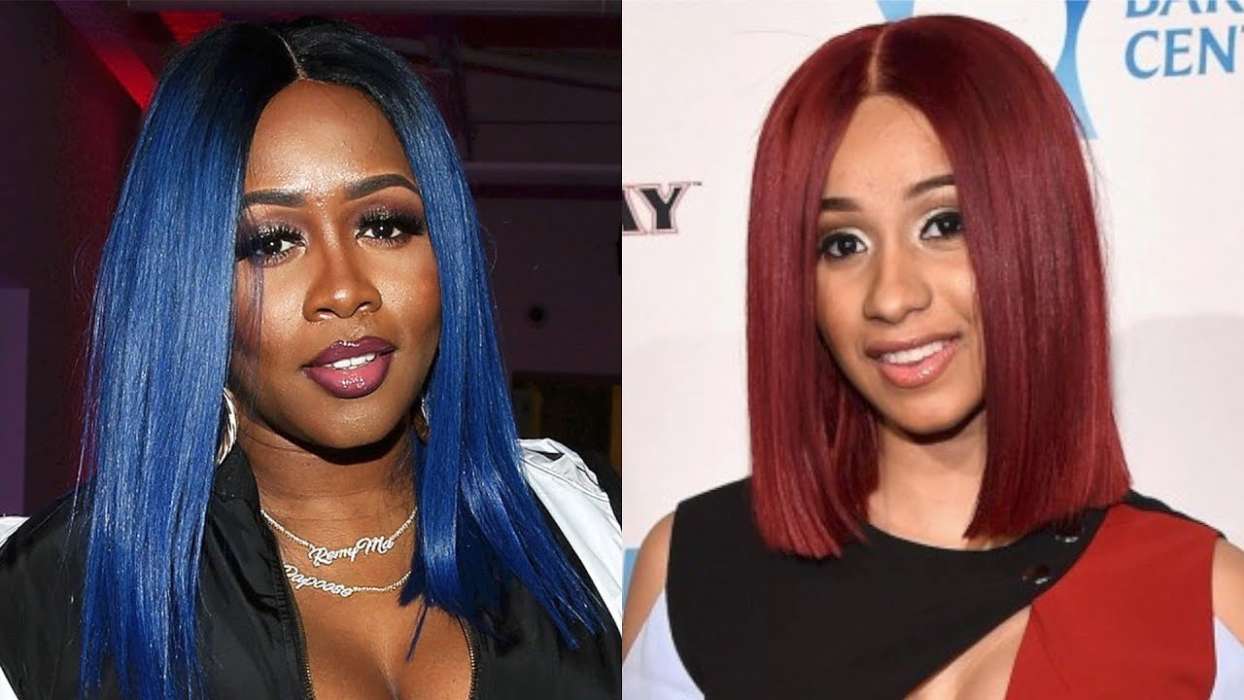 According to a report from Us Magazine, Remy Ma can definitely see her daughter, Reminisce, hanging around the daughter of Cardi B, Kulture Kiari. Remy Ma has a 7-month-old whereas Cardi has a one-year-old. The star foresees a playdate between the two babies in the future.

The 39-year-old legend said to Us Magazine, “absolutely, I can see that,” while at the AT&T Officially Launch Revolt Summit With New York Kickoff Event. The rapper, who famously was feuding with Nicki Minaj at one point, said to the outlet that many of the things Kulture did are the same as Reminisce.

The reality star and her man, Papoose, welcomed their first child in December. The reality star wrote on her Instagram, “the Golden Child is here.” Remy and her man have a reality television series called, Remy And Papoose: Meet The Mackies.

Reportedly, the rapper and her man had the baby through in-vitro fertilization, stating to the outlet that, “everything from day one was planned, and I’m just enjoying it.” The rapper says she even buys her daughter matching clothes.

Thus far, the New Yorker’s greatest challenge is breastfeeding, which she finds particularly difficult. The star described it as “such a dedication,” moreover, she said it was as if she had to give up her body entirely. Remy went on to say, “I’m trying to make it to the one-year mark.”

As it was previously reported, Cardi had her child five months before Remy. Cardi B and Offset from Migos, welcomed the little girl into the world last year in July. The news of the child’s birth came not long after it was revealed Offset and Cardi had gotten married in a private ceremony.

Interestingly, the friendship between Remy Ma and Cardi B is controversial to some fans, because like it was mentioned in passing above, Cardi B and Nicki famously got into a spat, as did Remy Ma and Nicki.

Cardi and Nicki’s feud came to its conclusion while at New York Fashion Week last year. The two female performers had to be separated by security personnel.