Reginae Carter's Recent Photo Has Fans Body Shaming Her And This Time, They Go After Her Edges - See The Controversial Photo

Reginae Carter shared a photo featuring herself in which she's showing off one of her cool outfits. But she probably was not expected such amoung of body shaming that she received in the comments section.

People went after her due to her edges this time and had a lot of opinions which might be considered offensive.

There were a lot of women who told Nae that she has really thin edges and that she should do something about it. 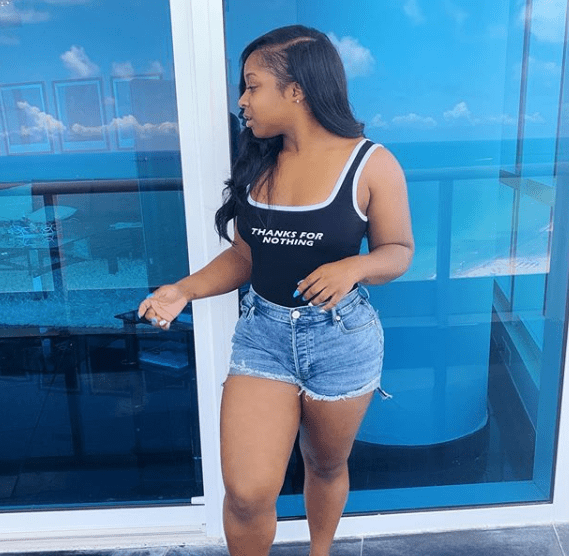 Someone said 'A lot of women has thin edges at some point in their life, I stopped using conditioner and regular shampoo, instead I used sulfur and shampoo and as a conditioner I would mix Indian clay with apple cider vinegar, that was almost three months ago and now my edges are fully grown back.'

There were also a lot of fans who defended Nae and understood that body shaming is always a terrible choice.

Someone said 'Lawd now y’all coming for this girl edges we all have experience some kind of breakage to our hair just stop ?'

One fan posted 'You got to be one miserable ass bitch to sit here and bash someone you don’t know and doing way better than you in life. If you put this much energy into your goals y’all will be perfectly fine. You bitches need a hobby.'

Someone else also praised Nae and wrote this: 'This young lady has a beautiful face, body, and soul. So please stop hating on her people. I am very proud of her for having the courage, and confidence to share her natural, beautiful self with this very phony world that picks you apart for not having a fake body or riches.'

Not too long ago, it was reported that Nae's boo YFN Lucci’s car was shot at.

The Shade Room reveals more details about what happened, and here’s what they have to say.

They reported that  Lucci’s vehicle was shot up in Atlanta last week in a drive-by shooting. The horrifying event reportedly left one person in the car injured but it was not Lucci.

Toya Wright and Nae's fans were worried following the news.

Blac Chyna's Fans Say They Have A Different Kind Of Respect For Her, Following The Wendy Williams Interview