Reginae Carter will celebrate her birthday this month, on November 29. She has already started partying as you can see in the videos below in which Toya Wright and Lil Wayne’s daughter is twerking like crazy.

Most of her fans adore the way she dances, but there are also the haters who are slamming her for the moves she’s making.

‘She couldn’t wait to be an adult okkkk boooo ??’ someone posted, and another follower slammed Nae and said ‘She looks older than 20 right here.. forget being a stepmother, here she really looks like an auntie.’

Reginae’s diehard fans hopped in the comments section, and someone said ‘Aint nobody turn nobody out if u aint from New Orleans u will never understand.’

Another follower posted ‘She is grown and having fun! Some of y’all need to take a shot and chill out! @colormenae.’

Someone else also defended Nae and wrote ‘Stop it this girl is 20 years old they got 12 and 13-year-olds doing way worse and younger in my city New Orleans is the home of twerking shaking or whatever y’all like to call it let the lady live.’

One commenter gushed over Reginae’s moves and posted ‘Didn’t even know baby girl knew how to twerk! Go head Nae!’

Reginae made headlines recently after she slammed haters who went after her and her boo YFN Lucci.

Reginae bashed a few Instagram trolls who were talking badly about him.

Someone told Nae that it would be good for her to grow up faster, so that her man, Lucci, wouldn’t look so much like a ‘creep.’

She responded, ‘Y’all love bringing up somebody else man. Where’s yours?’ 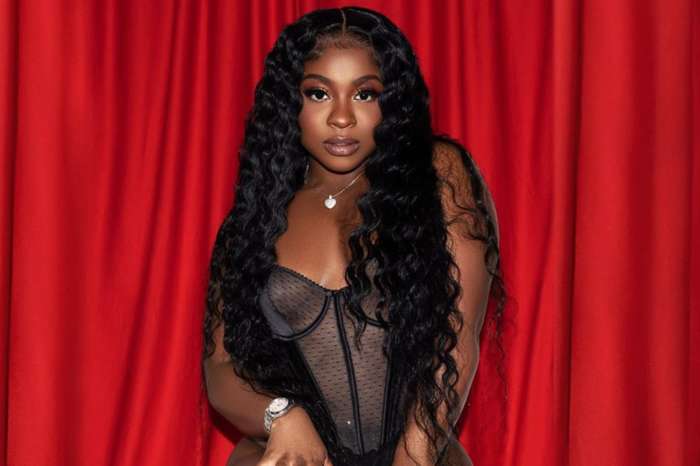